Jonathan Byrne: “I threw away $ 100 million worth of Picasso and Matisse paintings”

PARIS. During a trial last month, Yonathan Birn, one of the defendants, said he destroyed five paintings stolen in 2010 from the Museum of Modern Art. The paintings were painted by Picasso, Matisse, Modigliani, Braque and Fernand Leger.

“I threw them in the bin. I made the biggest mistake of my life, ”Burn said in the courtroom.

His words, however, did not convince either the judge or his accomplices, who considered Byrne “too clever” in order to destroy the masterpieces of painting. A number of researchers believe that the paintings have long been exported from France. 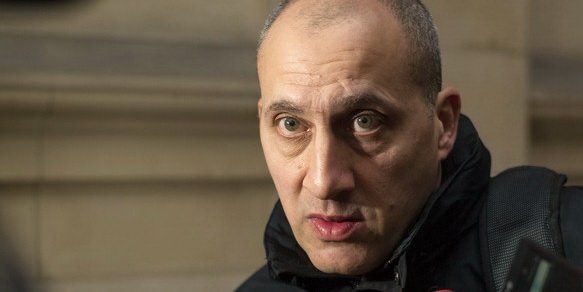 The main suspect, Vjeran Tomic, nicknamed "Spider-Man", according to French media in the past 14 times already been convicted of offenses. In his house, authorities found climbing equipment: gloves, ropes, shoes and tools. Tomic testified that at about 3 a.m. on May 20, 2010 he broke into a museum located next to the Eiffel Tower, having previously disabled the security systems. He took off the glass in the bay window and cut out a metal castle, which allowed him to move freely around the building. Tomic was supposed to steal a picture of Fernand Leger and, possibly, Modigliani, commissioned by the third defendant, 61-year-old antiquarian Jean-Michel Corvez (Jean-Michel Corvez). Along the way, he came across paintings by Picasso, Matisse and Braque, and decided to grab them too.

A few hours after the theft, Tomic offered all five paintings to Corvez, who was stunned by such an offer. Corvez admitted that he initially paid Tomich 40,000 euros in small bills only for Leger’s work, and was not sure that he would find buyers for the rest of the stolen paintings.

Concerned about the safety of the stolen goods, Corvez showed the paintings to his friend, 40-year-old expert Jonathan Burn. Byrne agreed to buy Modigliani’s work and hide the rest in his studio. He placed Modigliani in a bank safe. When the police began an investigation into the theft, Burn panicked. In May 2011, he took Modigliani from the safe, returned to the workshop, took out all the paintings from the stretchers, broke them and threw them into the trash.

Interestingly, during the interrogation, Tomic said that he was sure that Burn did not destroy the paintings, but hid them, while he did not hesitate to say that “these are my works of art”.