The word "bonsai" is literally translated from Japanese as "a plant in a low container." Many people think that the homeland of bonsai is Japan. But such a common opinion is erroneous. Bonsai art was born in ancient China about 2 thousand years ago. The first mention of it was found in the wall paintings of the tomb of Emperor Chang Hua. The figure shows the servants holding a bonsai. 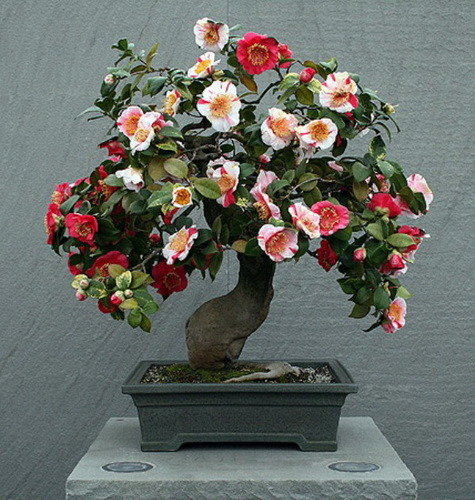 Ancient legends tell various stories about the emergence of bonsai art. One of these legends tells of a certain emperor who ordered to make a miniature copy, a model of the whole empire, in his garden. It was for the copy that miniature trees were created.

Bonsai was brought to Japan by Chinese monks around the 6th century. It was in Japan that bonsai art was finally formed and gained worldwide fame. The Japanese have improved and systematized methods of growing bonsai, as well as thought out the necessary rules and requirements for the plants themselves and its combinations with the decor and additional accessories.

Despite the common history, Japanese and Chinese bonsai have some differences. The Chinese are trying to copy natural plants and landscapes, while the Japanese are dispensing with allegories and allusions. For example, a small pebble on a wooden stand near a bonsai can mean a mountain range. But, despite all the differences, in China and Japan, bonsai is not just growing small trees, but a whole philosophy that requires a person to have certain qualities - justice, delicacy, wisdom and goodwill.

Advice to those who wish to order a site or a bonsai blog: contact Digital Angels, who already has similar experience. They will also offer you website promotion , which will help you make your creation popular and visited.

Traditional bonsai meets a number of requirements. The trunk should be strong, the root system - clearly expressed. The line of branches should be sharp and clear, and the vessel should have a simple shape and soft coloring.