The Italian painter Bruno Amadio , known throughout the world under the creative pseudonym Giovanni Bragolin , is one of the most mysterious artists of the 20s. His life began quite prosaically. He was born on September 22 in 1981 in Venice, the city of Padova. From childhood he was fond of painting, he studied the work of great artists at the academy. He did not finish his studies in it, he began to create on his own, developing his own manner of depicting the surrounding reality. His main income was to sell paintings to tourists. 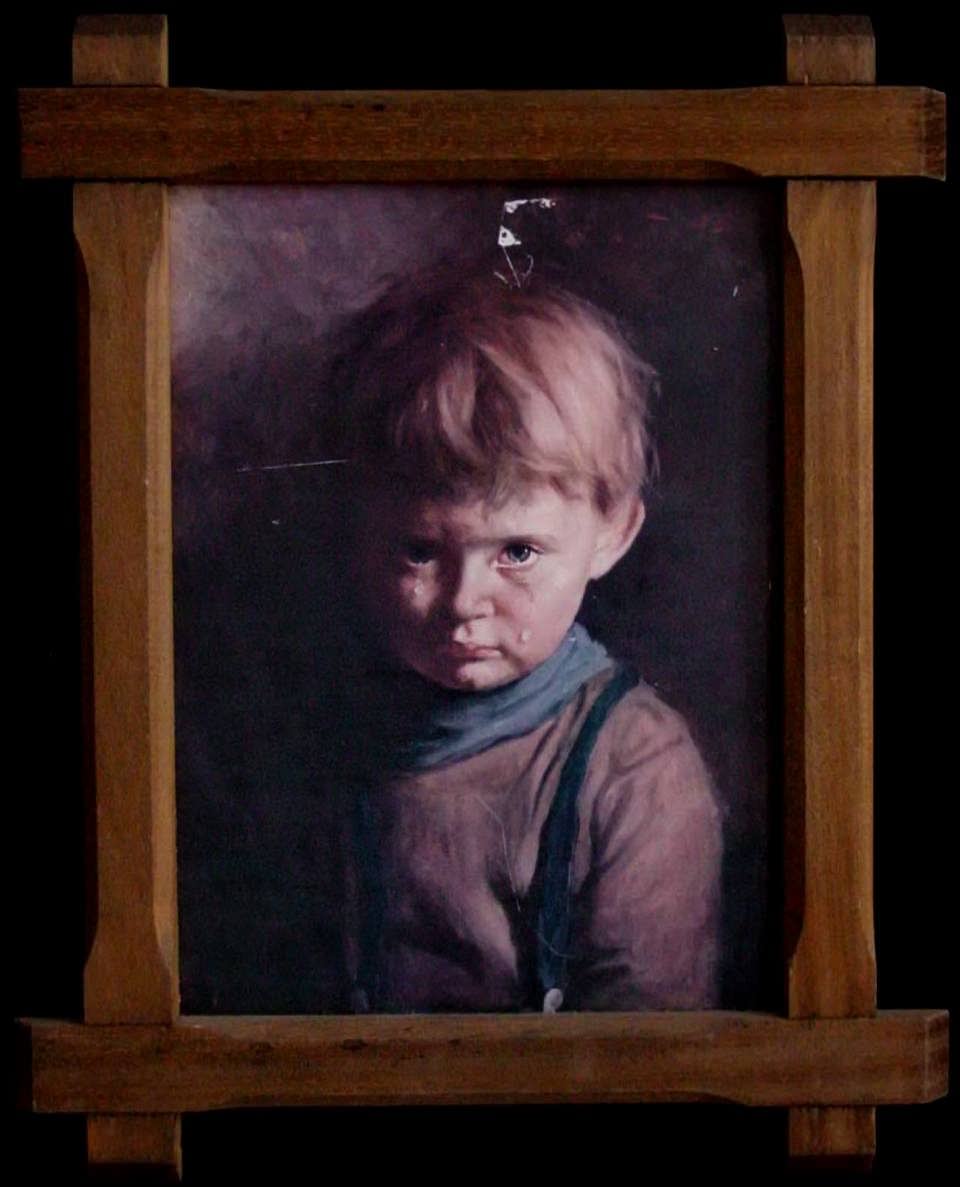 Bruno Amadio loved to portray everything that surrounded him. Among his works one could see: flowers, children, everyday scenes from the lives of various people, historical moments. But it was precisely the paintings with the image of crying children that brought him fame.

The history of the origin of the cycle of these paintings is still unknown. A huge number of legends are associated with them. The artist himself dubbed them the name "Gypsy Cycle", which depicted 20 portraits of crying boys. It is still unclear why the author named them so. After all, the children depicted in the paintings are completely unlike gypsies. The image of horror, suffering, despair and longing so awed ordinary people that the artist was ranked among the devil himself. However, the popularity of the 70-80s of these works was furious: reproductions were massively sold out by both poor and rich people.

The first wave of panic began with an article in the British newspaper The Sun. In it, the author talked about a married couple May and Ron Hall, who lived in Rotherham. They claimed that their house was burned down precisely after buying a painting that depicted a crying child. It burned to the ground, but the wall with the hanging canvas remained almost untouched. The couple were so frightened by this circumstance that they accused the painting of setting fire to their home.

What was it: an accident, an ordinary journalistic slap for attracting readers, or did the artist himself decide to attract the attention of ordinary people in this way? It is difficult to say for sure, but the editorial office received a flurry of letters, where readers reported similar incidents. They stated that all of their acquaintances or relatives who had acquired one of the reproductions with crying children were affected by the fire. In all houses, the fire destroyed everything except the “damned image”. From all sides such words as “corruption”, “curse”, “nightmare portrait”, etc. were heard. Moreover, there were eyewitnesses who claimed the following: they tried to specifically burn the portrait, but could not.

Journalists demanded reasonable explanations from the police and firefighters. And although the firefighters claimed that the causes of all the fires are quite real and explainable, he could not explain the reason for the inviolability of the canvases. In addition, during the investigation it was found out: some of the portraits that were discovered at the scene were not reproductions of Giovanni Bragolin, but copies made by Anna Zinkaisen.

Although firefighters continued to insist that the causes of fires were the usual neglect of fire safety techniques, and that the paintings were not touched by hard paper, which is difficult to set on fire, journalists did not believe them and continued to insist on the mystical cause of all the incidents. You can argue about paper, but there is a proven theory that states the following: if ordinary paper is immersed in ethyl alcohol, a pinch of salt is added, the paper is allowed to soak well, and then let the excess liquid merge and burn, then only the alcohol itself will burn, but the paper will remain intact. All this is explained by purely chemical properties. Accordingly, we can conclude that the artists could process something like their canvases to preserve them. But why did fires occur? Quite everything could be done with their own hands to create mysticism around their work and attract attention. After all, if you look at the biography of Bragolin, then it is rather scarce: born, studied, married, children, died of cancer of the esophagus. And only his work with crying boys is known.

Esotericists argue that these portraits themselves could well be the causes of fires. When a manual portrait of a person is written, part of his soul is sealed on paper. Not just among all peoples there are a lot of legends about cursed portraits, in which black magicians could even seal the person himself or tie his life to him. It is still unknown why the children cry on canvases: the most common version is that the author specifically frightened them, terrified them, and then painted them. The faces of the children of an ordinary person are brought to horror: wide-open eyes full of fear, resentment, despair, misunderstanding. The heart is breaking, looking at them. And, it is quite possible that the picture, after its completion, retained this energy. And through her already small sitters took revenge on those who hung their images at home.

The end of the story is extremely sad: people were so scared that they demanded that the authorities take action. A decision was made to destroy these paintings, after which they were burned out of town. But the legend of a crying boy still walks on the Internet, and modern mystics and researchers are trying to solve this mystery.