"Ecstasy of Mary Magdalene" sets a record at auction

The newly opened painting "The Ecstasy of Mary Magdalene", sold at the end of June at Sotheby’s auction in Paris, set a new record for the 17th-century Italian artist Artemisia Gentileschi. The work was purchased at an auction of old masters for 865,500 euros (1.18 million US dollars), which was three times higher than the upper estimate of 300,000 euros. 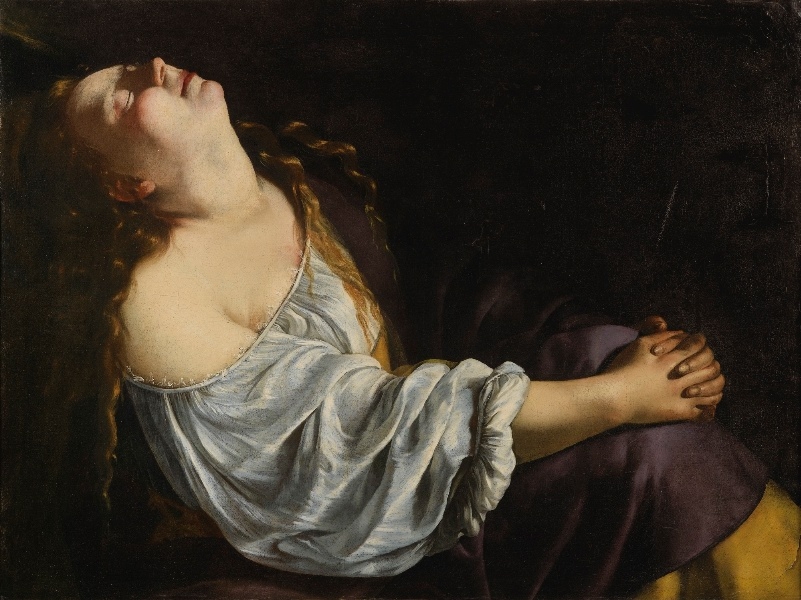 The painting “The Ecstasy of Mary Magdalene” is a large, dramatic canvas, recently found in a private collection in Southern France, and has been hidden from prying eyes for the past 80 years. Having barely appeared at the auction, the work immediately caused a rather fierce struggle between seven buyers.

Previously, only a black and white photograph of this painting was known, striking with its rich palette and amazing transmission of chiaroscuro, similar in style to the works of Caravaggio. Maria, with her long copper-gold hair, purple mantle and snow-white skin, becomes an object of study of human bliss from a nominally religious subject.

The daughter of the Tuscan painter Orazio Gentileschi, Artemisia was born in 1593 and was the first woman to be admitted to the Academy of Fine Arts (Accademia delle Arte di Disegno) in Florence. She became one of the few women artists who managed to achieve recognition in the world of post-Renaissance art, in which men dominated.

The painting “The Ecstasy of Mary Magdalene” was the last in a series of major art finds in the French provinces, giving hope that the art market in the country could be significantly enriched by newly discovered works put up for auction by the post-war generation.