What is KVN festival ? The KVN festival, as a rule, is an event that opens the season in many leagues. The format of the festival is somewhat different from the format of a regular game, teams, as a rule, play only one competition - freestyle. Festivals are different, the largest and most important KVN festival is called KiViN, and is traditionally held in Sochi. A huge number of teams come to this festival, because according to its results the teams are distributed in the official leagues of the International KVN Union, starting with inter-regional ones and ending with television leagues and directly with the Higher League. 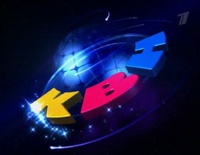 Of course, there are smaller festivals, and not only related to official leagues. For example, in Ukraine, a kind of analogue of Sochi - KVN festival “Pearl by the sea” , which takes place annually in the Odessa region and collects about a hundred teams from all over the country, both adults and children. But unlike most festivals, “Pearl by the Sea”, conducts not one competition in the framework of the festival, but full-fledged games between teams, which gives somewhat more experience for the participants, and is a significant plus.

Most KVN festivals are events that are inaccessible to the average spectator, in which the hall is filled directly with the participants of the teams participating in the festival. There are, of course, exceptions, but in most cases this is the case, and this of course has its pros and cons. Indeed, for example, to surprise an ordinary viewer is somewhat easier than the same KVNshchik, but topics for jokes can be somewhat different, which are understandable only to the inner world of KVN and cannot be brought to the attention of an ordinary spectator. At such festivals, as a rule, a pleasant atmosphere of friendship and kindness reigns, which cannot be a bad addition directly to the game itself. Due to its closeness to ordinary people, at festivals, as a rule, the best material for the season is shown, or new material is checked for games of the future season.

In any case, the festival remains the launching pad for any KVN team, no matter in which league it plays, and requires serious preparation and responsible attitude. And most importantly, the festival, in addition to the launch pad, is also a pleasant pastime, chatting with friends, meeting new people, and a lot of positive emotions that are sometimes lacking in life.