Museums that are not: gallery of Ivan Evmenievich Tsvetkov

At the end of the 19th century, an amazing house resembling a casket was built in Moscow. Barrel-shaped roof, beautiful weathercocks and balconies. This beauty of red brick was created by architect Lev Nikolayevich Kekushev and artist Viktor Mikhailovich Vasnetsov for a bank employee. And the construction was followed by Russian architects - Vasily Nikolayevich Bashkirov and Boris Nikolayevich Schnaubert. 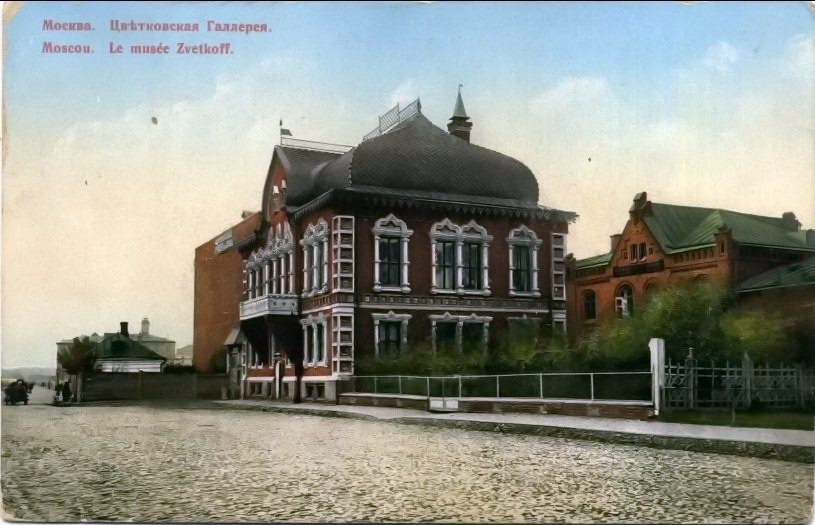 According to the memoirs of I. E. Tsvetkov, V. M. Vasnetsov quite responsibly and heartily approached the creation of the project, which was redone twice. During the construction, which lasted more than two years, Vasnetsov closely watched the progress of work. In 1901, Muscovites saw a fabulous tower. I.E. Tsvetkov, it cost 96 thousand rubles - a lot of money at that time.

Russian philanthropist and collector, founder of a private art gallery

Ivan Emelyanovich Tsvetkov was not just a bank employee. He was a philanthropist, keen on collecting works by Russian artists. That is why he became the founder of a private gallery. In his collections were paintings by Perov, Bryullov, Losenko, Vasnetsov, Fedotov, Polenov, Makovsky, Levitan, Repin.

Born into the family of a poor priest, he always strove for knowledge, so he graduated from a religious school, Moscow University, and then served in the Moscow Land Bank. Tsvetkov liked everything that was associated with art. He decided to collect paintings, but not the best, but ordinary drawings or sketches with a simple pencil, but his passion turned into a matter of life. In 1898, there was no longer enough room for his collection in the house. Thus was born the idea of ​​building a mansion for his private collection of paintings.

The entire collection of I.E. Tsvetkov was housed in twelve halls of the casket, which contained over 400 paintings, 36 sculptures, 1373 drawings. Chandeliers are an exact copy of those that were under Ivan the Terrible. And all these treasures, along with the house, Ivan Tsvetkov presented to Moscow in 1909. I.E. Tsvetkov was the permanent keeper of his collection, and invariably went out to guests in a velvet bathrobe and in a luxurious golden hat.

The fate of the collection of I. E. Tsvetkov under Soviet rule

The Soviet government nationalized the art gallery along with the casket. From 1917 to 1925, the gallery worked as a regular museum, and then was abolished. Its exhibits were transferred to the funds of other museums, in particular, to the Tretyakov Gallery. Only the drawing department was left in Tsvetkov’s mansion, and in 1926 the Tretyakov Gallery received a personal archive and books from I.E. Tsvetkov’s home library.

During the war, the mansion was the military mission of France, so the memorial plaque in memory of the French pilots of the Normandy-Niemen squadron was installed on the building. The second plaque on the casket is set in memory of collector I. E. Tsvetkov.