The Norton Simon Museum has announced the opening of a special exhibition dedicated to Edward Manet’s painting “The Railroad,” written by the artist in 1873 and allocated to the museum for display by the National Gallery of Art in Washington. 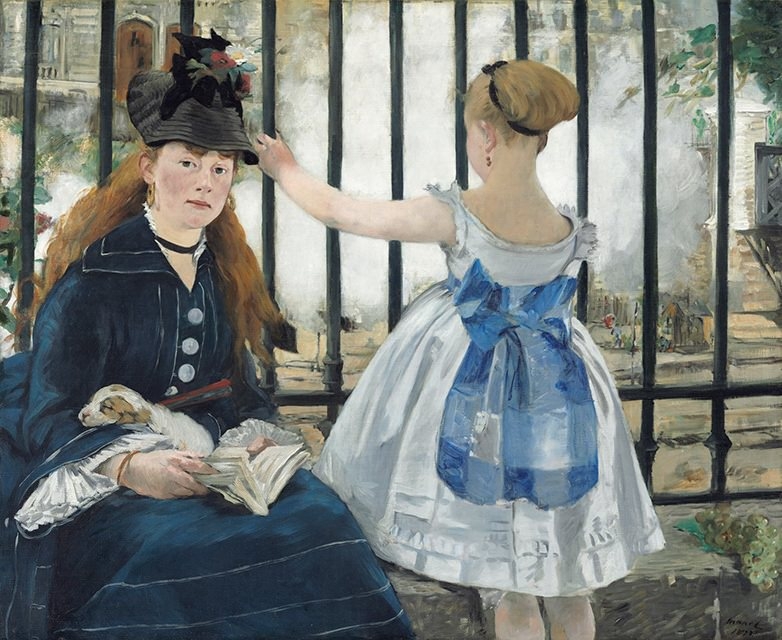 This poetic canvas perfectly shows the characteristic manner of writing of the artist, his magnificent sense of color and amazing vision of the composition. The scene depicted, as if instantly snatched from life, shows us a woman and a girl at the Saint-Lazare train station, near which the Manet studio was for many years.

The painting, which is both a portrait and a genre scene, depicts one of Mane’s favorite models, Quiz Meran and the little daughter of a friend of the artist, Alfons Hirsch. Did the painter want to show us the contrast between a carefree youth and conscious maturity, or simply conveyed a colorful scene from the life of the city? We can only guess, but the fact that his work helped us see the daily life of Paris of that time is undeniable.

It should be noted that the picture will be exhibited for the first time on the west coast of the United States, and the exhibition itself will open on December 5 and last until March 2, 2015. If in the near future you are not going to travel outside the country, you can find interesting art events in our capital. There can be many answers to the question "where to go in Moscow 2014". So, from December 9 to 21, the Central House of Artists will host a very colorful exhibition of works by the South Ossetian painter Khasar Gassiev, and now, in the Exhibition Hall of the Union of Artists of Russia, you can see a wonderful exhibition of paintings by Kostroma artists.