According to various estimates, two-thirds of the works of old masters are considered lost. Many of them are known from archival or primary materials, and yet today we have no idea where they are. Some of these lost works are even more important to art than those that have survived. When we study the history of art, we usually take as a basis the core that has been preserved. This is understandable, it is easier to study what you can see for yourself. But, for example, archaeologists study what is lost, trying to restore the object with the help of their knowledge, imagination or the digital technologies that we own. Why does this method work so rarely in relation to art?

Studying the history of some lost works can illuminate the dark side chapels of the history of art, and some personalities may appear before us in a completely different light than we used to see them. On the other hand, such knowledge will make us take a more careful attitude to that art, use modern security methods and protective films that we own today and not take it for granted.

Few people understand that the most important figure of the Renaissance - Michelangelo - began his career as a falsifier of sculptures. Today, his work decorates even covers for smartphones, and frescoes and drawings have acquired an incredible price, but for now he was young and unknown to anyone. The most valuable sculptures in the Italian art market at that time were ancient Roman marble statues. Michelangelo seems to have set out to create a sculpture that can be sold as original, ancient. His first biographer, Paolo Giovio (1483-1552), wrote: “Michelangelo achieved the highest fame in sculpture when he made Eros from marble and afterwards kept him buried in the ground for some time, and then introduced him to the light again, but with those the stains and marks that he acquired, as well as other minor imperfections that were deliberately applied to her so that Eros looked like an ancient one. Then he sold it for a great price through an intermediary to Cardinal Riario. ” 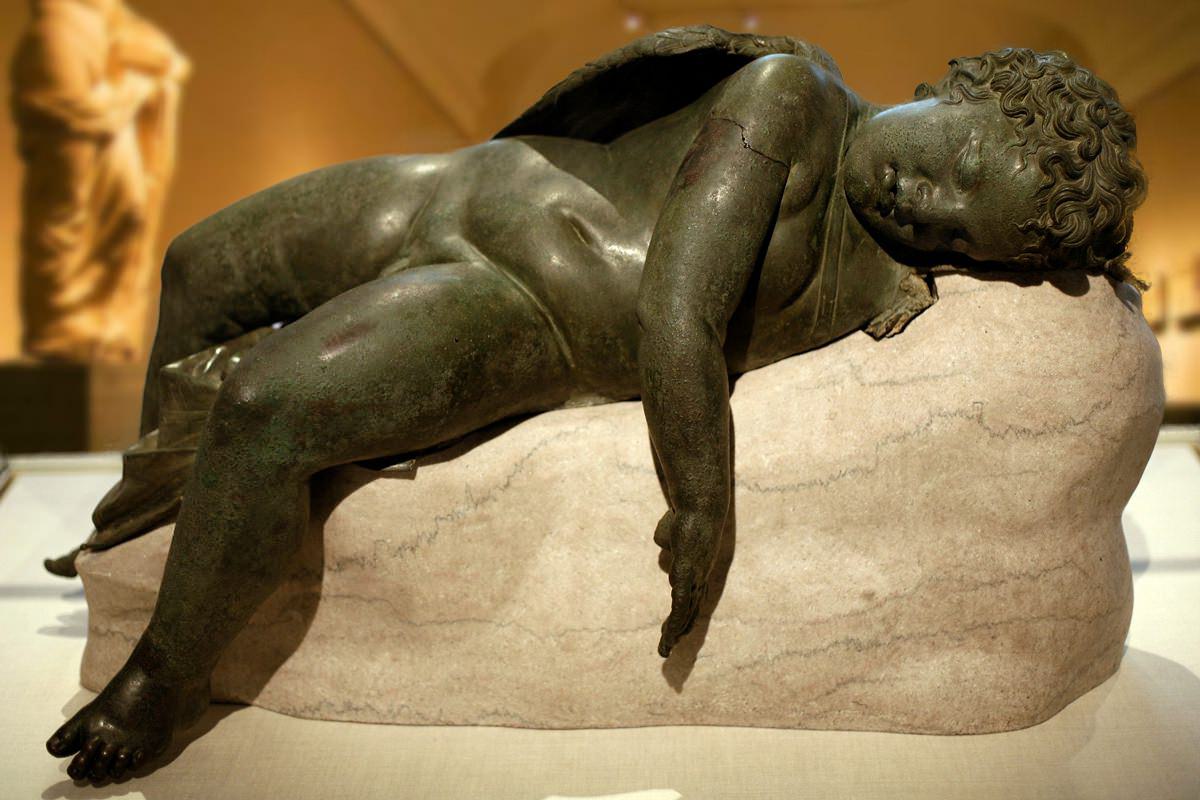 Michelangelo made The Sleeping Eros in 1496, when he was only 21. But the truth surfaced, and the cardinal returned the statue to the dealer, Baldassar del Milanese, who again sold it without any problems. So the statue was first in the collection of Cesare Borgia, and then at Guidobaldo da Montefeltro, in Urbino. In 1502, Eros again came to Borgia, who took it as a payment of the debt, and then presented it to Isabella d’Este in Mantua, where the statue took its place of honor as the original of Michelangelo.

So the statue, which existed under the guise of an ancient Roman artifact, became more valuable after six years, when the truth became clear, and its author began to gain popularity.

The Sleeping Eros remained in Mantua until it was bought by King Charles I and delivered to England in 1631. Unfortunately, the statue was destroyed, probably during a fire in Whitehall, in 1698. And Cardinal Riario, meanwhile, did not seem to be too saddened by the scam in which he had a chance to participate, and became Michelangelo’s first patron in Rome. Interestingly, the famous biographer of the Renaissance artists Giorgio Vasari does not mention the story of Sleeping Eros, probably in order not to cast a shadow on the name of the already famous artist, and another contemporary of Michelangelo, Ascanio Condivi, writes that the sculpture was declared ancient by the initiative of an unscrupulous mediator thereby removing the blame from the artist.

Sleeping Eros, of course, was not the only fake made by Michelangelo. Even Vasari, a close friend of Michelangelo, and his biographer, without any hesitation writes that the artist was in the habit of copying other people’s drawings for the sake of earning and replacing the originals with them. “He copied the drawings of the old masters so beautifully that his copies could not be distinguished from the originals, so subtly he tinted and aged the paper.” What exactly did Michelangelo fake? Have his fakes survived to this day? Is it possible that some of the masterpieces known today do not actually belong to the brush of their "authors"? There is no answer to these questions, and it is unlikely that he will ever appear.