The wonderful world of portraits of Jean-Etienne Lyotard

The little girl flinched. Too young to sit still, she fidgeted inside the stiff husk of her dress. White hair and eyelashes, the same as the boy next to him, showed brother and sister in them. All this was watched by a bearded, extravagantly dressed man in a Turkish suit. This man was the Swiss artist Jean-Etienne Liotard (1702-1789), the genius of pastel portraits. 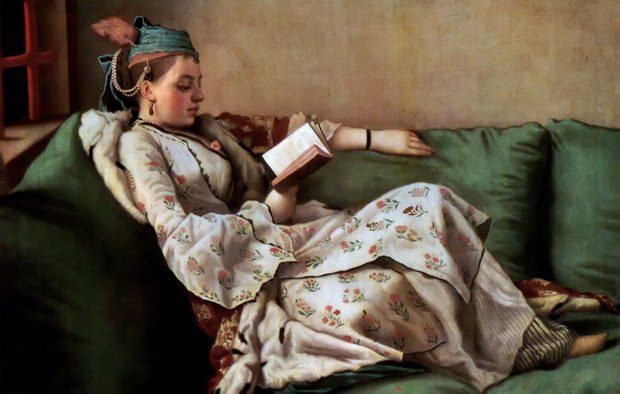 A bored teenager, a tired and sad widow, an arrogant lady or a lord who remained in his soul a juvenile bully - they all look at us from the portraits of Lyotard as from photographic cards, their moist lips, the defiant fringe of the dress and the sparkle are so true jewelry made of natural stones . In the hands of Lyotard, the pastel comes to life and becomes free, fast, as opposed to a slow and heavy drying oil. That is why the whole elite of Europe, from the crowned persons to the first beauties and representatives of the enlightened intelligentsia, was written to the artist in the queue.

The very figure of the artist delighted the public with his strangeness. Self-portraits depict him smiling, with a pinched mouth, wrapped in Turkish clothes or in high fur hats. His beard looked like a huge nest, until he shaved it off, marrying at the age of 54 years a woman, much younger than himself. 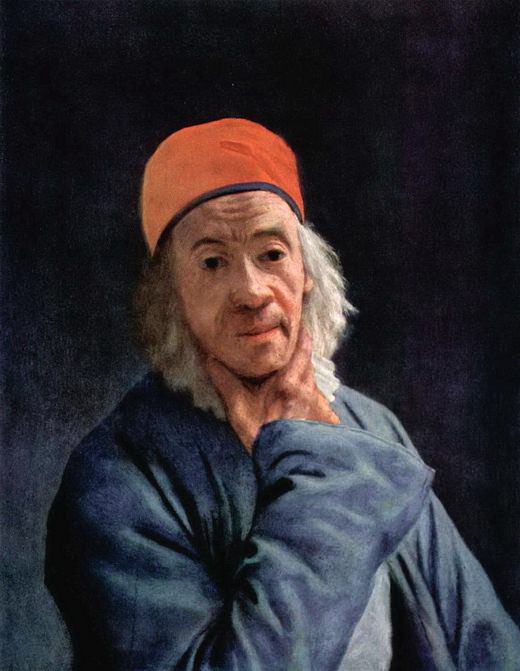 One English critic once mockingly remarked that it was a beard that was a real measure of the artist’s success, and this is true. Largely thanks to his self-portraits, he gained fame. He was an excellent portrait painter, a master of expressive gestures and facial expressions. Look at the portrait of his little daughter: holding a doll, she raised one finger, as if warning - silence, my child is sleeping!

The son of the French Huguenots who fled to Geneva, Lyotard initially trained as a miniaturist, and then moved to Paris. This was followed by Rome, Venice, Amsterdam and even Romania - everywhere they were ready to pay for his portraits. His largest client was Empress Maria Theresa in Vienna. He painted her children on translucent paper, achieving an unusual, delicate shine: the personality of each child seems to shine through the paper. 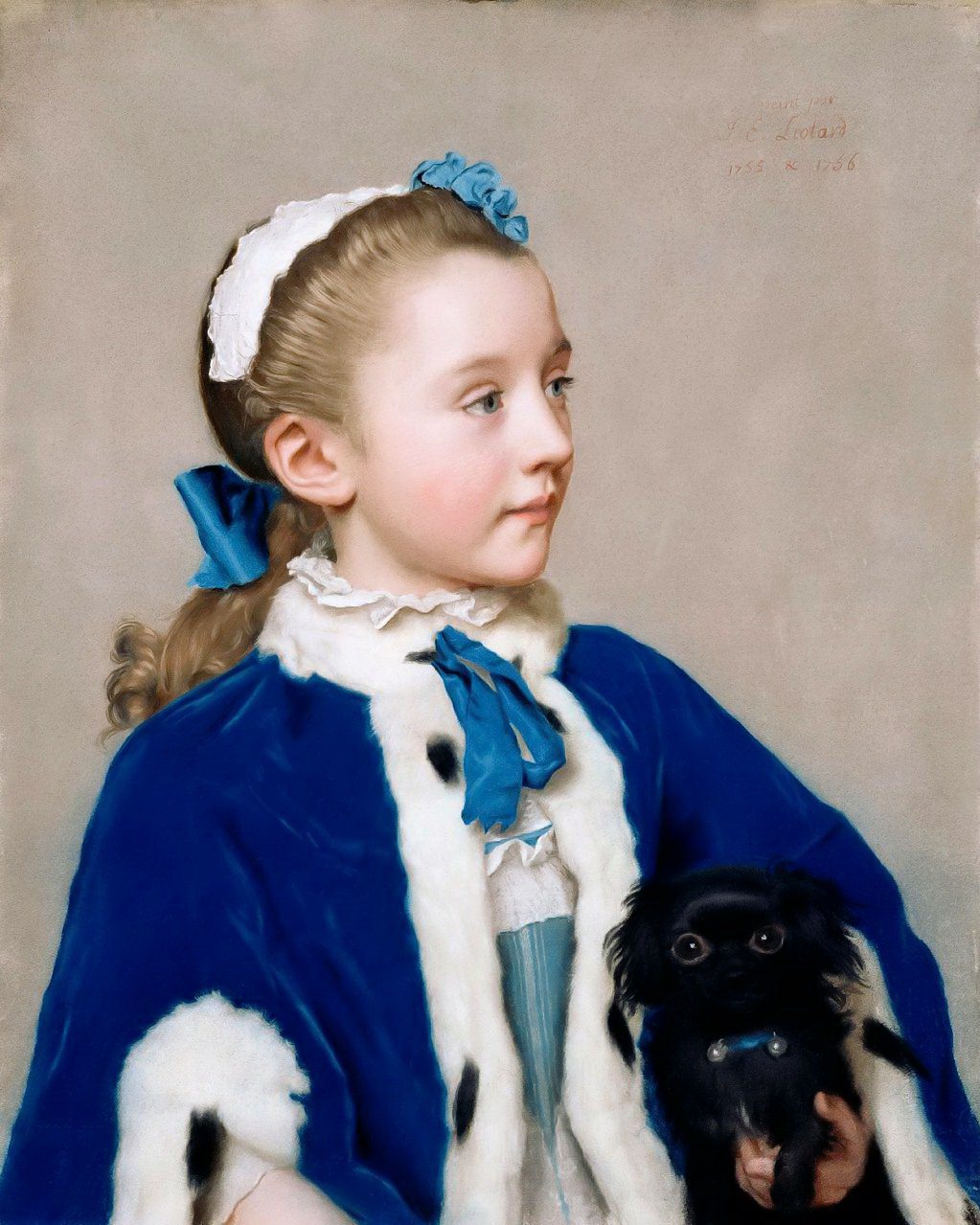 The Empress always took these portraits on all her travels. In many ways, this contributed to the spread of fame about the artist throughout Europe. In addition to pastel, Lyotard used chalk, paints, and enamel in his work. In each of his works, the artist managed to find something new, fresh, revealing to us the personality of each of his models. 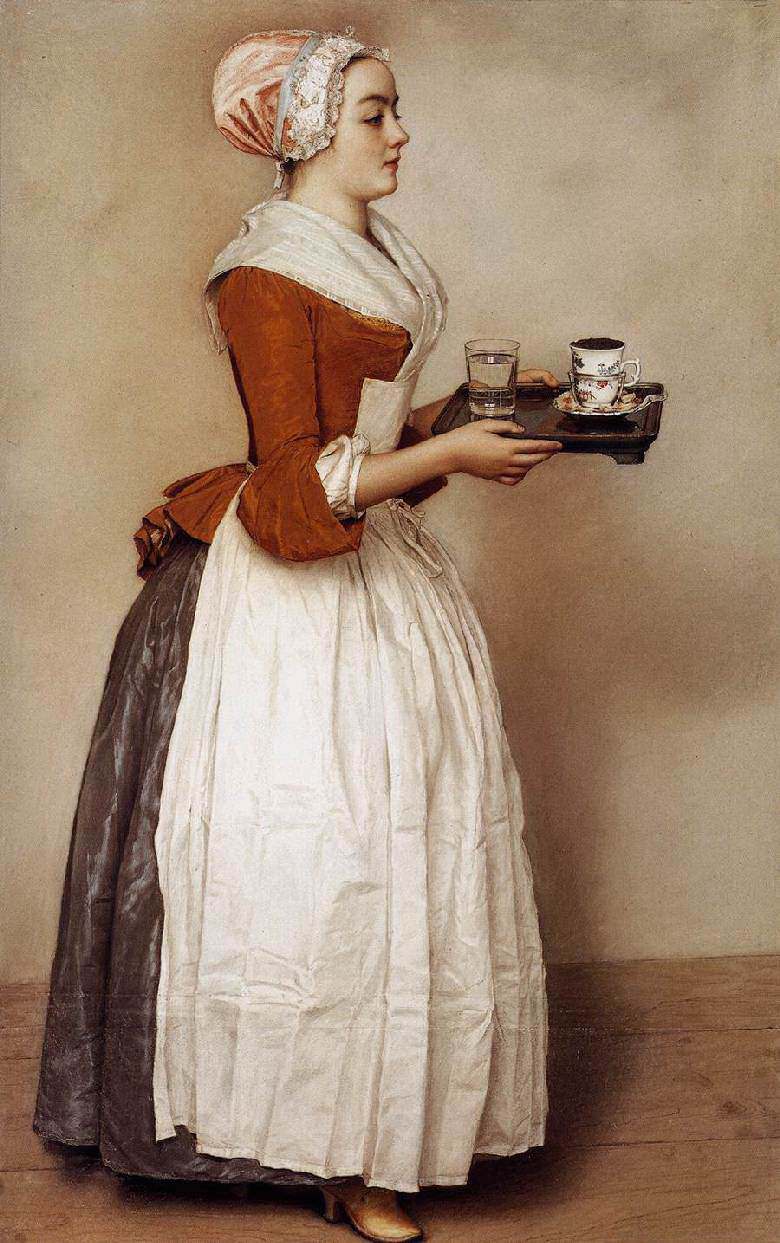 Perhaps, few people are not familiar with the most popular work of the artist, the famous "Chocolate Girl" ("La belle chocolatière"), a portrait of Anna Baldauf. But how did the court painter, who painted Madame de Pompadour herself, come down to a portrait of an unknown girl? Legends envelop this story, and according to one of them, the beautiful Anna, who worked in one of Vienna’s confectioneries (according to another version, she was a chambermaid of the empress), immediately defeated Prince Dietrichstein, who, contrary to society and family, married a girl and ordered her portrait to the most fashionable artist. The portrait was so successful that it instantly became a logo - one of the first in the history of economics. Today, this image adorns the chain of coffee houses "Chocolate Girl".

Many legends are connected with the life of Lyotard himself, his relationship with his wife and relatives, and even with the very fact of his birth. Perhaps the consequence of these secrets was that so far in Europe there has not been a single full-fledged exhibition of his paintings. This fact was only recently corrected - the first major exposition of pastels and enamel miniatures of Jean-Etienne Lyotard opened in the UK.