On Wednesday, the London National Gallery focused on what it would prosecute for reselling tickets to its incredibly popular exhibition paintings by Leonardo da Vinci . These tickets have recently begun to offer on the Internet at a price of 300 pounds apiece ($ 470). 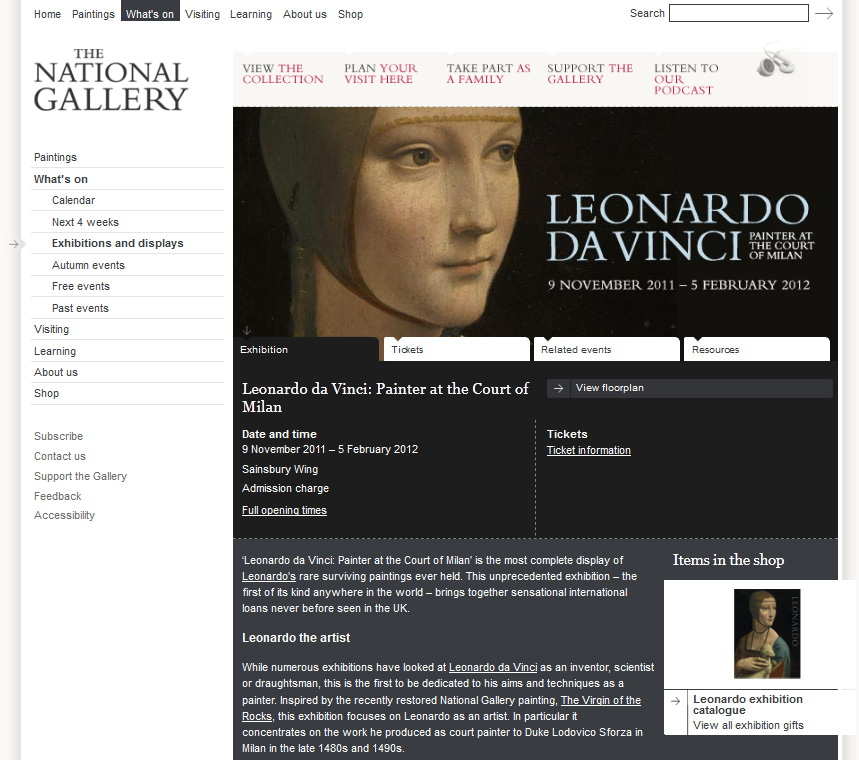 The regular ticket price for the Leonardo da Vinci: Painter at the Court of Milan exhibition, which put together the maximum number of Leonardo’s few canvases, is 16 pounds ($ 25). The exhibition opened on November 9, and closes on February 5, 2012, tickets for it were quickly sold out to art lovers in the UK and beyond.

“Of course, we are very disappointed with the resale of tickets for benefits,” the gallery’s spokeswoman said. “The resale of tickets for the Leonardo da Vinci exhibition is contrary to the rules and conditions for their sale, and this information is printed on the tickets. Our website clearly states: "Tickets that have been resold will be invalidated without refund, and the bearer will be denied access."

She also added that the gallery turned to ticketing companies and resale websites to stop it immediately. “We accompany Leonardo tickets with a check,” the spokeswoman said.

The gallery insisted that only a limited number of tickets be sold daily, but there is a warning on its website that visitors will have to stand in line at the box office for up to three hours, and then another in order to get to the exhibition. 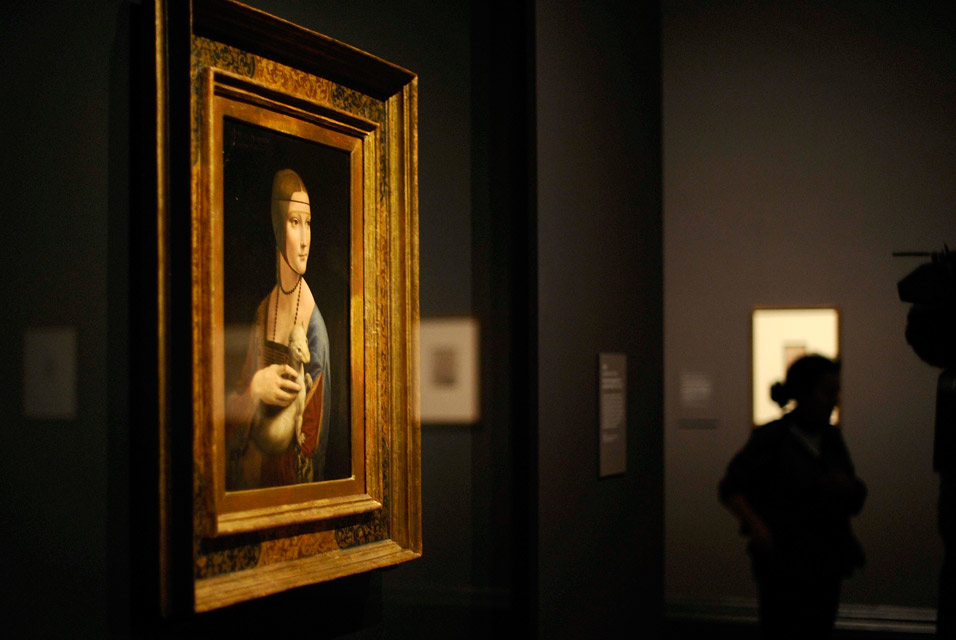 In the hall of the London National Gallery, where “Portrait of Cecilia Gallerani” (“Lady with an Ermine”) Leonardo da Vinci, on display at the exhibition “Leonardo da Vinci: an artist at the court of Milan”. Photo: REUTERS / Dylan Martinez.

The site also advises owners who can’t come to provide their signed ID letter if they want to transfer their ticket to someone else.

On Wednesday, two tickets were offered at the eBay online auction for £ 600 ($ 940), although most often the tickets are not so expensive, and sometimes cheaper than their original cost. (At the time of publication of the news on eBay, there are several proposals for the resale of tickets for the Leonardo exhibition).

The exhibition boasts nine of 15 or 16 famous paintings by Leonardo, including the painting “Christ, Savior of the World”, which has only recently been attributed to the artist’s work, although some experts still doubt its affiliation.

In the lists of the National Gallery, the picture is described as the original. She was sold under the hammer at Sotsbis in 1958 for 45 pounds, as she was considered the work of one of Leonardo’s students.

According to ARTnews, now the picture belongs to a consortium of dealers, which includes Robert Simon, a New York specialist in the work of old masters. Experts estimate the canvas at about $ 200 million, but Simon told the press that it is not for sale.

The National Gallery has collected almost all of Leonardo’s famous paintings painted in Milan, where he served as a court painter with Ludovico Sforza in 1482-1499.