"What are you talking about?" About the rapidly changing language and unpredictability of life

MOSCOW. Corpus publishes a fascinating and witty book on the evolution of the Russian language. 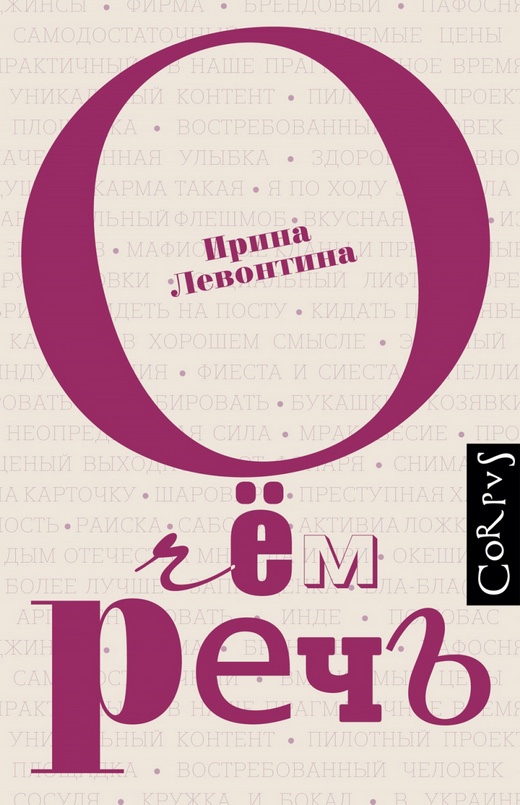 Good books are rare in themselves, and even more so about the Russian language. The editions, from which the jaw cuts the edge, and the consciousness refuses to accept what is read, are a dime a dozen. Corpus pleased Irina Levontina with a collection of “What is it about,” in which clever thoughts are presented easily, clearly, and cheerfully. No furious terms and lengthy thoughts. An analysis of the evolution of the native language turned out to be a lively, witty conversation about the metamorphoses that occur with it. The book was a logical continuation of "Russian with a Dictionary", published 5 years ago. New times have brought not only neologisms to the language. They brought back to life old words that had gone, as it seemed quite recently, into an irrevocable past. And with them, and a slight bitterness and regret for unfulfilled. About the goals that have changed for the powers that be, for which a stable and prosperous life no longer means no upheavals, with the ability to make plans for the future, talk about what you think, and be with the whole world, and not against it. And the old vocabulary is being pulled towards new goals and the order is to think more about the Homeland, and then about yourself.

The book contains many interesting examples, reflections on canons, the inviolability of which can sometimes be doubted, about xenophobia in relation to "regionalisms", about unexpected stresses, vulgarisms and parasitic words. In his interviews, Levontina regrets the paradoxical nature of generous funding for teaching Russian abroad and the lack of state support for domestic linguistic projects that survive only due to the enthusiasm of the ascetics. About the shameful need for crowdfunding for organizing expeditions of dialectologists and much more. The popularization of our culture through the study of the Russian language and the strengthening of friendly ties is an urgent and noble occupation. But it is extremely important that those who speak it from birth are more interested in it, improve it and skillfully use it.

The possibility of a miracle is still not excluded. The main thing is that during the next five years, phrases, words and atmosphere from the late 30s of the last century and the desire to walk in order do not return to our daily routine.