MOSCOW. The dream to be in a fairy tale has become a reality. Revived Andersen’s tales. 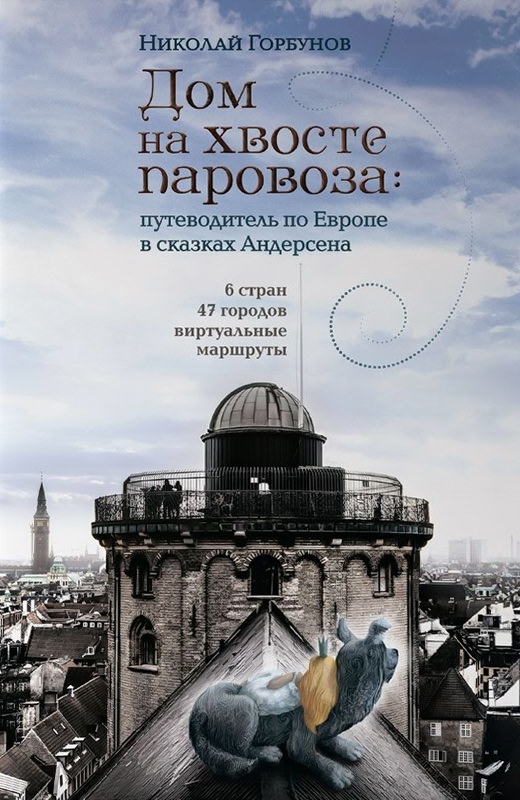 “The house on the tail of the engine. Traveling Europe in Andersen’s Tales ”is a literary guidebook by Nikolai Gorbunov, created as part of his project“ The Clutch Pedal with Reality ”. The idea of ​​“materializing” the book space enthralled the successful IT specialist so much that as a result led to a change in the sphere of activity. To create travelogues (from the English travelogue) Gorbunov was inspired primarily by his native Petersburg, whose streets are “remembered” by the heroes of the books of Dostoevsky, Pushkin, Saltykov-Shchedrin. The impulse was the acquaintance with the travel notes of Peter Weil and the expedition to Finland to the places described by Tove Marika Jansson in books about Moomin trolls. One of the listeners of the Moscow lecture on the trail of the Moomin trip turned out to be a representative of a well-known publishing house. Livebook / Gayatri specializes in publishing ironic prose, talented and innovative works by contemporary authors, as well as non-fiction. Thus was born a wonderful guide book on Andersen’s tales. Acquaintance with her does not imply a cursory, diagonal, viewing, but reckless, like Alice’s in a rabbit hole, a jump into the unknown.

Andersen was a talented storyteller and a great traveler. The wanderings, by his own admission, invigorated him, became a breath of fresh air, excited inspiration. He did not sit still, trips around Denmark and beyond followed one after another. A subsidy from the king, received thanks to the efforts of friends, worried about the depression of the writer, allowed to go in 1833 on a many-month trip to six European countries. The result was not slow to affect. The novel “Improviser” about the poet Antonio, which soon appeared, became a bestseller. The very first collection of fairy tales at that time was not appreciated, success came to them much later.

Traveling through 17 fairy tales, known and not very well, in the book of Gorbunov is equipped with maps, fascinating stories and detailed descriptions of places and architectural objects mentioned by Andersen. The reader receives detailed instructions that will facilitate the study of the virtual route and inspire real voyages. Special QR codes open links to Google maps for each specific route.