TEL AVIV. These days in Tel Aviv (Israel) is the VI International Festival "Children’s Petersburg" - the annual cultural project of the Government of St. Petersburg. The official opening of the festival, the gala concert of classical music “Russian Souvenir”, with the participation of young musicians - laureates and diploma winners of national and international competitions, took place in the Cultural Center “ENAV” at the City Hall. They sang: “A leaf from an album” by Wagner, “Seasons: Winter” by Vivaldi, Etude cis-moll op. 2 No. 1 Scriabin, Transcendental sketch f-moll Liszt, “Awakening” Foret, Polka As-dur Rachmaninov, “Tsapateado” Sarasate and others. The concert was a great success, the audience applauded standing. 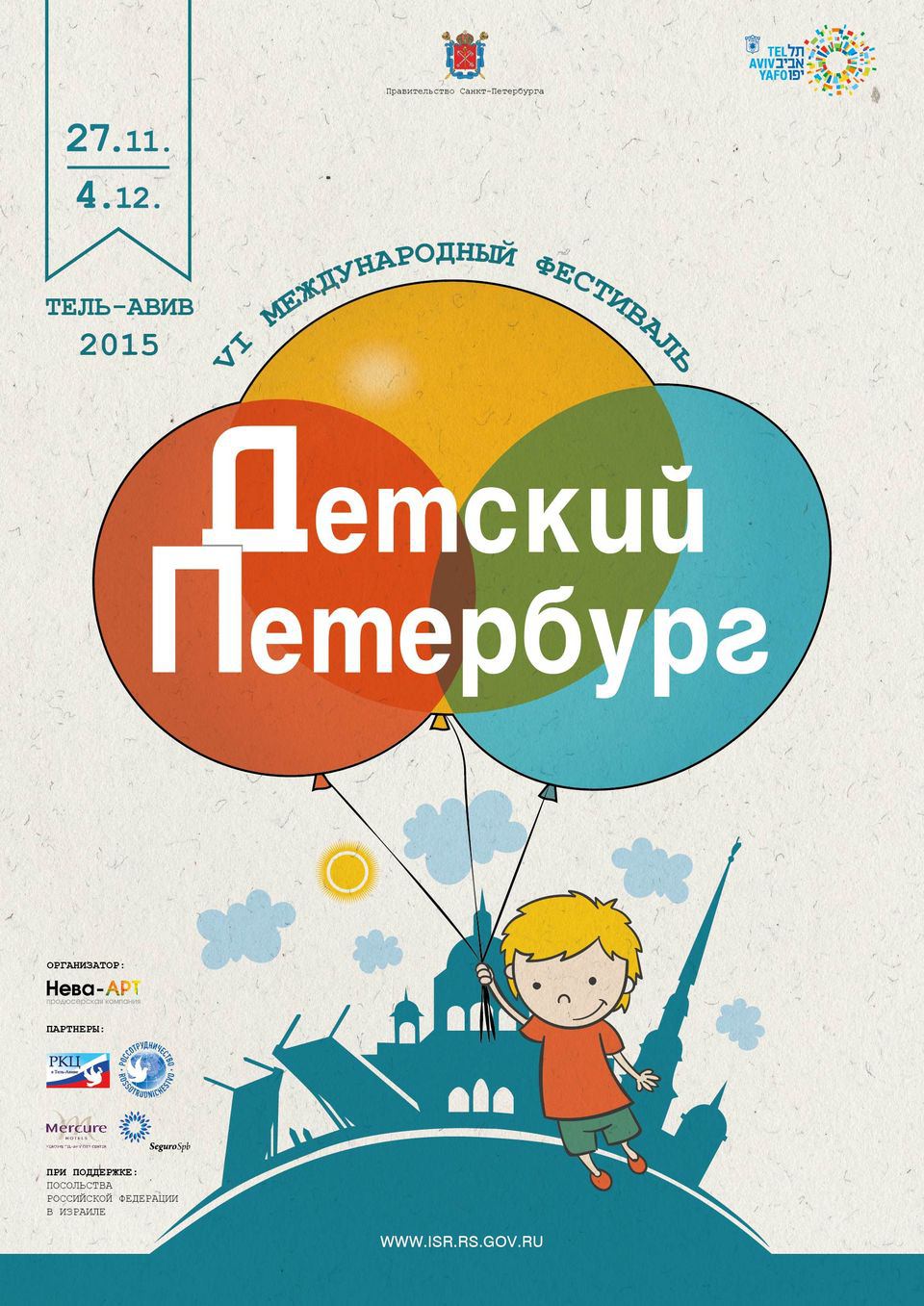 The performance of the St. Petersburg Bolshoi Puppet Theater, an interactive musical puppet show "Fun Concert", was held immediately at three city venues. Two clown heroes involved young spectators in the mysterious world of the theater and presented puppets of different systems: riding (cane), controlled from below by puppeteers hidden behind a screen or other object; grassroots (puppet dolls), controlled from above with the help of threads; growth - fairy-tale characters in all human growth; tablet or parquet dolls that can walk on the floor, parquet, table and any other item called a “tablet”; glove dolls, which are put on the hand and allow one of its movements to draw the viewer into the game.

Yesterday evening ended with a master class in the art of ballet. Ilya Kuznetsov, Honored Artist of Russia, introduced the basic principles of studying the basics of classical dance to young participants, who, in addition to numerous titles and awards, is the founder and artistic director of the Ilya Kuznetsov Children’s Ballet School network. And tonight, at the Russian Cultural Center, an actor of theater and cinema, one of the brightest and most respected teachers of the St. Petersburg Academy of Theater Arts, the School of Russian Drama Institute, the artistic director of the Naive Theater Andrei Shimko will conduct a master class in acting, whose program will include exercises: on the development and training of attention, on the development of skills in muscle memory, on the foreboding and the generation of feelings, on teamwork, on coordination of movement, etc.

Also, throughout the days of the Festival, the exhibition of children’s drawings "Petersburg through the eyes of the child" will be held at the Russian Cultural Center in Tel Aviv. The best works of students aged 9 to 16 years of St. Petersburg art schools were selected by experienced art historians. The drawings, made in different styles, genres and techniques, united “reasoning” about the Cultural Capital of Russia - St. Petersburg: quiet streets, courtyards, gardens, parks, fountains, canals, bridges, cozy houses, architectural masterpieces and a peculiar symbol of St. Petersburg - white nights.