KRASNODAR. On November 5, the Youth Theater presented the audience with the production of Nabokov’s play “The Event”. The production was staged by Konstantin Demidov, a director invited from the capital. Some Krasnodar theatergoers have already managed to see the "Event" before the official premiere. 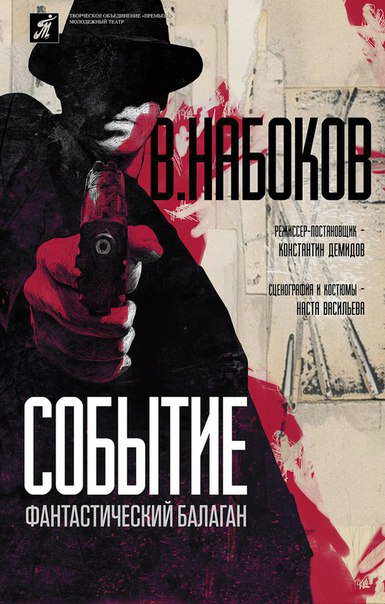 The artists of the Youth Theater took part in the events of the “Night of the Arts”, which took place in Krasnodar on November 3, by pre-premiere screening of their new work - the play “Event”. Entrance to the theater for this performance was free. Nikolai Tabashnikov, director of the Youth Theater, said that the Nabokov play appeared in the theater repertoire thanks to Konstantin Demidov, the director, who became the director of "Events".

When the theater management began negotiations with Konstantin Demidov, which aroused interest not only in directorial work, but also in the experience of acting, the question immediately arose about choosing a play. During these negotiations, it was decided to stage V. Nabokov’s play “The Event”. I wanted to create a play based on a work that did not appear on the stage or on the movie screen too often.

The director took two and a half months to stage the performance. Demidov was afraid that he could not meet the allotted time, but everything turned out fine. The audience took an unusual production, staged in an unusual stage space, with loud applause.