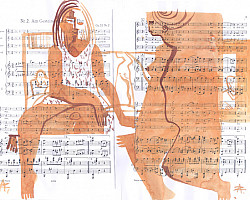 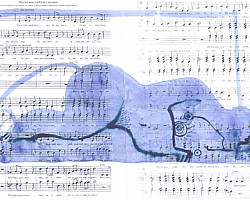 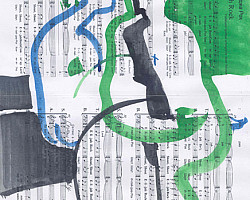 Man is always on the way. Often he does not remember how the path began, and does not know where it will end. Art is a path whose goal we choose ourselves. My goal is to go beyond the usual forms and associations, to get away from recognition. The exhibition presents several series of sketches made in the Borey gallery, and collages - abstract compositions based on these sketches. Sketches in this case embody a kind of intermediate state between nature and abstraction. This is the reverse process of completing a blot. Not the identification of familiar images in the pointless, but the transformation of a figurative image into an abstract composition.