House for cars. Bakhmetyevsky and other garages

The Jewish Museum and Tolerance Center presents the exhibition “House for Cars. Bakhmetyevsky and other garages ", which will show the era of the 1920s-1930s from a not quite familiar side: through the prism of the history of the Moscow garage. The famous formula of Le Corbusier (“Home is a car for living”) only partially describes this dynamic time. The car is the same age as modern art, and the garage (house-for-car) has become one of the symbols of modernist architecture, inspired by industrial aesthetics. 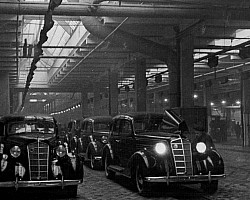 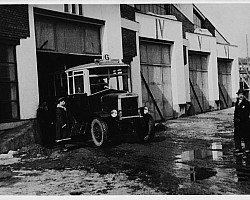 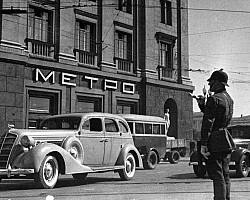 The Moscow garage is associated with the name and works of Konstantin Melnikov. In fact, there are many more garages and the names of their creators. The viewers of the exhibition will discover a whole world in which art and technology, love and political reasons were closely intertwined.

The exposition in the space of the Jewish Museum - the former Bakhmetyevsky bus depot, built in the second half of the 1920s - will include three thematic sections that not only recreate the image of the era as a whole, but allow you to feel the specifics of the first decades of Soviet motorization and see the beauty of early garage architecture…

Each of the sections will have a main historical character, a key figure helping the viewer to immerse themselves in the topic. This is Lilya Brik at the wheel of a Renault donated to her by Vladimir Mayakovsky; Viktor Shklovsky, who mastered the auto business during the First World War and periodically published feuilletons in the magazine "Za Rulem"; as well as engineer Lev Davidovich, who developed the technical side of the projects of almost all well-known Moscow garages of the 1930s.

The exhibition will show projects of garages of the 1920s-1930s from Moscow and federal archives, including materials previously unknown to the general public, vehicles of this period, personal belongings and documents of such famous heroes of their time as Vladimir Mayakovsky, Viktor Shklovsky, Konstantin Melnikov, Vasily Shukhov and others. As well as works of painting, graphics and sculpture from the State Tretyakov Gallery, the Pushkin State Museum of Fine Arts, the State Research Museum of Architecture. A. V. Shchusev, V. V. Mayakovsky Museum, Museum of Moscow and private collections.

An extensive educational program of events will be prepared for the exhibition - lectures, master classes, film screenings and discussions.