In modern author’s animation, there are more and more directors who become the artists of their films. It is important for them not only to tell the story, but, first of all, to develop a distinctive visual language that ceases to be an auxiliary tool for the narrator - it literally transforms the story, determines the impact of the film on the viewer. The exhibition is intended to introduce such authors - Russian animators, whose works are distinguished by non-standard graphic, narrative and technical solutions. The exposition presents 13 films and working materials for them: sketches, storyboards, drawings, frames, collages, photographic documents. 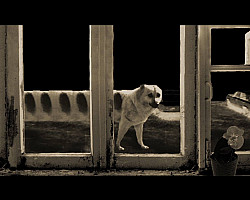 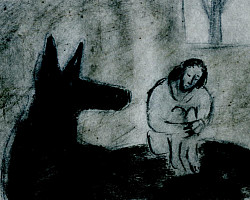 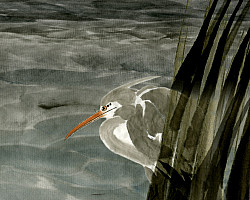 The possibilities of animation are amazing: it allows you to use and combine various techniques, it can serve as propaganda or, conversely, become a mouthpiece for freedom and social criticism, be educational, documentary, provocative, crushing stereotypes. Authors can cite and rework masterpieces of literature and art, revitalize existing visual styles, or create entirely new ones.

It is not easy to understand the directions of animation, especially since they mix easily. Experts conditionally distinguish two meta genres - applied (serving specific tasks) and author’s animation. The participants of our exhibition work mainly in the framework of the second direction, and when creating films they are limited only by the horizons of their imagination.

Some of the authors began their creative career back in the USSR, someone is a recent student, but is already creating films worthy of the attention of a wide audience. Some have no directing training and came to animation in search of new artistic means. Others, on the contrary, learned the basics of mastery under the guidance of such greats as Eduard Nazarov, Yuri Norshtein, Fyodor Khitruk. But all the works presented at the exhibition are united by high quality graphics and openness to the most unexpected experiments.

Some of the artists participating in our exhibition are exploring the inexhaustible possibilities of manual techniques - the exposition presents films drawn with charcoal on tracing paper, ink on rice paper, felt-tip pen on notes for notes, acrylic, as well as films made using the transfer technique. The second part of the authors created an image using a computer, scanning scraps of newspapers using the images found, or drawing with a tablet. That does not implore the role of the artist, because the computer can only facilitate the task of the animator, reduce the technical part of the process, which previously had to be performed by dozens of specialists. However, artificial intelligence has not replaced the work of an artist. To get smooth motion in the frame, for one second of the film, the animator needs to make from 12 to 25 final drawings.And even when a film is created in a computer program, we are talking about the same ratio.

But if until recently the role of an artist in an animated film was considered secondary, subordinate to the will and vision of the director, today at international festivals most films are presented by authors combining both functions. For many art directors, animation is, first of all, a technical means, like a brush or a pencil, it is the ability to create their own canvases in motion, using a powerful layer of expressive means.

Contemporary Russian animation is highly regarded in the world. But, despite the fact that domestic authors regularly receive the main awards of prestigious festivals, their films rarely reach a wide audience. Therefore, "Movement of the Imagination" is also an attempt to pay tribute to talented animators, to organize their meeting with those who are really interested in the art of "animation and animation".