The Mixed media project is an artistic study of the transformation and fusion of different media, styles, art trends and the very understanding of this word in the context of the modern world. Video art and painting, interior design and painting, embroidery and graphics, the use of materials such as fittings, glass or fabrics in art - all these combinations determine the breadth of perception of art and life, the subtlety of their relationship and inseparability at the same time.

"Mixed media" is an attempt to study the activities of contemporary artists, their main concept, primary tasks through the prism of mixing both the tools and methods of creativity, and the introduction of art into everyday life.

The phrase "mixed media" can literally be translated as "mixed media". That is, “mixed media” art is a mixture of various techniques and materials, in this case, media.

It is believed that the first piece of art made in the mixed media technique was Pablo Picasso’s 1912 Still Life, which used paper, fabric, paint and rope to create a pseudo-3D effect. Thanks to the spread of movements such as Cubism and Dadaism, the popularity of mixing different techniques and materials grew during the 20th century, and Georges Braque, Henri Matisse, Joseph Cornell, Jean Dubuffet and Ellsworth Kelly began to use this technique. The understanding is clearly established that art can be created using a variety of combinations. Later, in 1917, the great readymade and, in part, “mixed media” by Marcel Duchamp “Fountain” appeared, and art forever changes the vector of perception.

Over time, the idea of ​​"mixed media" began to encompass not only a different attitude of the artist to the subject of his work, but also a different construction of the relationship between the object and its environment. The famous postmodernist Maurizio Cattelan introduces his works boldly and unconditionally outside the exhibition space. His creations continue their life not as a decor, but in the idea of ​​the relationship between art and everyday life. So, the art object "America", installed in the Guggenheim Museum in New York, was an ordinary toilet bowl made of pure gold. Subsequently, his prototype was installed in Blenheim Palace and even connected to the water supply. So the sculpture became not a decoration, but a part of the space for living. And in 2016, Paolo Sorrentino used Cattelan’s sculptural composition "The Ninth Hour" in the screen saver of the "Young Pope" series:this is how the two types of art merged and entered the everyday life of a person in a different format. 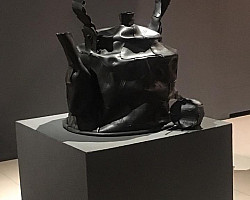 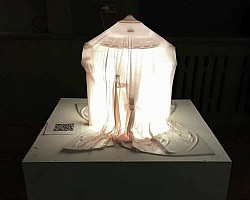 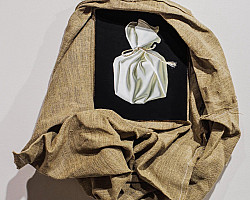 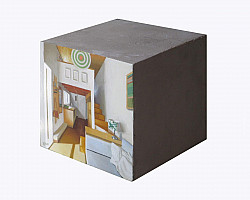 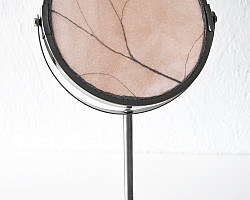 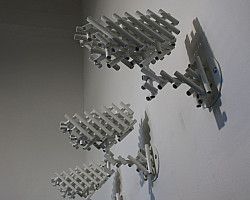 The ability to freely operate with different tools for the embodiment of an idea reveals the greater potential of art as a world phenomenon capable of integrating into human life and radically changing it. The main problems and questions solved by the artist become more understandable, accessible to the viewer, if this very artist uses a wide range of materials, combines reality and imagination. So, introducing his work into the space of the viewer’s life, the creator becomes not just a creator, but also a person who is not alien to the experience of the observer. In this case, the work is on a fine line between "art" and "design", but in no case does it go into absolute service to the decor of something. Such a work of art is only built into life, and does not go entirely into it, losing its intention.

“Mixed media assumes not only the function of bringing art and ordinary life closer together, but also a fundamentally new attempt to comprehend the further development of artistic methods. Mixing techniques and methods is one of the ways to revise the traditions and rules approved by the masters of the past. This is not destruction, but a search for a connection. Departure from established norms based on the experience of predecessors. Incorporation of multimedia practices into traditional artistic techniques.

Author and curator of the project: Olga Krasutskaya


Konstantin Khudyakov, head of the experimental creative workshops of the TSHR and PO RAH

Creative Union of Artists of Russia, with the participation of the Volga Branch of the Russian Academy of Arts, the Ministry of Culture of the Russian Federation, with the information support of the international artistic Internet resource Gallerix