International exhibition project "BETWEEN THE VOLGA AND THE DANUBE"

In the Art Gallery of Zurab Tsereteli of the Russian Academy of Arts, an international exhibition project “BETWEEN THE BIG AND THE DANUBE” starts 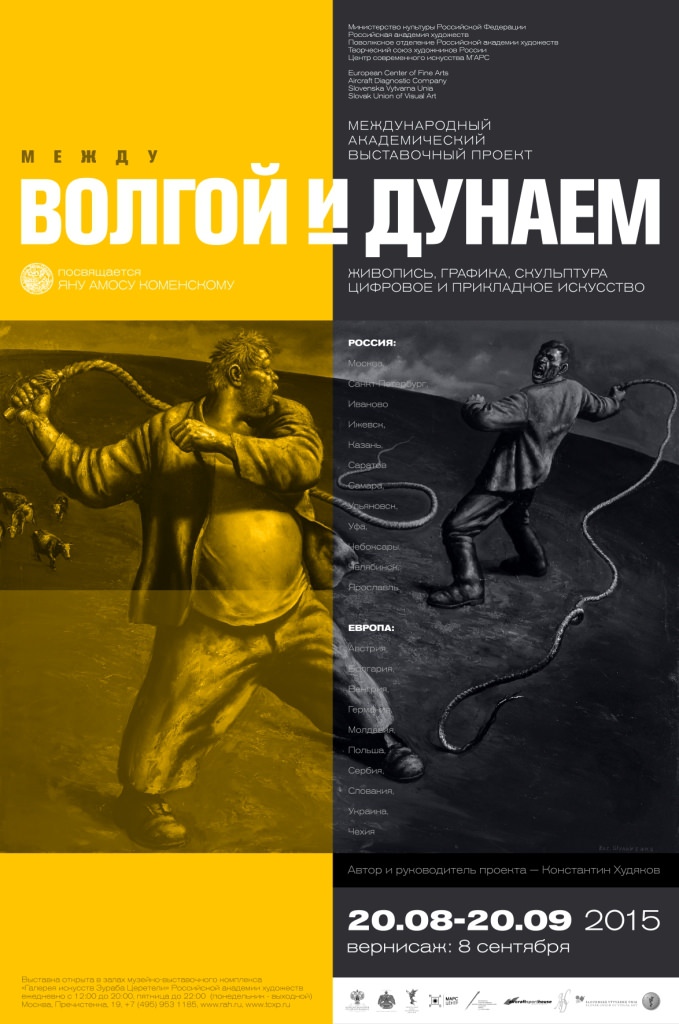 On September 8, 2015 at 19.00 in the halls of the Zurab Tsereteli Art Gallery of the Russian Academy of Arts (Moscow, Prechistenka 19), a presentation of the international academic research project “Between the Volga and the Danube” is planned.

The project is carried out with the participation of Russian and foreign artists.

The works of Russian artists from Moscow, St. Petersburg, the Volga region (Saratov, Kazan, Samara, Ulyanovsk, Izhevsk, Cheboksary, Ufa), Yaroslavl, Ivanov and Chelyabinsk - a total of 12 regions of Russia, 88 artists are presented. These are laureates of the academic competition "Against the Current", academics of the Russian Academy of Arts, artists and teachers of Moscow State Art Academy named after S.G. Stroganova, Moscow State Art Institute named after V.I.Surikova, teachers of art schools and art schools, representatives of various creative unions of artists. 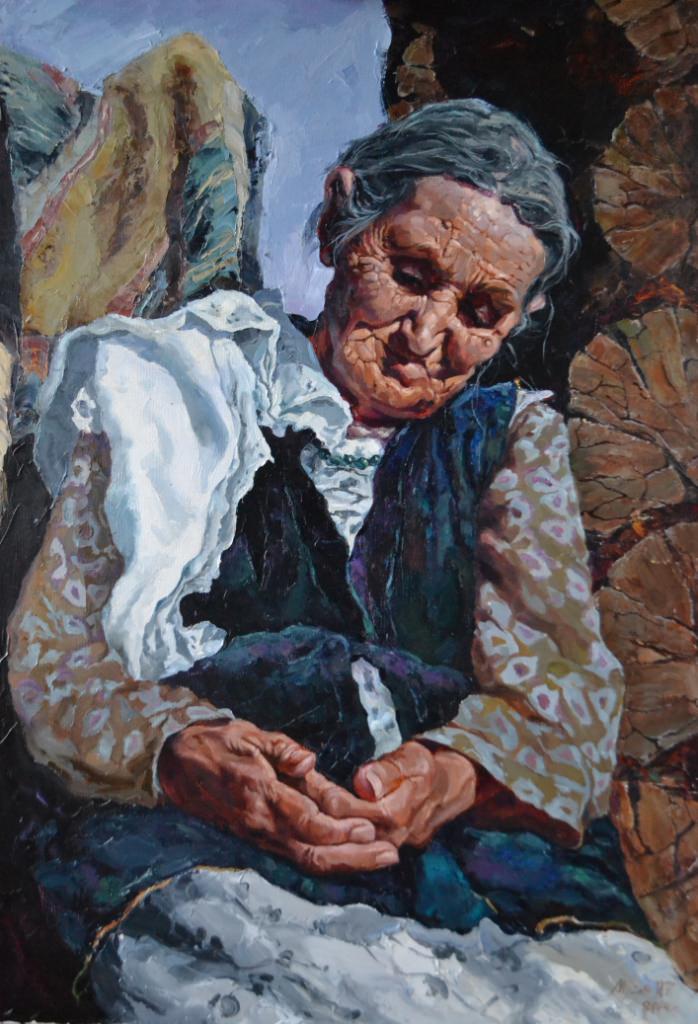 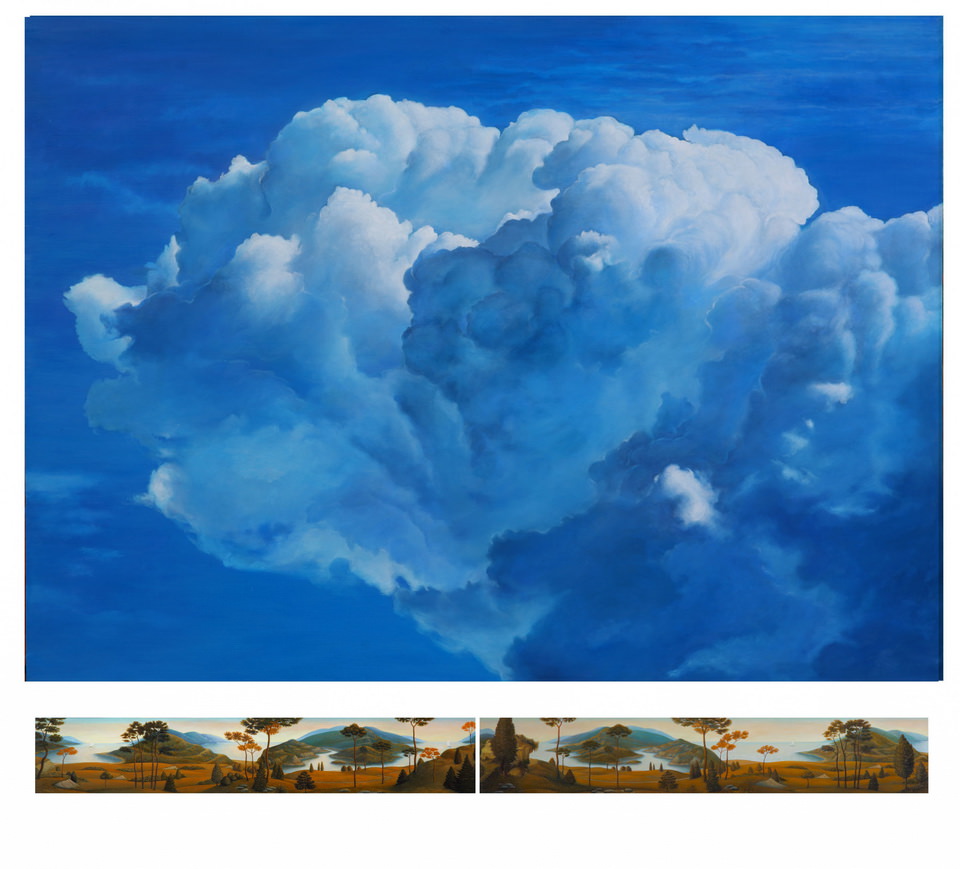 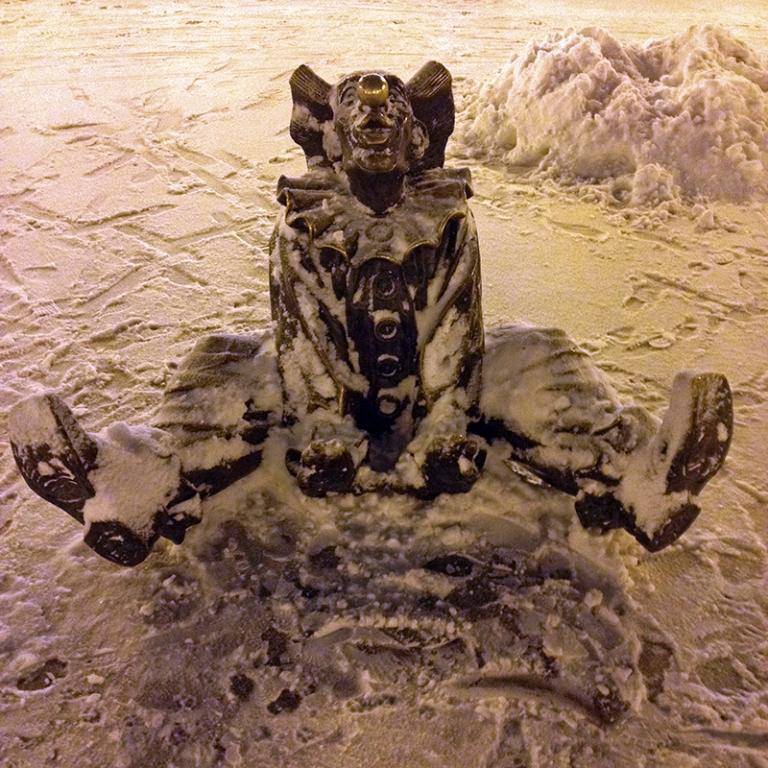 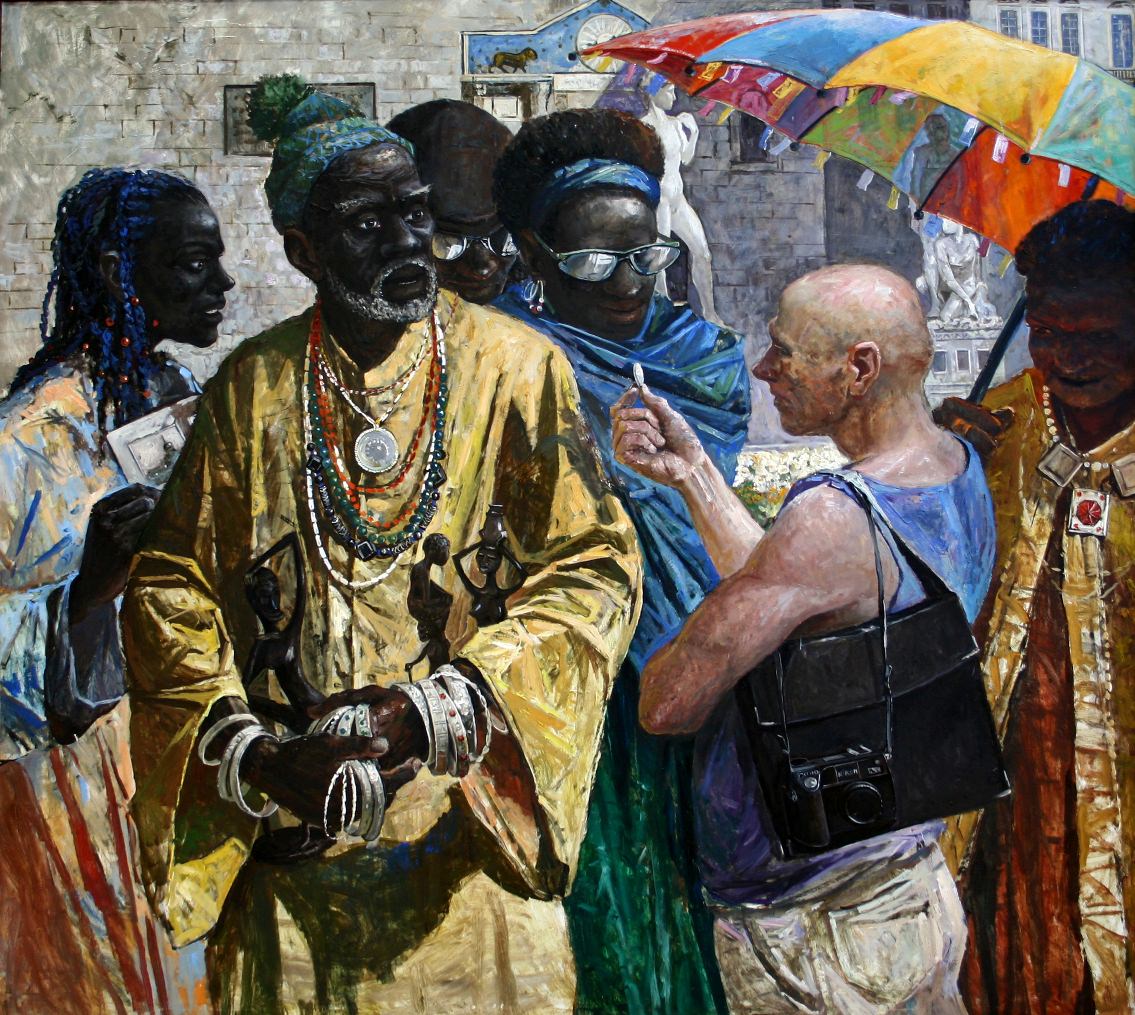 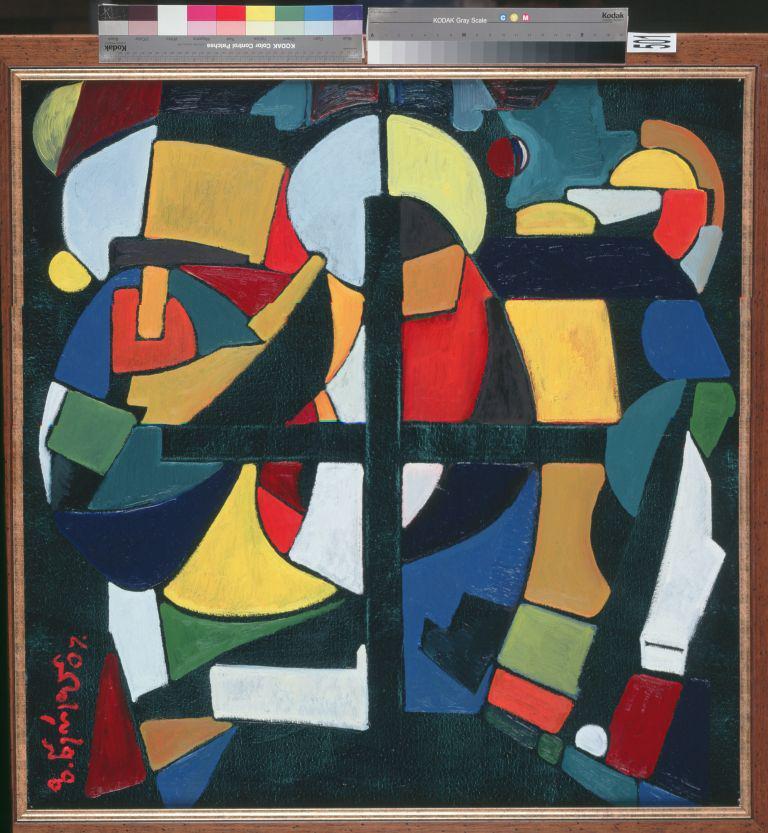 Foreign participants in the project are artists from Eastern Europe (the territory on which the great educator of the ХХVII century Jan Amos Kamensky lived and formed the foundations of European enlightenment): Slovakia, Czech Republic, Austria, Germany, Hungary, Serbia, Bulgaria, Poland, Ukraine and Moldova - 10 European countries, 45 artists. In addition, the project partner, the Center for Contemporary Art M * ARS, provided for the exhibition and catalog some of the works of East European artists from its collection. In total, 133 Russian and foreign artists out of 300 who submitted applications for the competition passed the selection. Presented are the types of fine art: painting, graphics, sculpture, digital and applied art.

The organizers of the research project “BETWEEN THE VOLGA AND THE THOUGHT”, following the methodology of Jan Amos Komensky, author of the famous encyclopedia-textbook published in the USSR in 1941 and in 1953, “The World of Sensual Things in Pictures”, set the task for modern artists: to reflect through their creative works the world of nature and public relations in order to obtain diverse and invaluable artistic revelations and points of view on the same objects. The project is an attempt to at least partially restore a holistic, stereoscopic perception of the world around a person. The artists of Russia and Eastern European countries were invited to reflect in their work 100 contemporary topics that are relevant for the time and quality: 100 works are created by Russian artists and foreign ones are created on the same 100 topics.

In the format of the project, a competition took place (January-April 2015), the encyclopedia “Between the Volga and the Danube” with research articles is being prepared for publication, a traveling international exhibition (Moscow - Bratislava), master classes in painting and digital art, presentations and round tables in Moscow and Bratislava.

This project, among other tasks, shows the vectors of the development of art in various countries and generations. So, in Hungary the school of realistic drawing is quite successfully preserved. In Serbia, “naive” is popular and iconography is developing, in a sense. In Slovakia, artists in a peculiar way, using elements of realism, work mainly in abstraction. Poland and the Czech Republic continue to use their traditional critical attitude to reality and some poster style. In general, the project “Between the Volga and the Danube” covers the former territory of the Soviet Union and its zones of influence, but the largest number of works is presented from three countries - Russia, Austria and Ukraine. Austrian artists work in easel painting and graphics, with new technologies and genres, but the most interesting is their thematic perspective - a love of travel and other cultures. Including interest in Russia. Two of the artists represent the projects made with us: one - while traveling around Siberia, the other was made in Samara, at the Shiryaev Biennale. Important for the organizers seems to be cooperation with Ukrainian artists. Art has always been one of the most effective forms of diplomacy. This is especially important during the development of adverse political events.

In addition to painting, graphics and sculptures, new technologies and genres are presented. At the same time, regardless of whether video art is a performance or a performance, artists try to rely on the fundamental foundations of the academic school in this project: we observe works inspired by Repin’s “Barge Haulers on the Volga” and the endless expanses of Levitan and Vasiliev. Interest in history is noted: work with archival photographs by Ivan Kolesnikov and Sergey Denisov, the philosophical work of Konstantin Khudyakov “Apocalypse” and the sculptural composition “Sunset of Civilization” by Alexander Povzner, colonial motifs in the spirit of Kipling and “orientalism” by Jean-Louis Jerome by Sergey Kalinin. The theme of the war was also reflected (the work of Viktor Safronov, Ilgizar Samakayev), which was especially relevant in the year of the 70th anniversary of the Victory over fascism.

The structure of the exhibition and the catalog album, in which the works of artists from Russia and the works of foreign authors are given on one topic, provide, to a certain extent, the opportunity to compare the creative approaches of artists and get unusual dialogues. With such a wide geography, it is impossible to show uniformly all countries, but the project has caused such wide interest among artists that it seems important to continue it. Presumably, he could have grown into the Comenius Triennial, representing cultural ties with the countries of Eastern Europe and the possibility of exploring trends in the fine arts in the world.

The project is implemented at the expense of the federal target program “Culture of Russia” (2012-2018) for 2015 through the Department of State Support for Arts and Folk Art of the Ministry of Culture of the Russian Federation, the European Center for Fine Arts (Bratislava), administrative and financial resources of the TSHR and the Volga branch of the Russian Academy of Arts.