At a retrospective exhibition of Mikhail Shatalov (1931–2019), his work is presented - graphics, painting, sculpture - from 1970 to 2018. Finding himself in the power of historical fate among the Leningrad underground, he, nevertheless, falls out of the traditions and schools of St. Petersburg-Leningrad art. Formal searches, a system of creative techniques, and visual language make it more likely related to European tradition of the twentieth century. 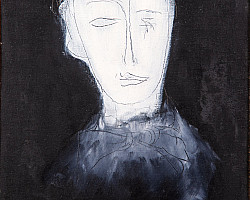 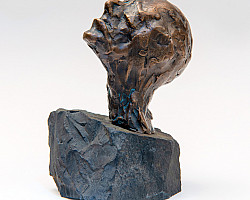 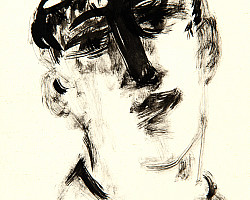 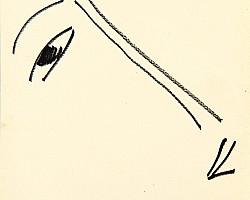 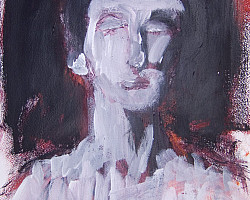 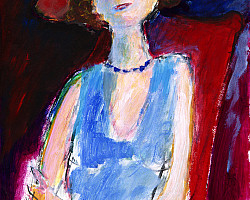 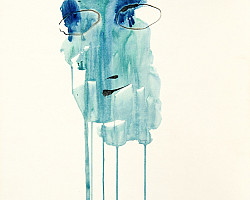 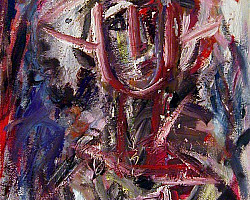 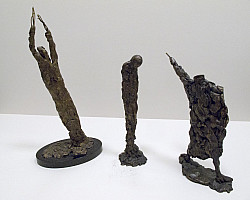 According to the method, Shatalov’s work refers to spontaneous expressionism. The artist does not plan what or whom he will draw. The idea and its embodiment are merged together in the process of creating a work that is born spontaneously. Artist, brush, ink, paper, oil, canvas - undifferentiated elements of a single process, whose name is spontaneous creativity

The aesthetic integrity and beauty of the works of Mikhail Shatalov is the result of inner freedom, virtuoso precision and artistry, with which he realizes his creative will. Mikhail Shatalov, of course, belongs to the cultural environment of Leningrad nonconformist art, but at the same time remains a lone wanderer. He was not interested in participation in the process, recognition or fame, he created his creatively free space, creating original and artistically accurately executed works.

Mikhail Shatalov was born on November 12, 1931 in the city of Grozny in a family of Terek Cossacks. Since 1933 he lived in Leningrad. He graduated from high school, and in 1955 - the faculty of law of Leningrad University. In 1955-1957 he studied at the Institute of Finance and Economics. From 1957 to 1963 he worked as a research fellow at the Pavlovsk Museum-Reserve, at the same time he studied at the sculptural department of the Serov Art School and in 1962 he graduated. From 1967 to 1977 he worked in the Painting and Sculpture Plant of the Leningrad branch of the Art Fund of the RSFSR. In 1977-1988 he was a sculptor and restorer in the "Rosmonumentiskusstvo". Since 1988 - a free artist.

Until 1970, Mikhail Shatalov was engaged mainly in sculpture, abstract compositions (clay, gypsum, fireclay). Since 1970 - watercolor, ink, gouache on paper, and since the mid-1970s - also oil painting, later worked as acrylic on paper, hardboard, canvas. Constantly returned to the sculpture of small forms.

Mikhail Shatalov began exhibiting in 1976, first at apartment exhibitions with non-conformist artists, and since 1980 at official exhibitions of artists of the second culture in Leningrad, Moscow, the USA, Japan, and Scotland. In 2001 - a participant in the Second International Novosibirsk Biennale of Modern Easel Graphics.