Wolfgang Amadeus Mozart’s “Requiem” is one of the most mysterious works in world music. The story of its creation is amazing, it captivates the incompleteness of flair… but most of all, the enchanting effect of the masterpiece on the audience is amazing. It seems that in this work the composer somehow crossed the line of his own incredible capabilities, stepping over the horizon of a miracle. And this despite the fact that Mozart, in itself - a miracle that has no analogues. Death cut short a genius at a glance, at a moment that could be a watershed for the whole history of music. There are many attempts to solve Mozart’s greatest secret. Various editions argue among themselves for the right to approach the composer’s plan as closely as possible. One of these options is the version of the performance of “Requiem” with the body. Who knows, maybe here is the key? 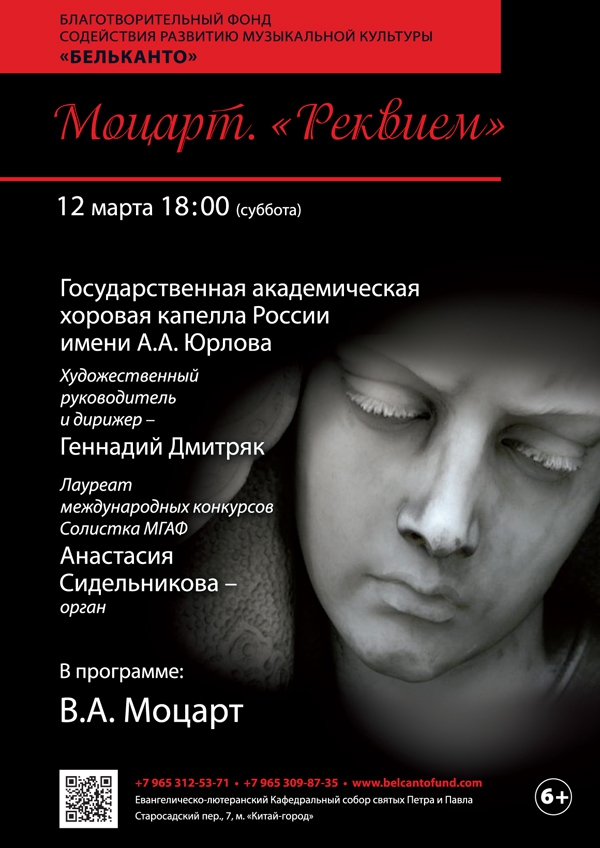 choir chapel of Russia named after A. A. Yurlov

For more information and to buy a ticket, go to www.belcantofund.com