Doctor of Technical Sciences, author of monographs and scientific articles on data analysis and automatic pattern recognition, Nikolai Endegor discovered photography in 2005. In an effort to reveal the deep kinship of the living and the inanimate, Endegor turned to the basis of photography - light painting. In his photographs, people and objects are equally spiritualized, inextricably linked with each other, and the urban space, like living nature, flows, refracts, bends.

In the author’s lens, architecture begins to breathe, begins to move, inanimate objects are filled with eroticism, a special attraction. This effect is born from the emphasized natural curvature of forms, their fractality, which the photographer subtly notes: like is based on like and multiplies to infinity. The stairwells are twisted by Endegor into Mobius strips, which is probably how the architects of Art Nouveau once conceived them. Sensual sculptures of the late 18th century bloom with real flesh: the author continues to speak where the masters of the past once stopped. 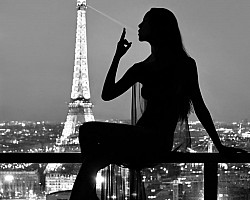 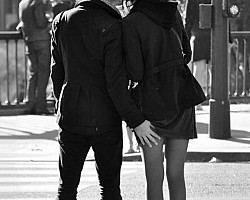 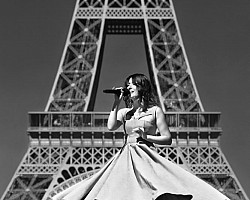 Many of the photographer’s works are reminiscent of exercises in classical composition: as if he again and again returned to the exhibition halls that amazed him in his youth. A scientist and a man of the XXI century is looking for a sense of Renaissance harmony. His photograph has a special musicality: here the rhythm is set by the contrast of light and shadow, and the line turns into a melody.

Was born in Leningrad in 1953. After graduating from physics and mathematics school, he entered the Polytechnic Institute. After graduation, he worked at the Institute of Informatics of the USSR Academy of Sciences. In 1981 he became a candidate, and in 1989 - a doctor of technical sciences. Author of six monographs and numerous scientific articles on data analysis and automatic pattern recognition. In 1994, Nikolai Endegor, at the invitation of a French IT company, moved to Paris, where he was engaged in the development of artificial intelligence and automation of pattern recognition.

In 2005, a scientist who has always been fond of the visual arts discovered photography. The viewer’s experience, gained at a young age in the museums of Leningrad, and the cultural life of Paris, prompted him the secrets of working with light and composition necessary for the photographer, and his analytical mindset made it possible to master the technique with ease. The author’s photographs were exhibited in Vyborg (Russia, 2017), Linz (Austria, 2019), Paris (France, 2019) and Oudenburg (Belgium, 2020). Today the artist lives in St. Petersburg and Paris.