On March 27, a joint project of the Darwin Museum and the Moscow Exhibition Halls Association, which won the Contest among city museums, starts. The competition was organized by the Department of Culture of the city of Moscow, and thanks to its grant support, a mobile exhibition “Inhabitants of the Stone Jungle” will be exhibited at 4 sites in the South-Western Administrative District and the Southern Administrative District of Moscow.

The exhibition will be the starting point for a dialogue about our smaller brothers and the problems associated with their living in cities next to a person. 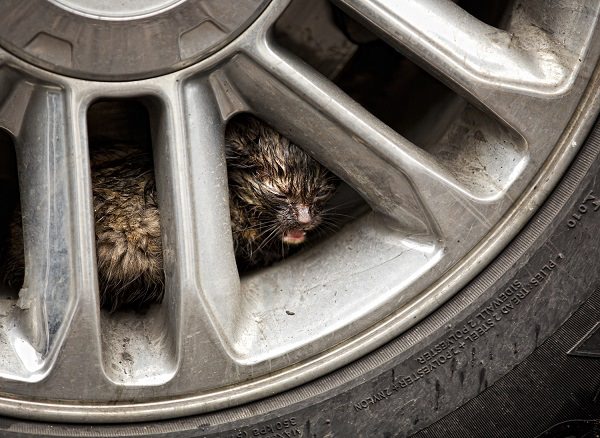 This topic applies to all residents of the city, without exception. Are animals a blessing that brings rich emotions and love to life, or a danger lurking in wild instincts?

A traveling exhibition moving in space and time will become a catalyst that launches the discussion process and searches for a solution to the problem of comfortable cohabitation of humans and animals. The dialogue will help to find a systemic solution and coordinate all its participants: residents, management companies, representatives of government and business. The basis will be the subject, information and art series of the exhibition. The rich material from the funds of the Darwin Museum (natural-scientific material and works of art) and author’s photographs will tell the story of the coexistence of living organisms in the "stone jungle". 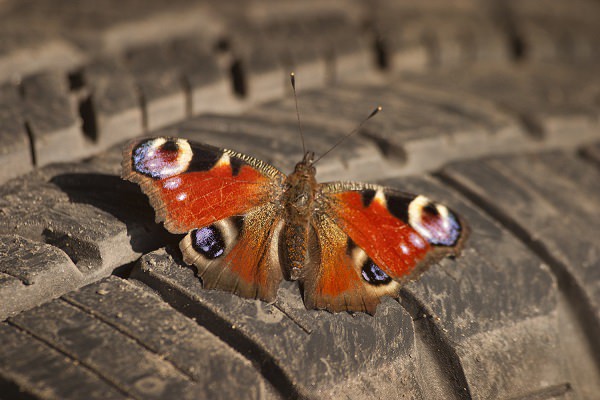 The library area provided in the exhibition space will help visitors learn how to care for future pets, which will allow owners to make an informed choice. Everyone can replenish the library by transferring unnecessary animal care books.

The unusual format of the exhibition invites everyone to enter into a dialogue in search of an answer to various questions. Are animals comfortable in the city? Is their conflict-free coexistence with humans possible? How do pets turn out on the streets? Are stray animals a city problem or is this the norm of modern life? What can we do for them? 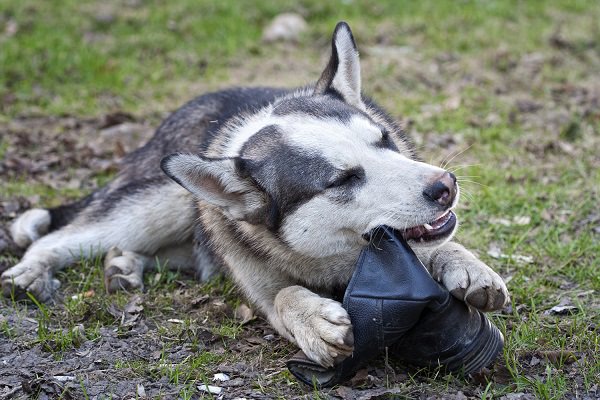 The inhabitants of the stone jungle are not only cats, dogs, rats, insects, but also forest inhabitants whose habitats are destroyed by humans for urban development. More and more often, animals from exotic countries appear in Muscovites’ apartments, which after a while also find themselves on the street. 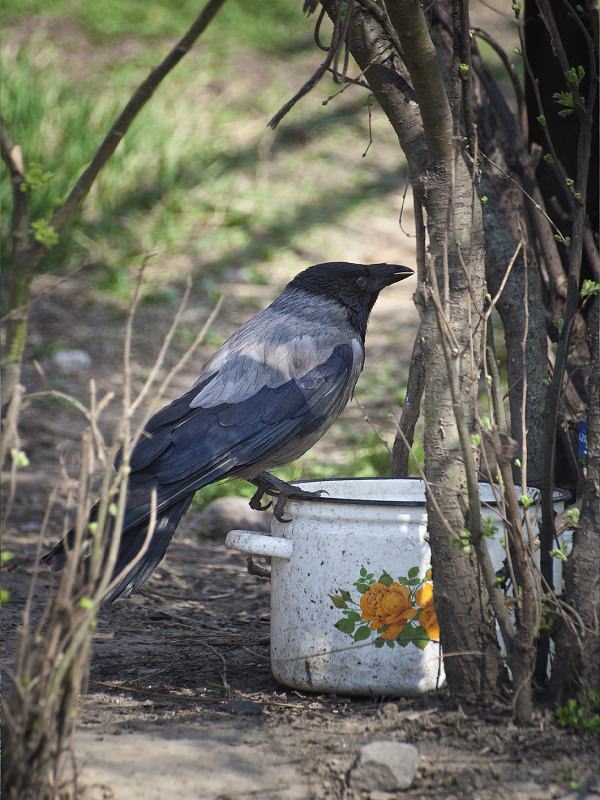 Russia occupies one of the leading places in terms of the number of domestic animals — pets live in every third family. At the same time, there are sad statistics: Russia occupies one of the first places in the number of stray animals, and Moscow is no exception. Only 13 Moscow shelters contain more than 16, 3 thousand dogs and 1, 1 thousand cats. And although the situation has improved significantly since 2007 (the number of stray and stray dogs has decreased by almost 15 times), thousands of our smaller brothers still live on the streets. The army of stray animals is replenished with lost pets, “live gifts”, victims of human carelessness and numerous “unnecessary” offspring that turned out to be unnecessary. 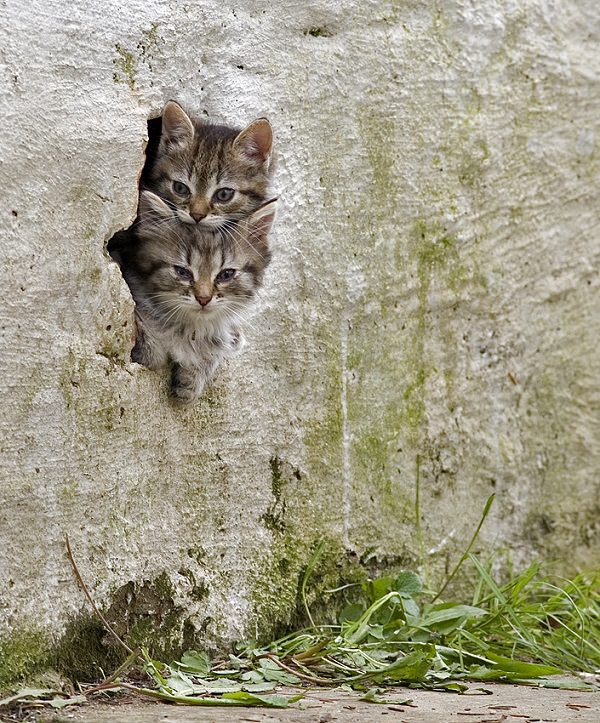 The program of the exhibition includes events for residents of districts to participate in solving the problem of homeless animals. Among them is the “Find Me” campaign, together with shelters for finding hosts for homeless pets, a children’s drawing contest, an interactive zone for visitors, quizzes, and specialist lectures

Exhibiting at the sites

Events at the Stone Jungle Inhabitants Exhibition at Nagornaya Gallery

April 16, 2015 - expert assessment of the jury of children’s drawings.

April 23, 2015 (6+) at 13.00 World Book Day (Campaign within the framework of the year of literature together with the Museum of Bookplate and Miniature Book).

April 24, 2015 - Finisage of the exhibition. Awarding the winners of the children’s competition.

The State Darwin Museum is Europe’s largest natural science museum. Founded in 1907, the Darwin Museum at that time was the first and only museum of evolution. Today, the museum’s expositions, deployed on 5000 square meters. meters tell about the history of the theory of evolution, the diversity of life on Earth, about variability and heredity, about natural selection and the struggle for existence in nature.

Currently, the Darwin Museum is one of the most technically equipped museums: touchscreens connected to the Internet are installed in the halls, numerous training programs located in touchscreens, electronic kiosks and interactive tables provide an opportunity not only to expand one’s own knowledge of nature, but also to find answers to questions of interest to visitors. The system of “Educational guide-guides” (first developed at the Darwin Museum) allows visitors of any age to independently study any section of the exhibition. The museum employs: live-video-music exposition “Living Planet”, multimedia exposition “River of Time”, multimedia center “Eco-Moscow”, interactive exposition “PASS BY EVOLUTION”, which has no analogues in the world. In September 2014, the “Know Yourself - Know the World” Center was opened. It represents a single interactive cognitive environment that allows visitors to know themselves, the world around them and realize their responsibility for the future of Nature.

Nagornaya Gallery began its work in 1978. This is the first state gallery in Moscow, created outside the center. Initially, the gallery showed mainly academic painting (socialist realism, critical realism, “harsh style”, “left” MOSH), but over the years the focus has shifted towards modern digital technologies, multimedia, installations, photography. Nagornaya Gallery is a territory of an art experiment where tradition and modernity meet. Gallery strategy: preserving traditions in conjunction with the latest trends in contemporary art. The gallery carries out many projects in collaboration with major Moscow and regional museums, cultural foundations, creative unions, art universities, cultural centers at embassies of different countries, as well as artists’ heirs and collectors. Website: www.galereya-nagornaya.ru

The Belyaevo Gallery was opened in 1988 and entered the history of Russian fine art as the venue for the first exhibitions of Soviet nonconformist artists: Ernst Neizvestny, Oscar Rabin, Eduard Shteinberg, Evgeny Krapivnitsky. The gallery was in constant search of new forms and possibilities for the embodiment of bold artistic ideas and innovative synthetic projects.

Today the Belyaevo Gallery is a multifunctional cultural and educational center, a generator of various artistic and educational practices. On the basis of the gallery there is a training center for the arts, a design bureau and an art boutique; music programs and theater performances are successfully held.

Annually, more than 20 exhibitions of Russian and foreign artists are installed in the Belyaevo Gallery. The gallery is located in a place with an interesting intangible heritage: in the Belyaevo district, the historical “Bulldozer Exhibition” was held; Here lived and worked one of the most prominent representatives of the Moscow conceptual school Dmitry Prigov, etc. Given this, the exhibition strategy involves the implementation of art projects representing conceptual art.

In September 2013, to create a new culturally significant image of the Belyaevo district, a joint city-forming project of the Belyaevo Gallery and Strelka Press Belyaevo Forever / Belyayevo Forever was launched, which was based on a study by the Polish architect Cuba Snopek. The implementation of this promising project will be an impetus for the development of local culture and will contribute to the fundamental city program to improve living conditions in the metropolis.

Zamoskovorechye Gallery (On Shabolovka) was established over 20 years ago as an exhibition hall on the basis of the Moskvorechye creative association. Since 1991, the gallery has organized and held more than 600 art exhibitions in Moscow, in other cities of Russia and abroad. The gallery is located in the center of the Havsko-Shabolovsky housing estate, designed in the late 1920s by architects N. Travin and B. Blokhin. Initially, the Danilovsky district was conceived as a hymn to the new post-revolutionary Moscow. Here and today, many avant-garde monuments have been preserved, for example, next to the Zamoskvorechye Gallery there is the world-famous architectural masterpiece of the 20th century - the Radio Tower of the engineer V. Shukhov. One of the new directions of the gallery’s work is projects dedicated to the avant-garde, as well as historical and local history projects related to understanding the cultural heritage of the region and its popularization.

The Kashirka Gallery was opened in February 1986 and quickly gained fame thanks to contemporary art exhibitions held here in the 1980s and 1990s. Currently, the gallery works with artists of various creative directions. The range of exposition activities is very wide: from traditional genres to contemporary art exhibitions (specially developed art projects with video and media installations, thematic performances). Gallery "On Kashirka" participates in the Moscow Biennale of Contemporary Art (project "Spirit and Soil"), collaborates with the State Center for Contemporary Art (exhibition "LUCIDA Space") and the V.V. Mayakovsky Museum (exhibition project "Temporary Monument. Installation of the Present" )

The gallery is actively educating. Conferences, interactive art events, lectures and master classes are constantly held here. Attracting and educating your own special audience - people who are thinking, creative, ready to accept art in all its manifestations, not only versed in the history of culture, but also able to participate in socio-artistic evolution - this is the goal set by the team at the Kashirka Gallery.