The exhibition at the Bakhrushin Museum will be the first personal exhibition of theater artist Tatyana Markiyanovna Shvets in Russia. It is dedicated to the 80th anniversary of the artist. Member of the Union of Artists of the Russian Federation, Honored Artist of Latvia, Tatyana Shvets has created more than 170 productions in various theaters in Russia, Ukraine, Belarus, Lithuania, Bulgaria, Poland. However, the only small personal exhibition of the artist was held in Riga in 1984. 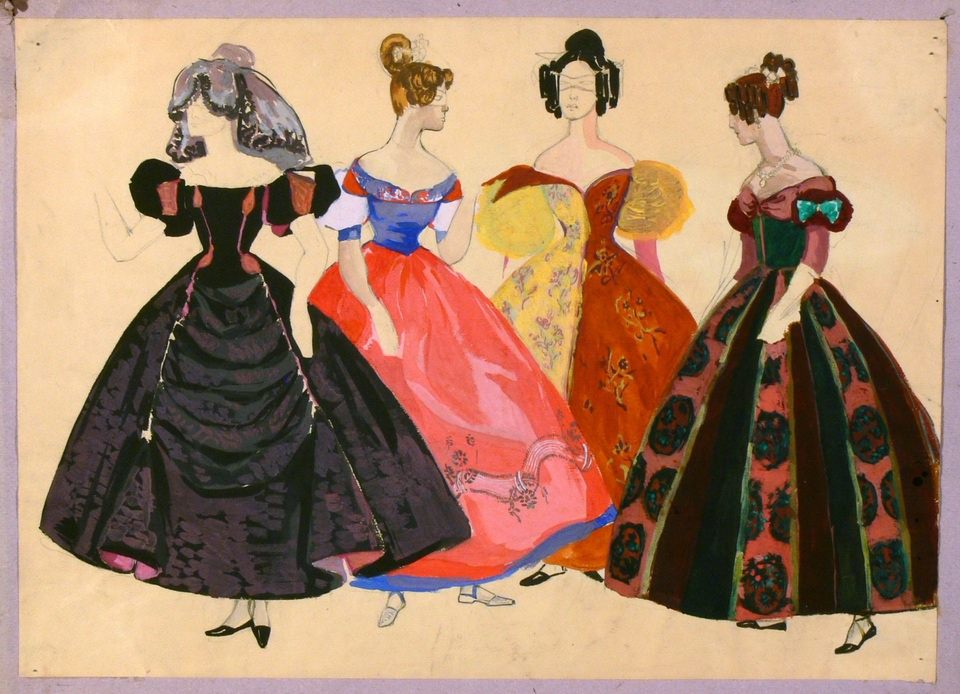 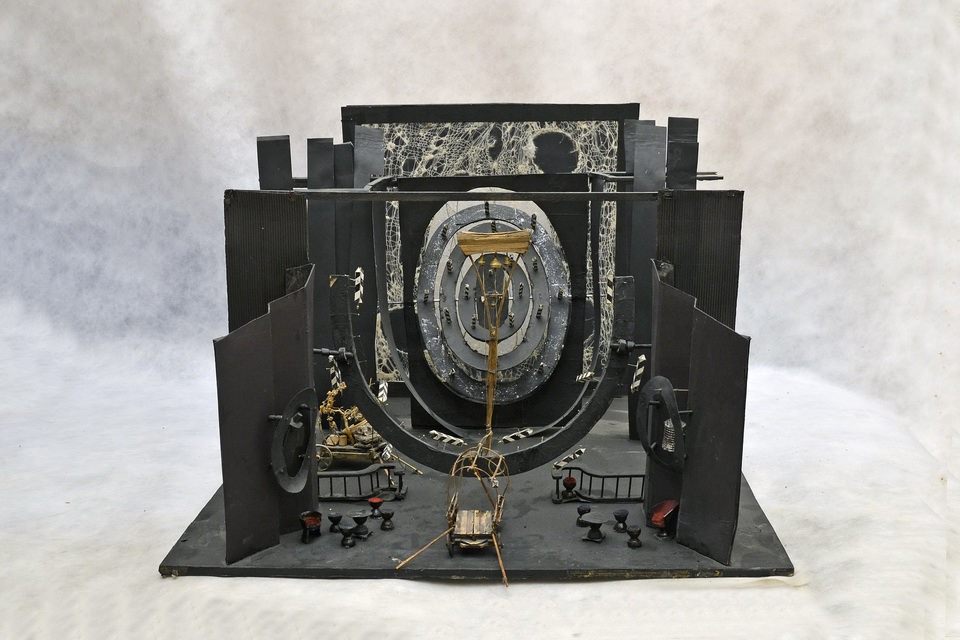 Tatyana Shvets in 1959 graduated from the course of the legendary artist and director Nikolai Akimov at the A.N. Ostrovsky Leningrad Theater Institute. She worked as a production designer at the Izhevsk Russian Theater, at the Kaliningrad Regional Drama Theater, and then about 20 years until 1989 - at the Riga Russian Drama Theater, at that time one of the leading drama theaters of the USSR. The performances created together with Arkady Fridrihovich Katz, in these years the main director of the Riga theater, became for Tatyana Shvets a period of creative heyday.

In the late 1980s, Tatyana Markiyanovna returned to Moscow and for 6 years - from 1989 to 1996. - worked as the main artist of the Theater at Nikitsky Gate. After that, the “period of wanderings” began, as the artist calls him. In the past 20 years, Tatyana Shvets, as an artist, staged performances at the Yevgeny Vakhtangov Theater / “Ides of March”, “The Marriage of Balzaminov”, “Barbaras” /, at the Moscow Art Theater named after A.P. Chekhov / “A Little Tenderness” by Aldo Nikolai, who Now you can see on stage /, as well as in various cities of Russia: Omsk Academic Drama Theater, Chelyabinsk Academic Drama Theater, Nizhny Novgorod Drama Theater. Gorky, the Ulyanovsk Drama Theater of I. A. Goncharov and others, for the most part continuing cooperation with Arkady Katz.

In an amazing workshop, similar to a museum, Tatyana Shvets managed to save much of what she had done over almost 60 years of work. The exhibition will reveal to the audience the many subtleties of the stage designer’s work, and will provide an opportunity to follow the artist’s full cycle of work on the play - from the idea and the first graphic sketches to sketches, mock-ups, detailed drawings for theater workshops, descriptions of costume production techniques and even hand-cut stencils with which to paint fabrics.

Tatyana Markiyanovna’s repertoire includes the best plays of Russian and foreign classics: all plays by A. Chekhov, N. Gogol, A. Ostrovsky, M. Gorky, U. Shakespeare, O. Wilde… But, by her own admission, to work on Soviet plays she was bored.

Her decisions of the stage space are multifaceted, symbolic, voluminous and at the same time concise, can unfold in different planes, and the costumes are distinguished by great attention to detail, compliance with the era in which the performance takes place, delicate manual work. Long-time associate Arkady Katz wrote about Tatyana Shvets: “She was different. This manifested itself even in approaches to scenography and costumes. Sensual, feminine, subtle, airy - everything was given to the costume. But in scenography, she has a male hand. ”

The exhibition will feature sketches of sets and costumes, models, drawings, work materials, photographs of performances, starting with the masquerade thesis by M. Yu. Lermontov in 1959 and ending with the Pygmalion performance by B. Shaw, staged in 2016 in the Tambov State Drama Theater. Particular attention at the exhibition was given to mock-ups, because it is they that make it possible to demonstrate how deeply thought out the stage space created by the artist. There will be more than 20 mock-ups at the exhibition, striking with subtlety and accuracy of work. And they are all created by the artist’s own hands.

The exhibition "Empty Space and the Whole Universe…" is a creative portrait of a stage designer in the broadest sense, showing not only a professional master, but also a talented and hardworking person whose life is unthinkable without a drawing, theater and creative search.