Roll over Beethoven: The rise of youth music scenes in Europe. Lecture by Alexandra Kolesnik 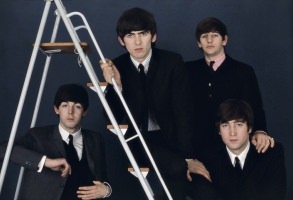 In European history, the sixties became a boom period of youth culture, in the center of which, of course, was musical culture. The "British invasion" and the rise of beat-rock, the incredible popularity of the French chanson and the movement "ye-ye", the first success of the deutscher are just some of the brightest musical phenomena on the European map. However, the center of musical life in Europe in the 1960s can rightfully be considered Britain. Beat rock opened British culture to listeners around the world, and the world-wide popularity of The Beatles, which was preceded by the success of James Bond films just two years earlier, influenced youth movements far beyond the borders of one country. Representatives of the British musical culture often became the initiators of new fashion trends, falling into the lenses of the most interesting and extraordinary photographers of their time.