“The painting of those who study with me is living,
and those who imitate me are lifeless, dead. ”
Qi Baishi

Creative workshops of the Russian Academy of Arts is a unique, unparalleled phenomenon in art education. Modern workshops have more than half a century of history - this is a special page in the formation of Russian art, the value of Russian and world culture. When reconstructing the Academy of Arts in 1947, when the quality of art education was emphasized, the most successful graduates of the institutes were given the opportunity to continue their education under the guidance of an outstanding master academician.

For many decades, the Russian Academy of Arts as a state academy has been the center that shapes and coordinates the direction of cultural policy in the field of fine art and architecture. Combining the best professional creative forces and representing a three-stage education system according to the system “school-university-academy (creative workshop)”, the Academy of Arts at the state level determined and successfully solved the tasks of educational significance.

Today, in rather difficult conditions, when the social status of the artist has significantly decreased under the influence of a whole range of political and economic problems, the Russian Academy of Arts seeks not only to preserve, but also to develop many years of positive experience in the interaction of society and the creator, including by maintaining such a "Creative workshop." In an unstable social environment, when circumstances sometimes force an artist who has graduated from a university to work outside his profession, the opportunity to engage in his favorite art within the walls of the Academy becomes a real salvation.

Training in a creative workshop today not only provides an invaluable opportunity for direct live communication with the master, but also sets an unlimited range of experiments to research and introduce innovative techniques and technologies into the modern art and educational process. Artists doing creative practice in the workshops are active participants in the artistic life, winners of many prizes and awards. Each of the workshops has its own history, traditions and unique face, because the head of the workshop becomes one who happily possesses a combination of the talents of the creator and teacher.

The sculpture, made in the walls of a creative workshop led by a bright representative of a wonderful creative dynasty, academician of the Russian Academy of Arts, People’s Artist of the Russian Federation Alexander Tsigal, testifies to a highly professional knowledge of the plastic language and freedom of creative thinking. Turning to various genres, whether it be a portrait or a philosophical composition, artists strive for expressiveness and depth of image transmission.

The workshop of graphic art under the guidance of the finest landscape painter, master of graphic easel art and book graphics, academician of the Russian Academy of Arts, People’s Artist of the Russian Federation Alexei Dementievich Shmarinov is distinguished by the nobility of restrained decisions, the aristocracy of forms and the depth of meaningful plastic searches. The work of his students is a clear example of the continuity of the traditions of the academic school, which are not constrained by strict educational canons, but develop their creative capabilities in different directions, taking the academic school as a basis.

Relatively recently, the number of workshops, "pearls" replenished with a new - a workshop of monumental painting. Its head was Academician of the Russian Academy of Arts, People’s Artist of the Russian Federation Evgeny Nikolayevich Maksimov - the largest master of monumental art, an outstanding teacher, the author of murals of Orthodox churches around the world, including the most complicated domed composition of the Cathedral of Christ the Savior in Moscow. In the context of the active process of reconstruction and construction of churches in Russia and abroad, the high demand for high-level professionals, the pupils of E. N. Maksimov successfully work in the field of church art. At the same time, the artists of the workshop create bright and original works in a variety of forms, techniques and directions of art. First of all, the exposition amazes with the widest range and freedom of creative searches, proving once again that a true academic school does not constrain, but liberates, the artist’s possibilities, making them truly limitless.

Acquaintance with this exposition will certainly be interesting both for a wide circle of fine art lovers and specialists, as it provides a rare opportunity to look into closed creative laboratories and learn about the results of the mysterious process of the origin of great skill. 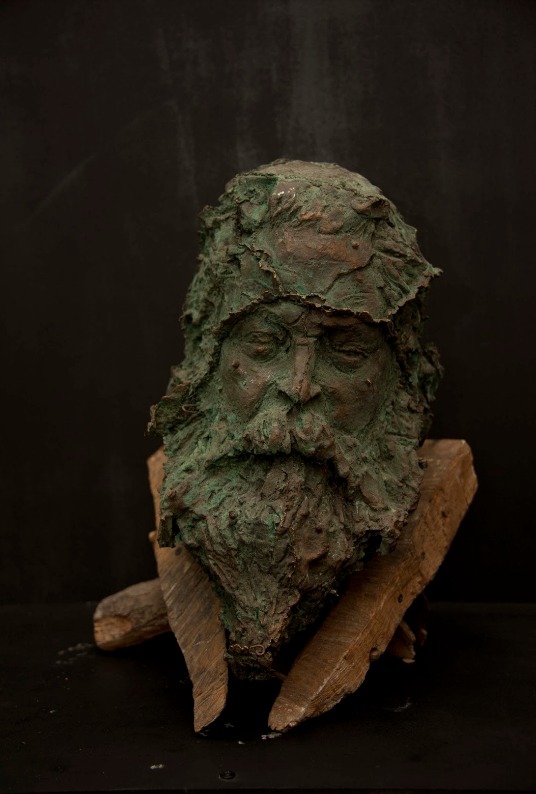 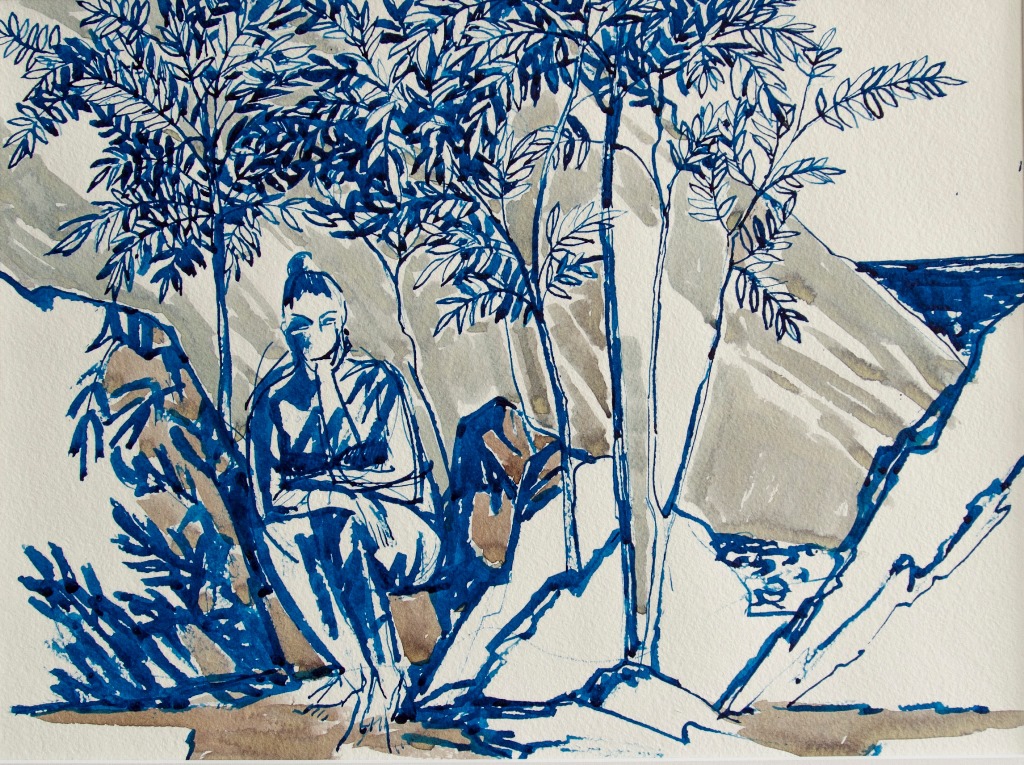 Voronova Eugene. Under the sun. From the album Crimea. paper. 30x40cm 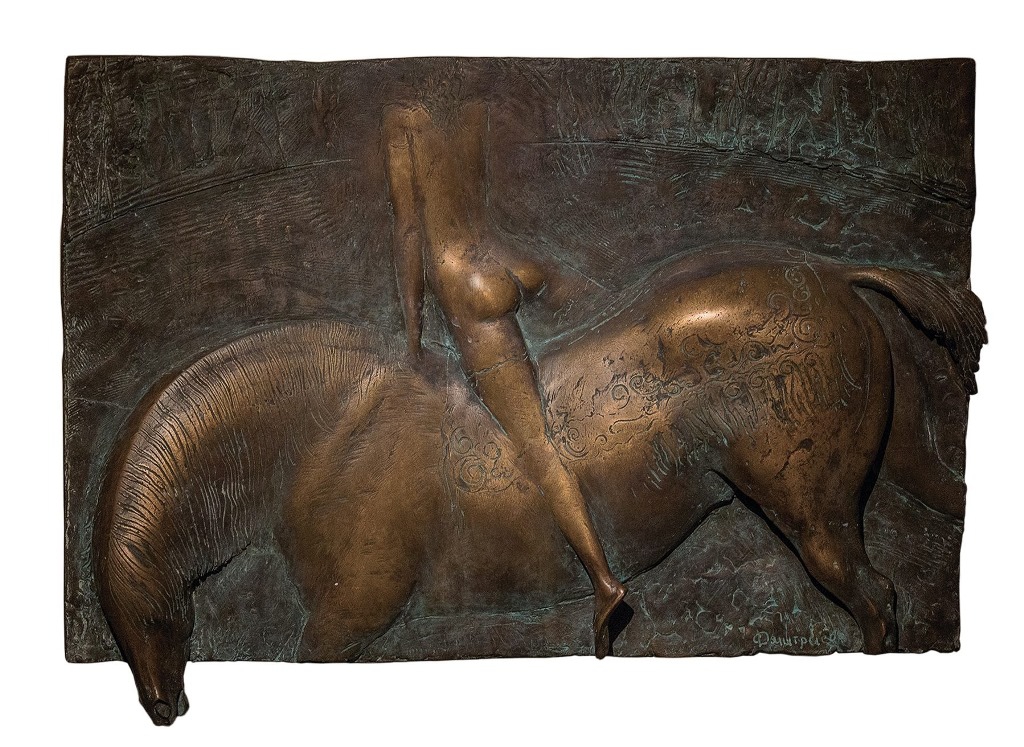 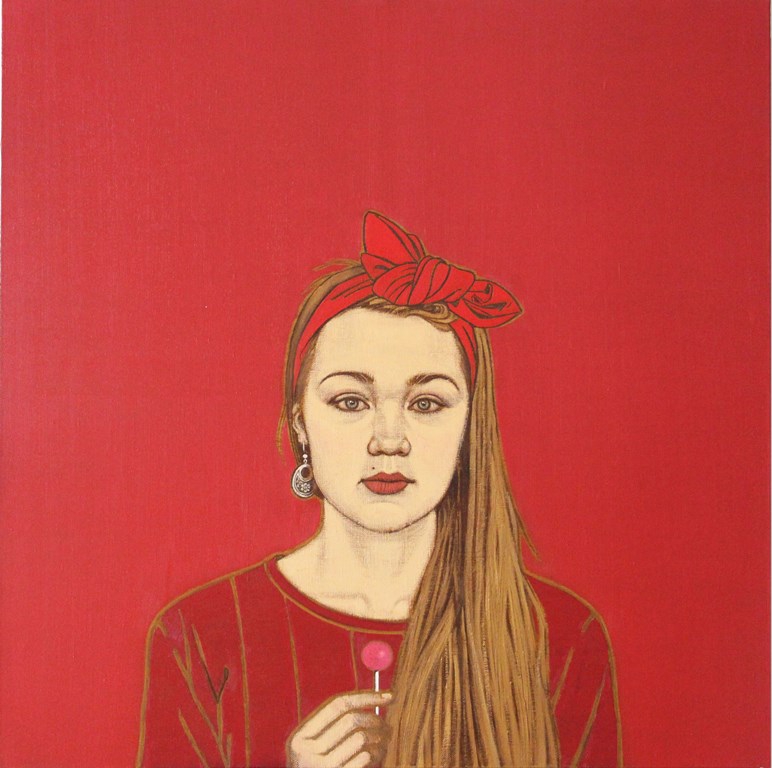 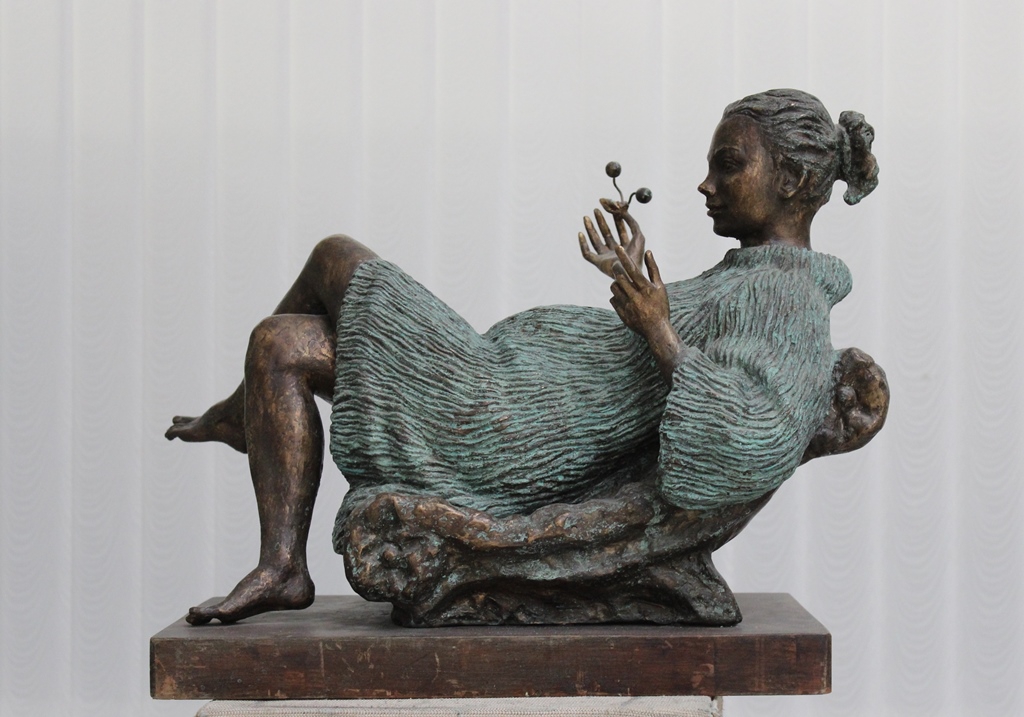 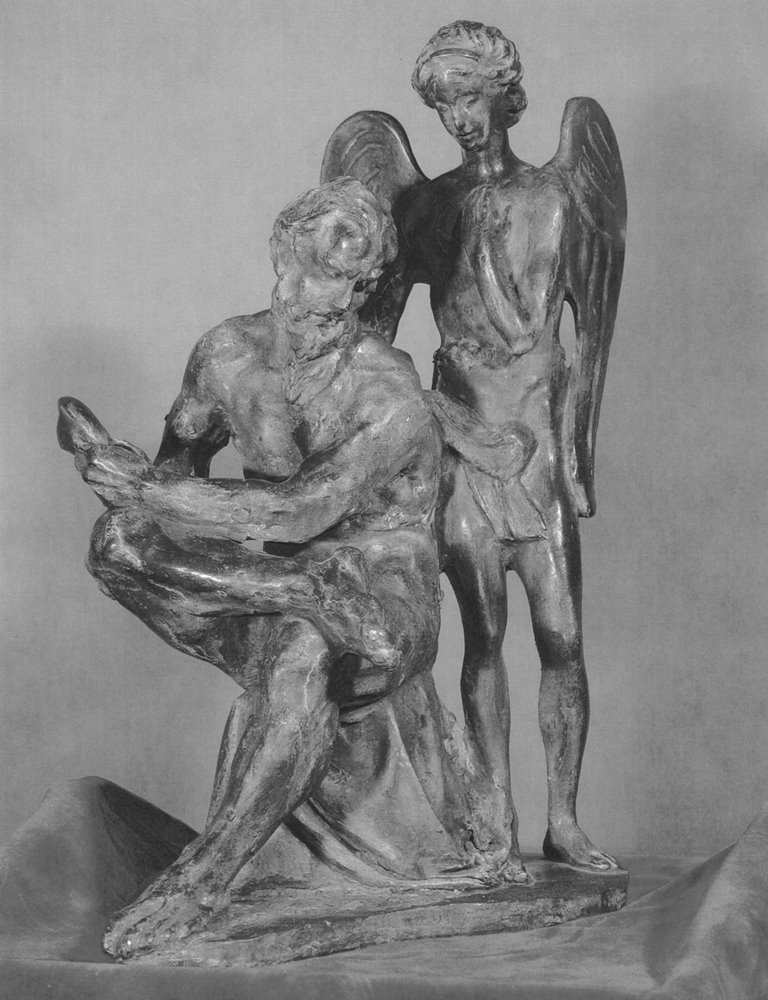 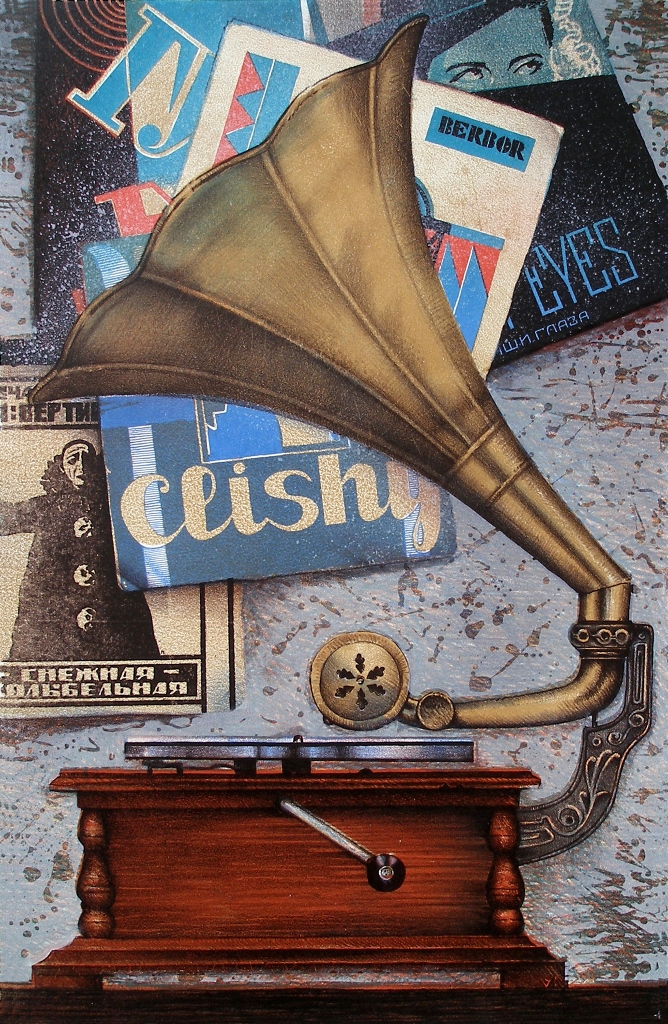 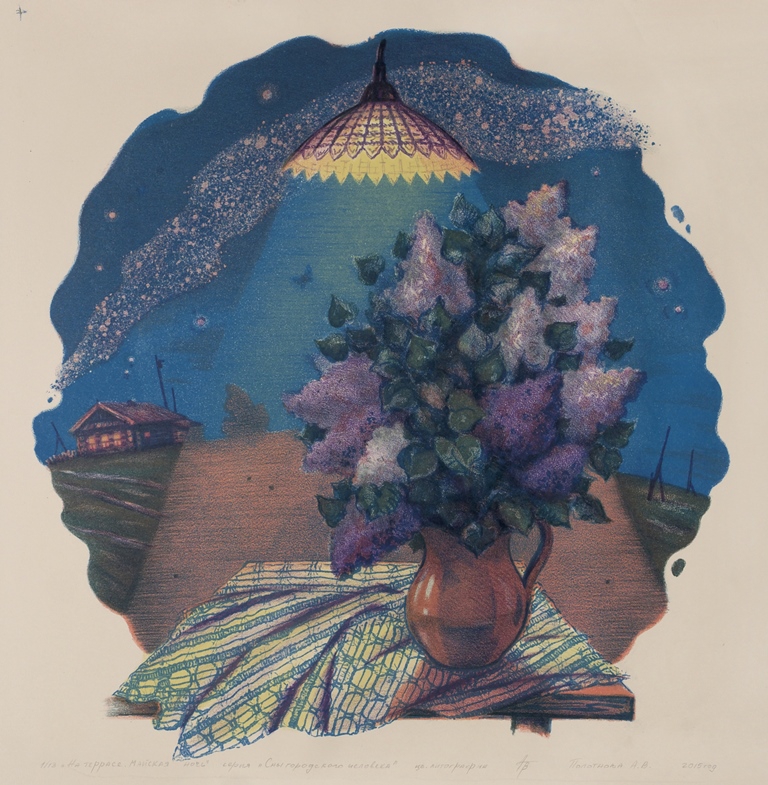 Polotnova Anastasia. May night. On the terrace. 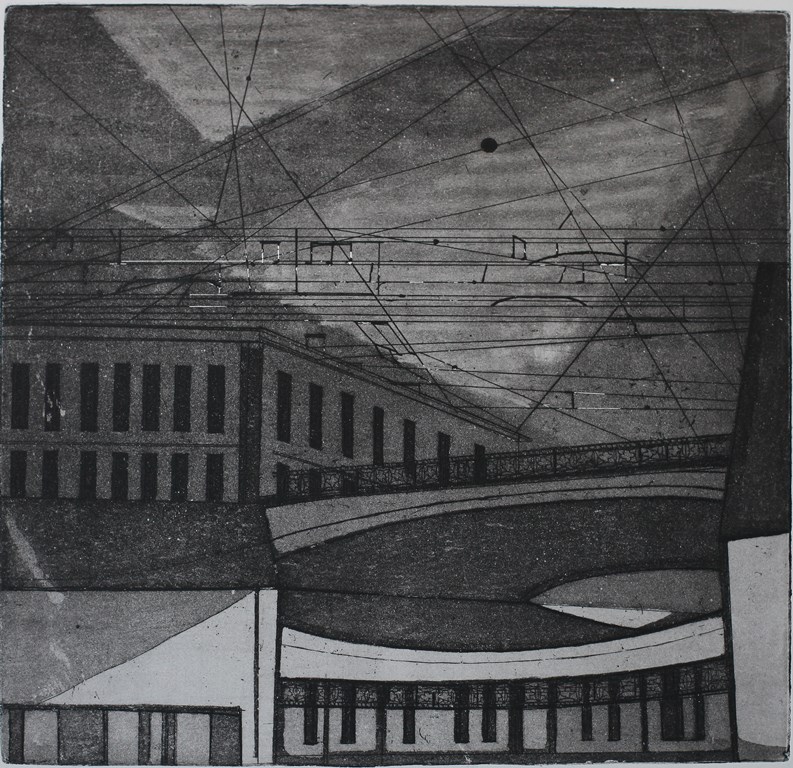 Smolyaninova Maria. Birth of a melody. From the series Music of Petersburg, etching 31x31cm. 2013.