The Perm Art Gallery will host the exhibition “Ul Yau Yaz”, which will acquaint viewers with the author’s mythology of the young but already well-known sculptor Alfiz Sabirov. The exhibition presents a sculpture of small forms of bronze and plaster from the artist’s workshop and private collections. The exhibition is complemented by a series of engravings by Italian artist of the 19th century Domenico Marchetti from the collection of the Perm Art Gallery. 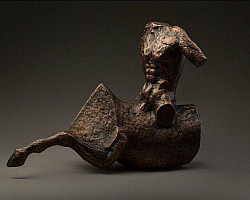 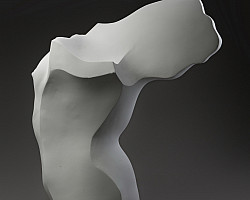 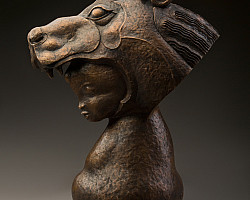 The idea of ​​Alfiz Sabirov’s exhibition is embedded in the name itself - “Ul Yau Yaz”. This is a story about the eternal journey of a mythical hero. The first hall - “Ul” - tells about the birth of a chosen child, who in the future will be the great son of his people. The word "ul" is translated from the Tatar language - "son". In the second hall - “Yau” (“enemy”) - a picture unfolds of the struggle, suffering and exploits of the hero, surrounded by numerous mythical creatures - both helpers and opponents. In the third hall - “Yaz” (“spring”) - before us is a transformed hero, rewarded with a spring renewal of his own forces, majestic and pacified. Such a structure of the path of the mythical hero, of course, is only an allegory of the life path that every living person follows.

During a trip to the author’s mythical world, the viewer will be able to observe images of chthonic giants, mythical animals, heroes and gods, images of childhood, motherhood, mysterious strength and wisdom.

Embodying the hero’s eternal path in plastic images, the author masterfully weaves the motives of Tatar folklore, ancient and eastern mythology. Plots of works based on archaic traditions, however, are not always easily identifiable. In search of inspiration in the depths of centuries, Alfiz Sabirov creates his own, author’s myth, whose task is to turn to the personal experience of the viewer, through the stories of his ancestors, describing his own picture of the world with its values. The desire for dialogue determines understatement, a diverse texture and deliberate trimming of the surfaces of many sculptures that require reconstruction from the viewer - creating a kind of new artifact. On the other hand, as if the missing parts were sent to ancient artifacts. Lost fragments of classical sculpture and relief emphasize that even the destructive course of time is not able to defeat the harmony set by the master. The visual-semantic connection between ancient and new artifacts is complemented by a series of engravings by an Italian artist of the 19th century Domenico Marchetti from the collection of the Perm Art Gallery.

“The mythical world. A symbol of life and death, ancient and new. Chronicle of sunset and dawn, winter and spring. The last step of a warrior and the birth of a hero, ”the sculptor explains the philosophy of his exhibition.

The exhibition was created with the support of the Ministry of Culture of the Perm Territory. It will be open for visits from November 8 to December 8, 2019.

Born July 11, 1985, with. Ishimovo (Perm Territory). In 2011 he graduated from the Ural branch of the Russian Academy of Painting, Sculpture and Architecture Ilya Glazunov. Since 2017, a member of the VTOO "Union of Artists of Russia". In 2017, he won the prize of the Ministry of Culture of the Republic of Tatarstan named after Baki Urmanche. The sculptor’s works are in private collections: Paris, Berlin, Grenoble, New York, London, Riga, Tokyo, Moscow, St. Petersburg, Nizhny Novgorod, Yekaterinburg, Perm, Tyumen, Krasnoyarsk, Irkutsk. Lives and works in Perm.