Vasily Kirillovich Timofeev (1891-1968). To the 125th anniversary of his birth. Painting, Graphics

On November 25, 2016 at 16:00, the anniversary exhibition of paintings and drawings by Vasily Kirillovich Timofeev (1891-1968), dedicated to the 125th anniversary of his birth, opens at the Khazine National Art Gallery. This is the first large-scale exhibition of works by the artist in recent decades. The most significant collection of works by V.K. Timofeev is in the State Museum of Fine Arts of the Republic of Tatarstan - more than a hundred paintings and about three dozen graphic works. A large collection of the artist’s works is stored in the oldest museum of the Republic of Mari El - the National Museum named after T. E. Evseev - more than 40 paintings created by Timofeev in the Mari Territory. Most of this collection is exhibited for the first time in Kazan at this exhibition. 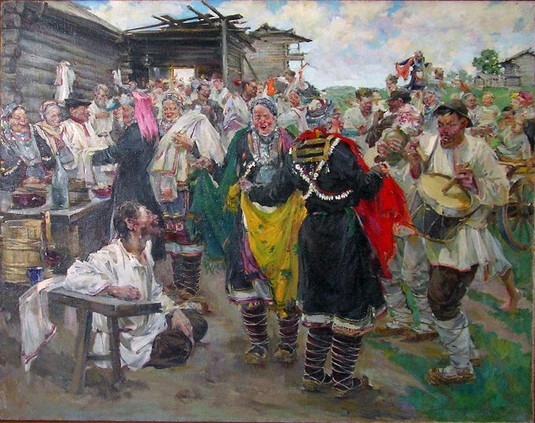 In the history of fine art of the Republic of Tatarstan, the name of V.K. Timofeev occupies a special place. The formation of the fine arts of the republic in the twentieth century is associated with his name. Being a student of G. A. Medvedev, P. P. Benkov, N. I. Feshin at the Kazan Art School, Timofeev continued the development of the traditions of the realistic school that they laid down in creative practice and pedagogical activity. Timofeev’s name is associated with the formation of the republic’s fine art from the 1910s, when he was a graduate of the Kazan Art School, and began his pedagogical activity there, which continued with short interruptions until the artist’s 70th birthday in 1961. At the same time, he taught painting and drawing at the oldest school of the deaf-mute named after Lastochkina (1915-1919), worked in the editorial offices of the periodical press (Krasnaya Tataria, New Village). Timofeev was the organizer and first chairman of the Tatar branch of the Association of Artists of Revolutionary Russia (AHRR), established in Kazan in 1923. In 1940 he was awarded the title of Honored Artist of the TASSR.

Since 1925, on the instructions of the government, V.K. Timofeev worked for several years with artists G. Medvedev and P. Radimov in the Mari Autonomous Region (later the Mari Autonomous Republic) to reflect the life and life of the Mari people in the new socialist conditions of the country. Timofeev created a unique chronicle of the Mari life of the 1920s and 1930s, capturing them in genre and everyday scenes, portraits, rural landscapes. A special page was composed of works that reflected a new life - the construction of factories, combines, timber rafting, wood and leather processing workshops, in each of which the artist was in the first place, his life, his hopes for a better future.

A large place in the work of Timofeev took a portrait. He wrote people close to him, friends, artists and art historians, military commanders and privates from the First Tatar Rifle Regiment.

The exhibition of works by V.K. Timofeev reflects the entire creative path of the artist, all the pages of his multifaceted art.