Irkutsk Regional Art Museum. V.P. On November 23, Sukacheva opens the exhibition “Boris Lebedinsky. Painting, graphics. " In 2016, the 125th anniversary of the birth of this famous Siberian artist, the founder of the Irkutsk school of printed graphics, was celebrated.

Having received an art education in St. Petersburg, Lebedinsky arrived in the Baikal region before the beginning of the October Revolution in 1917 "on sketches." Then he did not think that he would stay here forever. But Siberia did not let him go, immediately captured the young artist, captivated by the grandeur and beauty of his nature. Baikal and Siberian taiga became a source of inspiration for the master in creating graphic and pictorial paintings. It is no accident that one of the central works of the exhibition is the painting “Ledum in the Sayan Mountains” (1922) from the collection of the Irkutsk Regional Art Museum. 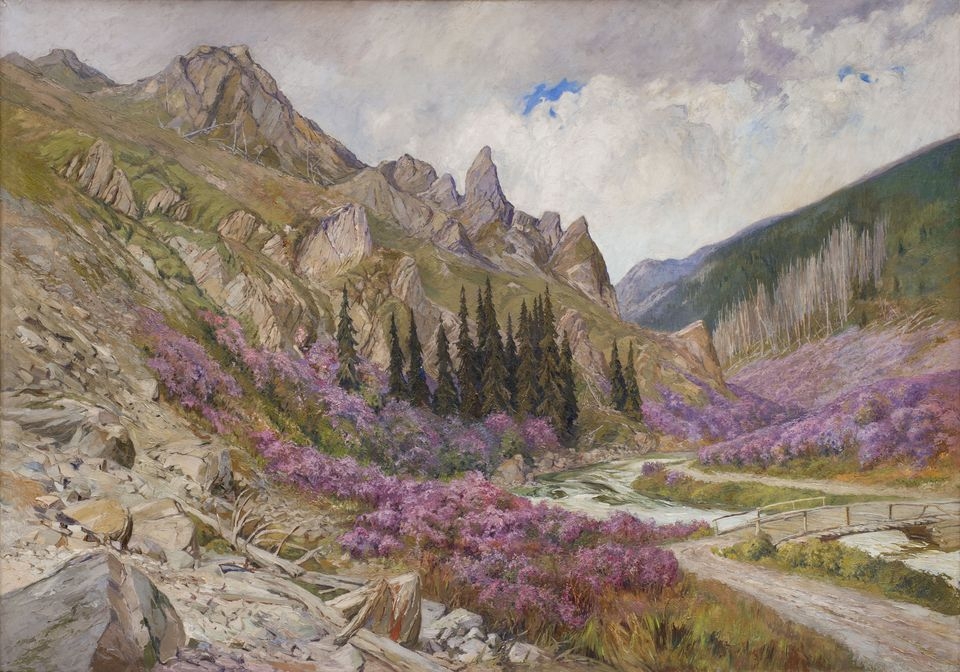 Ledum. 1925. Oil on canvas. From the collection of the Irkutsk Art Museum

The story has become an example of how, as a child, Lebedinsky met the famous landscape painter Ivan Shishkin. This meeting largely determined the path of Boris Ivanovich in art. Masterfully mastering the technique of etching, he said: “I pushed myself from some of Shishkin’s works - this is a great magnificent master of graphics. I’ve been studying with him all my life… ” Lebedinsky was subject to such techniques as linocut, lithography, and aquatint. In his workshop, he tested various techniques for creating prints. According to his own drawings, he even made an etching machine.

Another important topic in the work of Lebedinsky is Irkutsk and its history. In particular, in 1929, with the text and drawings, the album “Moscow Gate” was released, where the artist captured the gate until it was destroyed. When restoring an architectural monument, Lebedinsky’s album was certainly among the sources that could be relied on.

Irkutsk of the 17th year. 1969. Paper etching. Collection of the artist’s family. 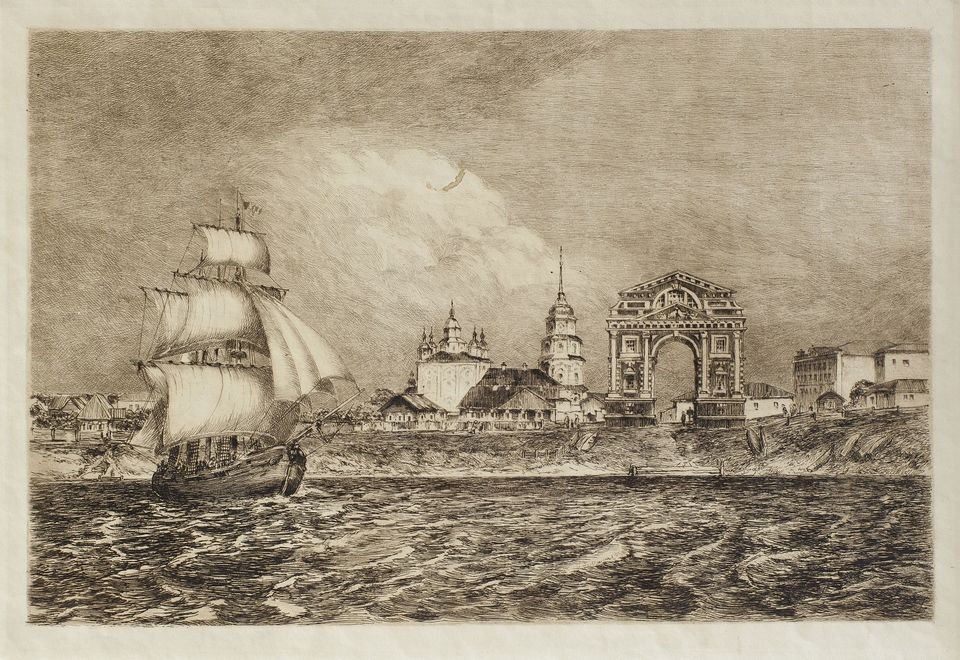 In total, the exhibition features about 100 works by the author. In addition to works from the collections of the Museum. V.P. Sukachev, in the exhibition - works from the collection of the artist’s family, the Museum of Baikal Fauna named after M.M. Kozhova ISU, as well as archival photographs and letters. The exposition is designed to show not only the multifaceted talent of the artist and graphic artist, the master of book illustration, but also of Boris Lebedinsky as a public figure. The teacher of the Irkutsk art school, the curator of the Irkutsk art gallery, the chairman of the society for the protection of monuments - all this testifies to the active life of Boris Ivanovich.

The exhibition will run until January 15, 2017 in the main building of the museum on the street. Lenin, 5. The opening will take place on Wednesday November 23 at 15.00. Entrance to the opening is free. Also, until December 12, 2016, as part of the Art to Preserve project, admission to the exhibition of Boris Lebedinsky will be free.