Exhibition "Dynasty. Ways and Worlds of the Putintsevs" 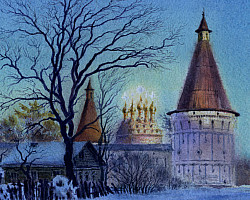 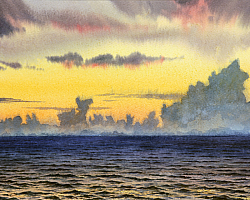 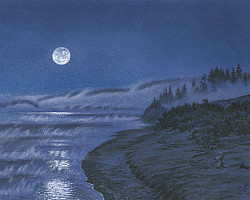 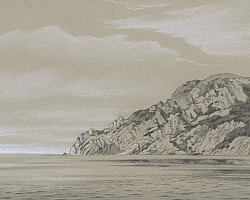 Eduard Petrovich Putintsev was born in 1930 in Moscow. In 1955 he graduated from the Moscow Architectural Institute, worked in Yakutia, where he was engaged in the design and construction of residential and public buildings. In 1960-1961 he studied at the Higher Royal College of Art in Oslo (Norway). In 1963 he defended his thesis on northern urban planning.

According to E. Putintsev’s projects, more than 50 public buildings and structures were built in Moscow, Dnepropetrovsk, Ulyanovsk, Nukus, Novy Urengoy, Stavropol, Bukhara, Mongolia, Ghana and other cities and countries. He is the author of over 70 scientific papers and books on northern urban planning.

Eduard Putintsev travels a lot around Russia and the world, capturing his impressions in quick, sharp and accurate travel sketches. A master of sports in mountaineering, he conquered the mountains of the Caucasus, Yakutia, and the Pamirs. More than 50 countries of the world are captured in his paintings and graphic works.

The exhibition includes paintings and watercolors of different years, covering the period from the end of the 1940s to the present. In works harmonious in color and compositional solution, one feels a special, deeply individual look of the artist on the world around him. Next to chamber lyric works are presented canvases of epic sound. His colorful "travel notes", filled with reverence for the greatness and mysterious power of pristine nature, the beauty of monuments of ancient architecture, brought Eduard Putintsev widespread recognition. Doctor of Art History Maria Chegodaeva wrote the following about the artist’s work: “Eduard Putintsev reveals in his watercolors precisely the“ anatomy ”- not the external“ shell ”of nature, but the structure, the unique internal structure of everything that appears before his eyes, whether it be a building, a mountain, snowy mound or tree against the sky. "

Konstantin Eduardovich Putintsev was born in Moscow. He began to draw in early childhood. In 1980 he graduated from the Krasnopresnensky art school, and in 1987 - with honors from the Moscow Architectural Institute. The graduation project received the VDNH Gold Medal.

Konstantin Putintsev began to exhibit his work back in his years of study at the institute. He received his first recognition abroad, where his schedule was highly praised by art critics and the press. In 1989, the works of Konstantin Eduardovich were awarded a special diploma of the World Biennale of Architecture in Sofia. Since then, they have been repeatedly shown at Russian and foreign exhibitions. For example, in 2006 and 2007, the works of K. Putintsev represented Russia at the European exhibition “Cultural Heritage” (Paris, France).

Konstantin Putintsev, like his father, is a passionate traveler and spends a lot of time traveling around Russia and the world. He traveled almost the whole world from New Zealand to Canada, from China to Scotland, from the most remote corners of Russia to African countries.

A special place in the work of Konstantin Putintsev is the theme of the Russian North. According to the artist himself, this region is close to him, and he feels it in a special way. The cycle “Volga Etudes” is notable for the fact that the works included in it are “momentary,” that is, done literally in 5-7 minutes. In them, the artist managed to reflect the beauty that opens to his gaze, he captures the moment, conveys the state of nature.

In Putintsev’s landscapes, there is both a mood and a faithful transmission of the state of the atmosphere and environment, creating a complete sense of co-presence, empathy. In a special lyrical intonation and spirituality, the continuity of the traditions of the Russian landscape can be traced two centuries later from Ilya Ostroukhov to V.N. Rutsai, to Eduard Putintsev and his son Konstantin. Another feature of Konstantin Putintsev’s work, which passed from his father to immersion in poetry and prose, resulted in the publication of the book “The Word in Watercolor Colors”. Reading the works of Konstantin Putintsev, you just feel how instead of a brush he paints with the word intangible, unlike paintings, images or landscapes. A selection of stories and poems is like an exhibition of oral paintings. Traveling through this literary and art gallery is an interesting and fascinating affair.

Researchers note that the works of Konstantin Putintsev of the 2000s differ from his works of the late 1980s - early 1990s with the appearance of brighter, more saturated colors, temperamental colors, sharp contrasts, and at the same time more lyricism, romanticism, and depth of inner content.

The works of Eduard and Konstantin Putintsev are in collections of state museums and numerous private collections in Russia and abroad.

Artists have created hundreds of travel sketches in which the authors do not tire of admiring the world, nature, historical and architectural sights. Viewers will be able to see all these works at an exhibition at the Russian Academy of Arts.