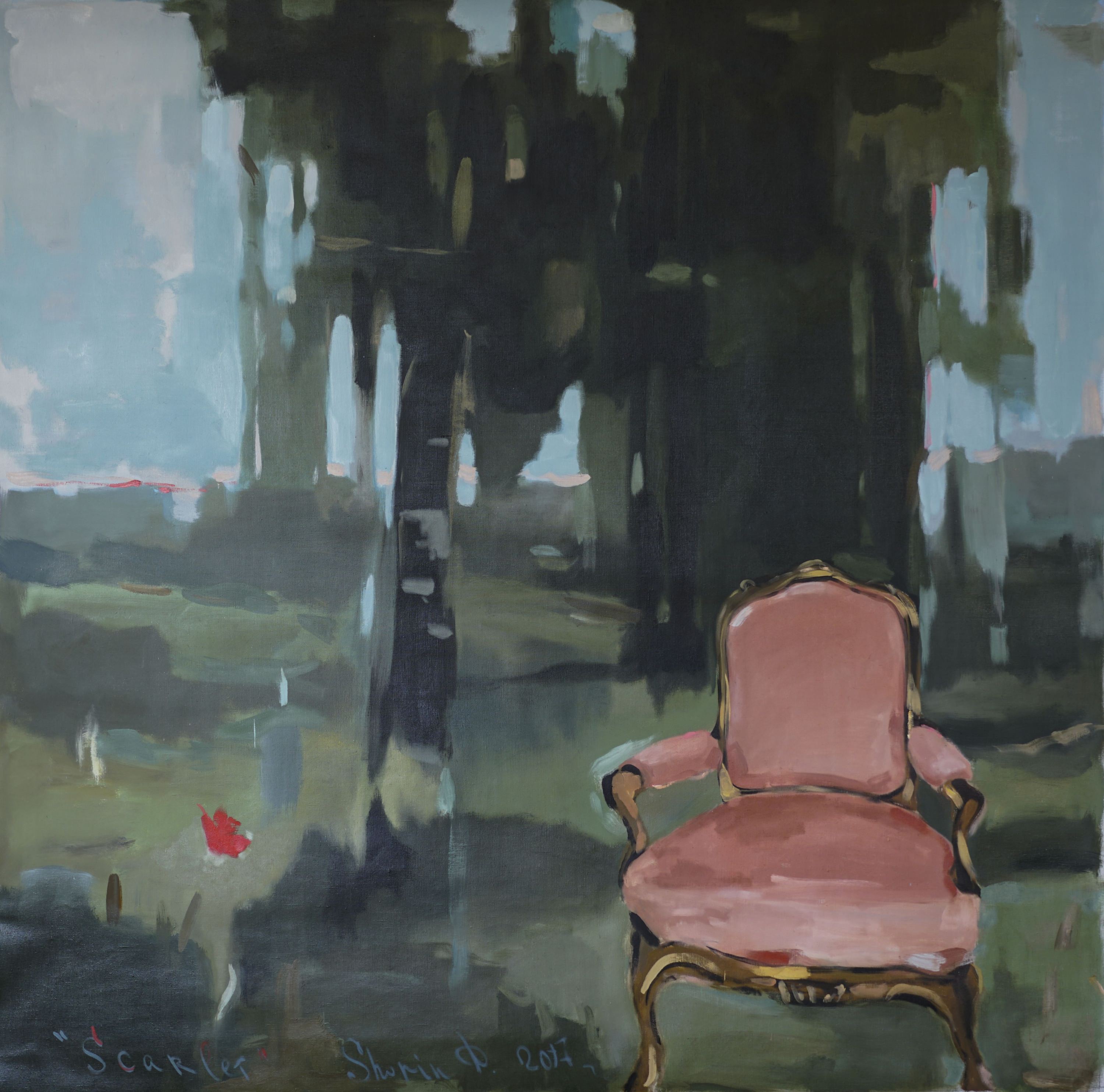 Dmitry Shorin’s new project “Apology of Delusions” consists of 12 paintings, each of which depicts a forest - dense, hopeless, deserted, or on the contrary not frequent, with a road, trees - slender pine trees, or crooked or straight birches. The magical forest of Dmitry Shorin is filled with surprises, and these are not fabulous miracles, not a goblin, not a mermaid on the branches and the like, this is…. However, like Ulysses, we will go on a journey through the forest of the Artist with him as our Virgil. But first look back. The last solo exhibition of Dmitry Shorin took place in October 2015. Why was this positive master silent, who created on his canvases a brightly spectacular sensual world with its natural sexuality, greed for life. Probably, “having passed earthly life halfway”, he “ended up in the gloomy forest” (Dante), stopped and thought, trying to philosophically comprehend the essence of being and its place in time. We do not know if the artist found the truth, but he depicted his searches, doubts, insights, etc., very poetically in the images of wandering through the forest in search of a way out of it.

It is known that we get lost in the forest, we walk in a circle, constantly returning to the starting point. D. Shorin about his wanderings: “What a strange birch! Curve, as if to spite. Someone cut out the letters in the cortex. Probably better to the right. There is moss and shrubs, and something is blushing… I’ll go and see. ” The red dress and girl’s knees are blushing (“Morning in the forest”), the artist rushes into the thicket, but the vision disappears, only the old bicycle (“Picnik”) is revealed. “The forest mirage is strange. After all, there was a man behind the spruce. I just would like to come closer to him and ask how to get out of here faster, rather to the way back. It seemed that there was a house by the road, but it is not there, it is again a mirage. " The house by the road is reflected in the old mirror of the surrounding frequent straight pine trunks (“April”), creating a Gothic landscape. Artifacts literally fill the artist’s forest. “Strange is a birch! Curve like a knee, with letters carved in the bark. My eyes darkened. There was hope that it was another birch. Better left… Better look into the distance, collect mirages. " The artist’s memory is a thing of the past. Sheep appear out of nowhere on a deserted forest road (“Lamb”), creating an allusion with the Barbizonians, a lonely ball (“Tanya”) on the slope of a forest mountain refers us to the artist’s childhood and his generations (“Our Tanya bitterly cries”…). What is an artist looking for, what will we see? “Which way? It’s a birch! Curve as if to spite! And these two strange letters! I’m going straight now! It’s not dark yet. ” And again an artifact. An antique armchair with pink upholstery against the backdrop of a group of delicate beautiful birches, a soft summer day, dim light fills the space of the picture. The chair beckons - sit on me, next to it in the grass is a magical scarlet flower. Is this the ultimate goal of the quest - an easy life with the fulfillment of any desires, without painful doubts and worries? The answer is in future master projects. However, the main forest mirage of the artist - the Concorde plane is clearly visible due to the curved trunks of birches, such usually grow in a swamp. Who will this car take in the future?