Exhibition "WORLD OF SPORTS" in the Italian hall of the St. Petersburg Institute of Painting

From April 15 to April 23 in the Italian Hall of the St. Petersburg Institute of Painting, Sculpture and Architecture named after Repin an art exhibition "WORLD OF SPORTS" is open. The exhibition presents the works of artists - sculptures, paintings, graphic compositions and architectural sketches - on a sports theme. Free admission.

At the exhibition in the Italian Hall on Universitetskaya Embankment -17, sports in various subjects and colors triumph. 137 works by young artists formed a complex exposition of the exhibition, which reflected many sports: biathlon, gymnastics, horse riding, rowing, tennis, football, ice hockey, freestyle wrestling, boxing and others. 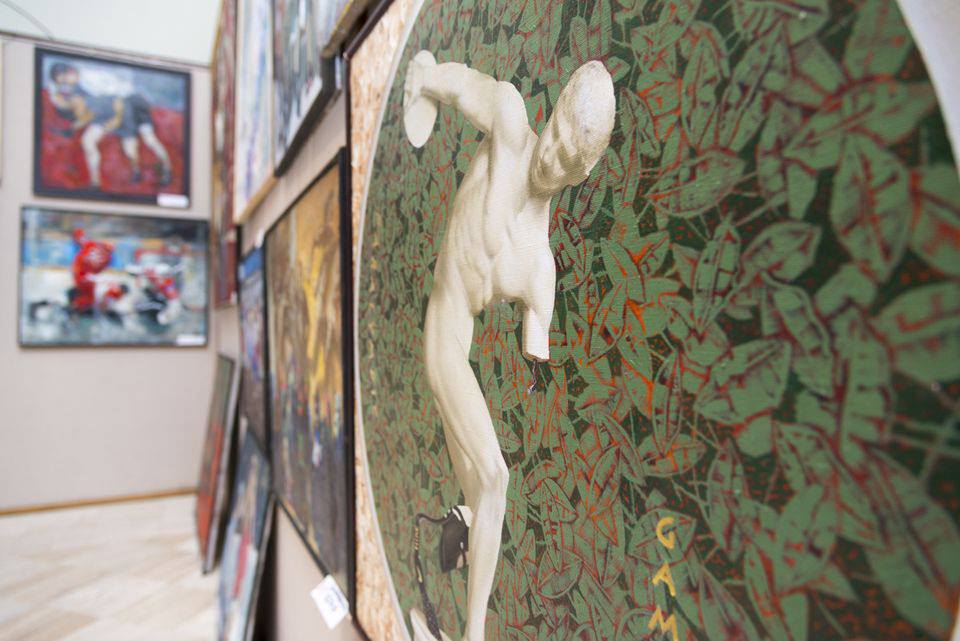 Artists studied history, depicting the subjects of the Olympic Games from antiquity to competitions in Sochi. The main characters of a number of subjects were Paralympic athletes, whose artists embodied their courage and will to win with visual means. Among the architectural projects are sports centers and fitness clubs of a district scale to an ultramodern yacht complex and an urban race track.

The exposition combines the work of artists - students and lyceum students of St. Petersburg educational institutions: Repin Institute and the Johanneson Academic Lyceum. They were created specifically for the exhibition "World of Sports", which in itself is a competition, but not sports, but creative. The works compete in the following nominations: 30 works in the Painting, 39 sculptures, 22 in the Graphics, 26 in the Architecture, 20 works in the Young Artist nomination. All exhibits are displayed under codes, with the names of works, but without the names of the authors. Such an organization will allow a jury led by the rector of the Institute, Corr. PAX Semyon Mikhailovsky impartially assess the level of work, the work of artists and determine the winners of the competition. 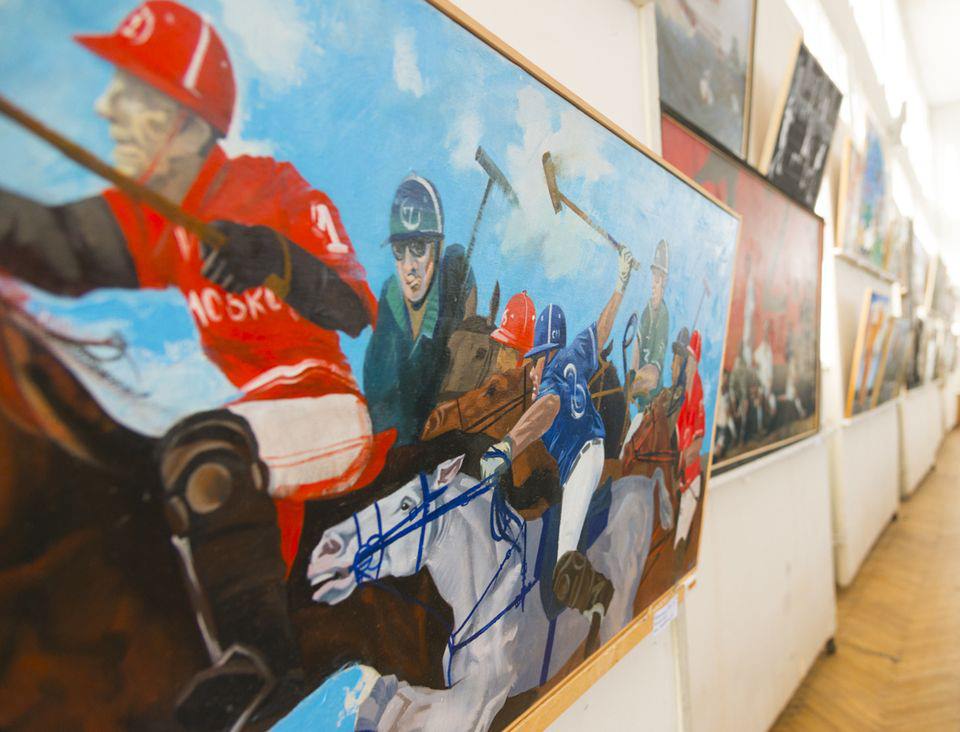 According to the rector, the work of the jury will be difficult, because there is high competition. “The exhibition deserves special attention. A lot of talented work. The Academy is developing, artists are moving away from cliches in revealing topics, finding vivid authorial solutions. ”

The competition started in November last year, over the past five months, artists have been able to prepare work on the topic. The opened exhibition is the finale of the tenth anniversary of the creative season, organized by philanthropist Igor Minakov. The awards for the winners of the competition will be the patron’s prizes: First prize - 50,000 rubles, Second - 40,000 rubles, Third - 30,000 rubles. The total bonus fund of the Tenth Competition exceeds 1 million rubles.

The exhibition organized a “popular” vote of spectators in the nomination “Public Recognition” for the best painting and sculpture. On the last day of the exhibition, April 23 will announce the names of twenty-two laureates of the competition.

Creative competitions and exhibitions of young artists, organized by St. Petersburg businessman and philanthropist Igor Minakov, are held annually, starting in 2006. The competition "World of Sports" became the tenth and of particular importance - the award of the patron remains the only program of its kind in the Russian Academy to support young artists in their training and creative development. Great help to the project is provided by the leadership of the Repin Institute.

The exhibition "World of Sports" is open for visiting in the Exhibition Hall of the Repin Institute (Universitetskaya emb., 17) from April 15 to 23 from 12 to 18 hours (seven days a week), admission is free.