The unifying idea for the exhibition was the very nature of art, in which there are neither strict logical laws, nor well-known development scenarios. Contemporary art, by the end of the 20th century, overcame many of the principles that existed before: the ideal form, content, subject-isomorphic recognition of the world - entered the 21st century as if it shook off the “burden” of beautiful centuries. But, as before, the artist is trying to harmoniously exist in two realities: physically tangible, material and the reality of his own imagination. 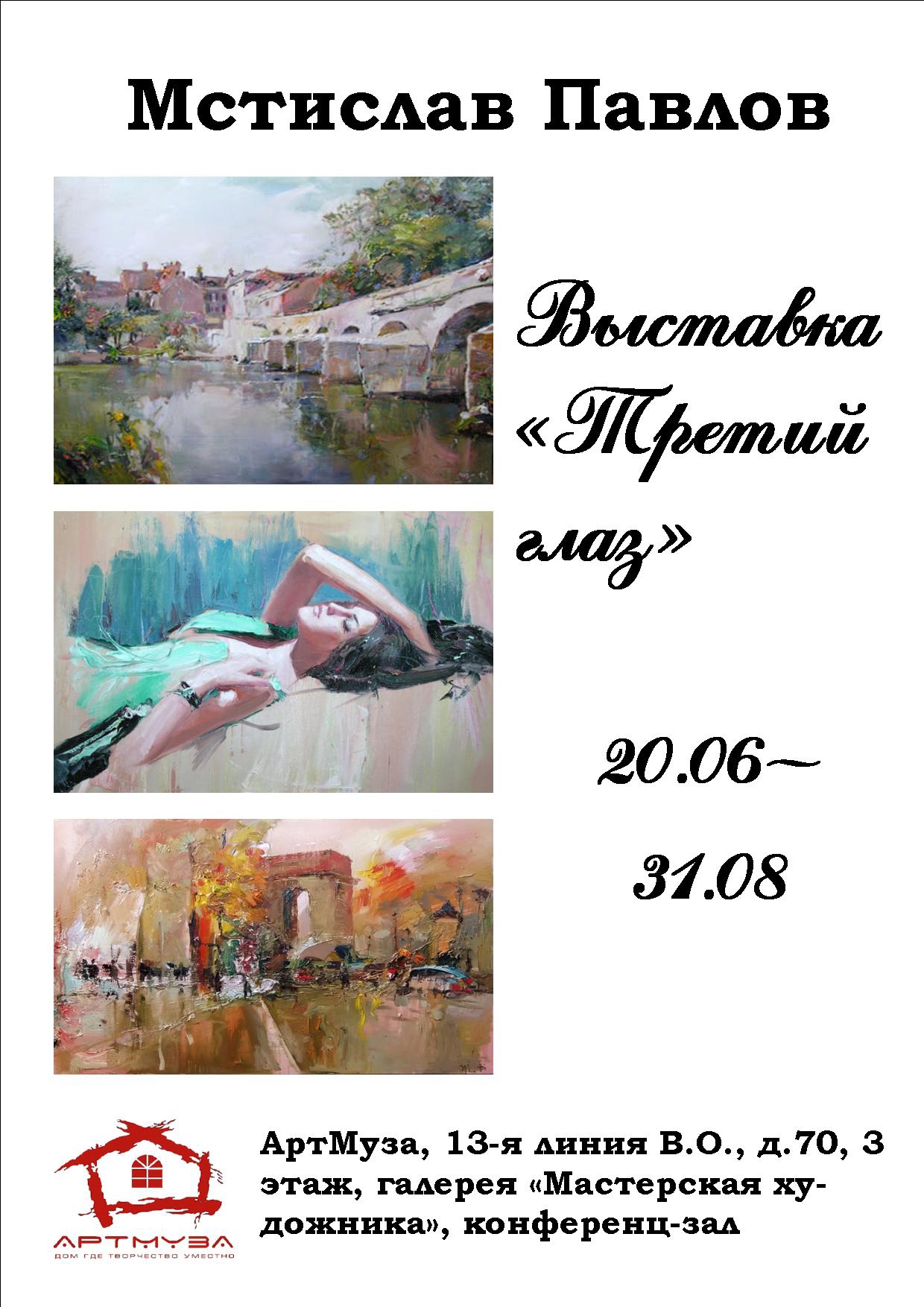 Understanding this ambivalence of life, taking it as a special given, the artist, more than no one, becomes that integral organ of the senses that sees and hears the past, accepts the present and guesses the signs of the future. It is possible to reflexively capture the elusive reality, but only the inner vision and creative intuition of the creator are able to give his creative intentions a genuine depth. When thousands of fragments of one’s own life and the entire world are suddenly intertwined into a certain integral image, the artist seems to find a “third eye” - an interdimensional tunnel between material and non-material space - which leads him to the final idea.

In the painting of Mstislav Pavlov, the main character who determines the texture and the main drama of the paintings is color. The involvement in the world of light and sun, characteristic of painting, is fantastic. Color chords in the landscapes of France and the female images of the artist originate as if before our eyes - from the initial chaos of the Universe, when the miracle of the formation of harmony of everything and everyone happens. In observing the flow of lava of various shades of colors, it seems that the human eye gains an unprecedented power of feeling. The power of vision appears, capable of transforming the world - when the viewer witnesses the unity of light and color as such - it seems that from now on there is no darkness.

Mstislav Pavlov was born in 1967 in Leningrad (St. Petersburg). He graduated from the Secondary Art School (1985) and the St. Petersburg State Academic Institute of Painting, Sculpture and Architecture named after I.E. Repin (1997). Member of the Union of Artists of Russia (2002).