Exhibition "MOSCOW IS NOT UPON THE MOUNTAINS"

On August 7, 2020, the A. Pushkin State Museum of Fine Arts and the Manege Central Exhibition Hall in St. Petersburg, with the support of the Committee for Culture of St. Petersburg and the strategic partner of the Potanin Fund project, present the exhibition NEMOSKVA NEAR THE MOUNTAINS, which will be the third stage of the project interregional interaction in the field of contemporary art NEMOSKVA. The project partner is Sibur company.

Artists from different regions of Russia will present their work under the guidance of seven curators led by Antonio Geusa. The goal of the exhibition is to show the relevance and maturity of regional art processes in a global context. The basis of the project is the work of its creators directly with regional experts and artists. The exhibition will present the works of 80 authors from 21 cities of Russia, while almost all works are created specially. This is the principal position of the project to provide an opportunity for artists to realize their ideas. In August-September 2018, NEMOSKVA International Traveling Symposium was held in 13 cities of the Trans-Siberian Railway with the participation of international experts. During the Symposium, experts selected ideas for exhibition projects 2019-2022.NEMOSKVA exhibition was organized at the BOZAR Center for Fine Arts (Brussels). The project also launched a nomadic curatorial school. The author of the idea and the project commissioner is Alisa Prudnikova.

The name of the exhibition “MOSCOW IS NOT ABOVE THE MOUNTAINS” refers to the famous work of Boris Matrosov in Perm, which promises everyone an approach to happiness. The exhibition of the NEMOSKVA project makes the contemporary art of the regions the center of attention and encourages to step over any symbolic mountains in getting to know it. Each regional situation has its own history and specifics and is a multilayer process that takes place at several levels. In this project, curators capture the present moment, which is characterized by regional artists’ awareness of their involvement in global processes and a sense of synchronization with the world of "big" art. And in this mode the topics of material resources, mimicry, care, personal time, independence, self-confidence, self-irony are especially relevant.

The theme of the exhibition, on the one hand, emphasizes the idea that the development of contemporary art in Russia is often characterized through the absence, rather than the presence of something. On the other hand, it is a state of endless expectation, which during the pandemic became almost the main marker of the era and the ongoing civilizational changes.

“The NEMOSKVA project began with a study of Russian art in the cities of the Trans-Siberian Railway, immersing international experts in the specifics of the regions, and continued with a curatorial reporting project by Inke Arns and Dieter Rulstrate in Brussels. The next step of the project makes it possible for curators from the regions not to be responsible for “their territory”, but to talk in general about what contemporary art breathes in Russia. The theme of the exhibition, on the one hand, emphasizes the idea that the development of contemporary art in Russia is often characterized through the absence, rather than the presence of something. And we have already experienced this stage. The exhibition emphasizes the productivity of the state of endless waiting, which during the pandemic became almost the main marker of the era and the ongoing civilizational changes, ”draws attention to the relevance of the exhibition Alisa Prudnikova.

“The NEMOSKVA project is an important part of the regional development strategy of the Pushkin Museum. In a sense, many of us come from non-Moscow, and this project is a living embodiment of a single cultural field in which there are no borders between the capital and the province. We are very pleased that in this difficult time we have the opportunity to explore the state of contemporary art in the regions of the country, feel the mood of artists and share these observations with our viewers - but this time not in Moscow, but in St. Petersburg. The concept of the exhibition has repeatedly changed with the way the world has changed, and we hope that it turns out to be relevant and consonant with our time, ”says Marina Loshak, director of the Pushkin Museum of Fine Arts. A.S. Pushkin

“The idea to hold the third exhibition exhibition of Alisa Prudnikova NEMOSKVA in the Manege appeared about a year and a half ago. We are proud that we are currently selling it together with the A. Pushkin State Museum of Fine Arts. The exposition will provide the viewer with an exceptional opportunity to see such a detailed panorama of contemporary non-capital Russian art. This project, from my point of view, relieves the contemporary art of Russian cities from the sometimes unnecessary capital expertise and makes it more free. I express my deep gratitude to the Vladimir Potanin Charity Fund and SIBUR for the tangible support that made this project possible, ”commented Pavel Prigara, director of the Manezh Central Exhibition Hall.

The work of the curatorial group on the project began in the fall of 2019. During the discussions, a structure crystallized with seven independent parts of one large exposure. The focus of the curators was aimed at self-reflection of artists about the current status of art and the possibility of creating new projects. 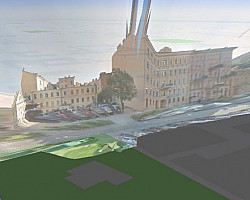 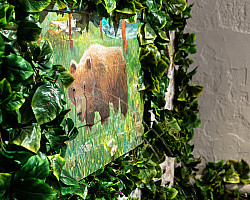 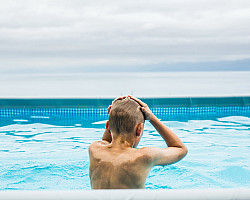 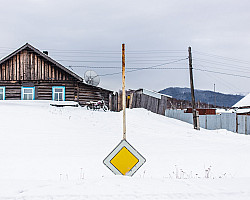