A photo exhibition "Incredible events and amazing facts from the life of Baron Karl Friedrich Hieronymus von Munchausen" has opened in the Crimean State Theater for Young Spectators. 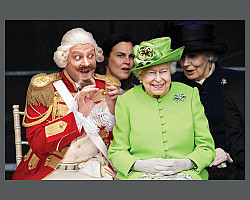 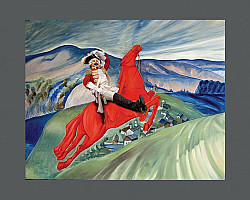 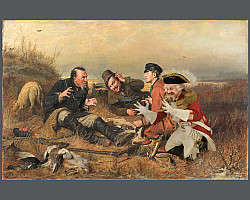 This joke exhibition was timed to coincide with the 300th anniversary of the world famous Baron. In the photographs presented in the theater gallery "The harasho", Munchausen appears in the most unexpected situations: meeting the first astronaut on the moon, composing a place for Mickey Mouse with Walt Disney or talking with Mona Lisa - just about two dozen of the most incredible and absolutely truthful stories in the spirit never discouraged Baron.

The authors of the idea, Andrei Permyakov and Olga Dolgova, were inspired by the rich imagination and cheerful disposition of the famous character. And the idea was embodied by the photographer, designer Nadezhda Bondarchuk.

The exhibition will run until January 15th. And the play "Munchausen", for the premiere of which this exhibition was conceived even before the pandemic, can be seen in the Crimean Youth Theater on January 3.