On April 7, 2017, in the halls of the MVK PAX Gallery of Arts Zurab Tsereteli (Prechistenka, 19), the grand opening of the exhibition of works by the outstanding artist of modern China, Honorary Member of the Russian Academy of Arts Mu Ke “Silk Road. A caravan of art. ”

The exhibition presents about 40 paintings, combining modern trends in art, the author’s vision of the world and the traditional philosophical beginning. 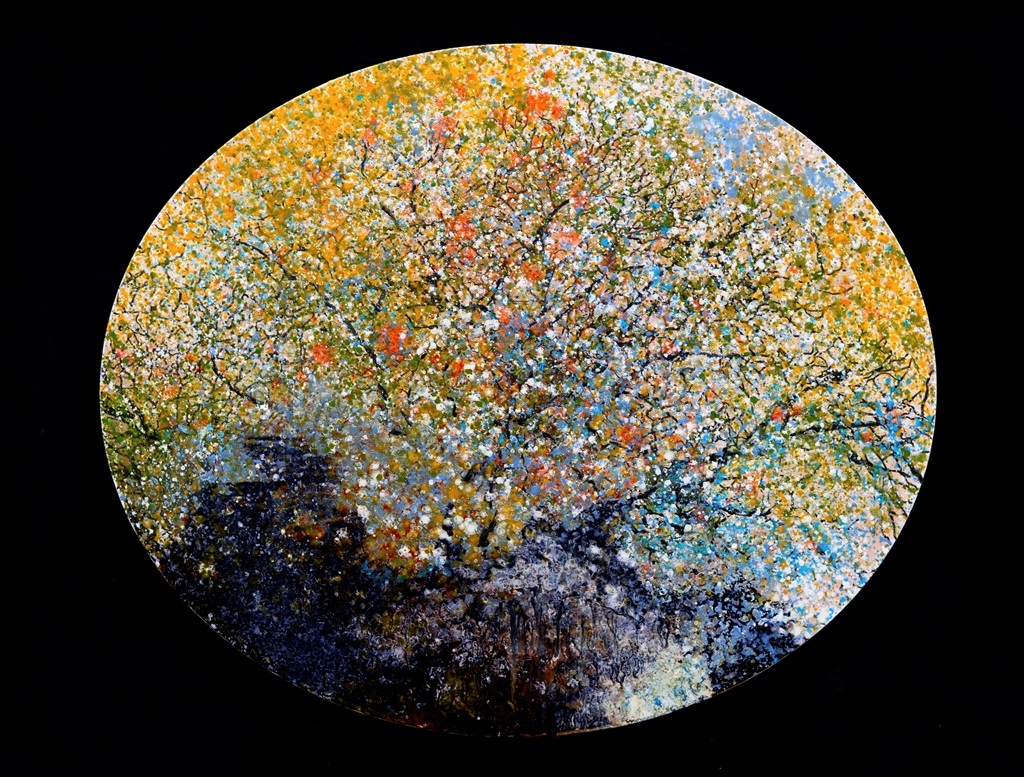 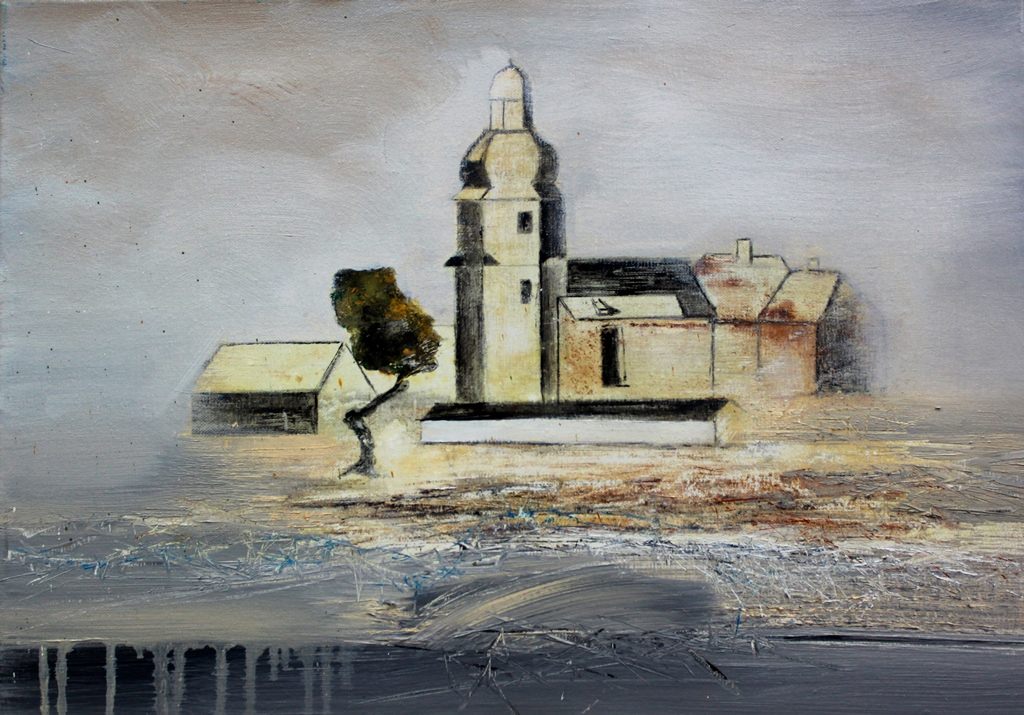 Mu Ke - a connoisseur of the world history of art, chose for himself an emotional, expressive direction of creativity. Basically, the artist works in the European technique of oil painting, creating landscapes and architectural sketches, as well as still lifes. In free pictorial compositions, the master conveys his worldview through color relationships, without fear of introducing bright, open shades into a subtle and harmonious color. The artist’s works are distinguished by a tendency to color and light expression, special openness, entertainment, and active interaction with the viewer.

The main part of the exhibition consists of works from two central cycles in Mu Ke’s work: “War and Peace” in memory of Leo Tolstoy (2017) and “Dialogue between the air stream and the image of an object” (2016).

More than a hundred years have passed since the death of Leo Tolstoy, but his works continue to provide food for minds, having undeniable global significance. The series “War and Peace” in memory of Leo Tolstoy reflects Mu Ke’s interest in the work of the great Russian writer. The canvases give rise to a philosophical understanding of the novel, the images formed by the artist upon reading. On an abstract background, manuscript lines appear and appear. 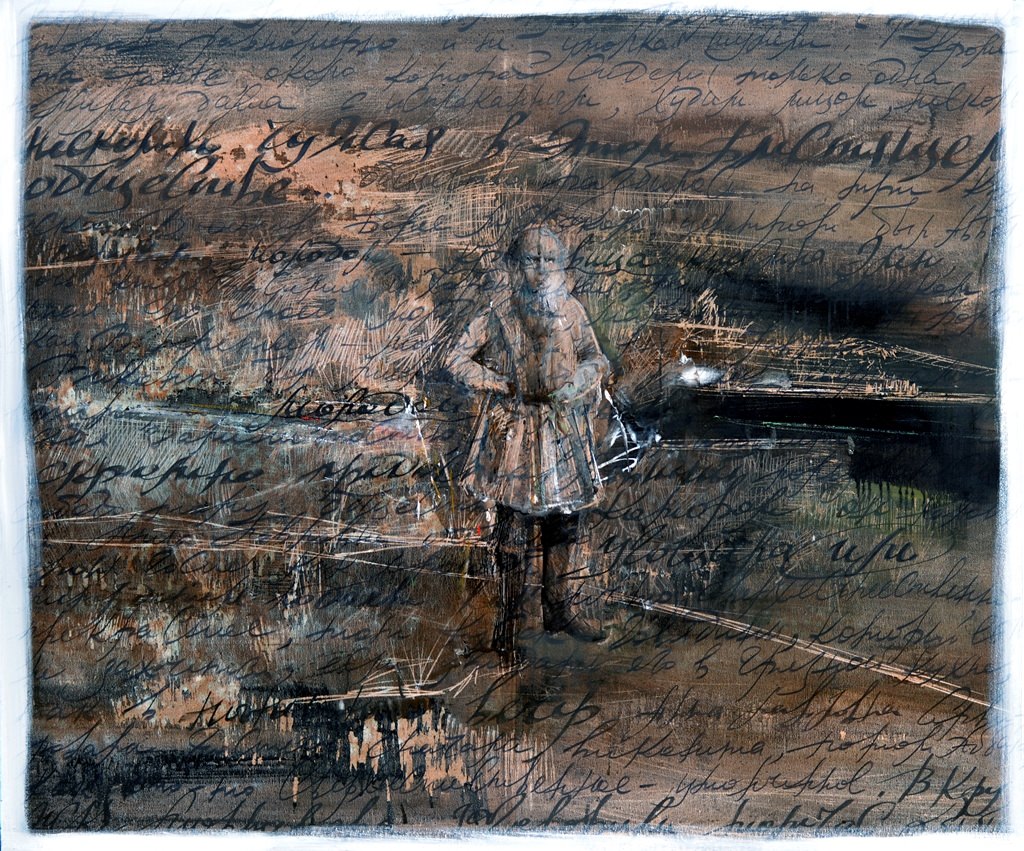 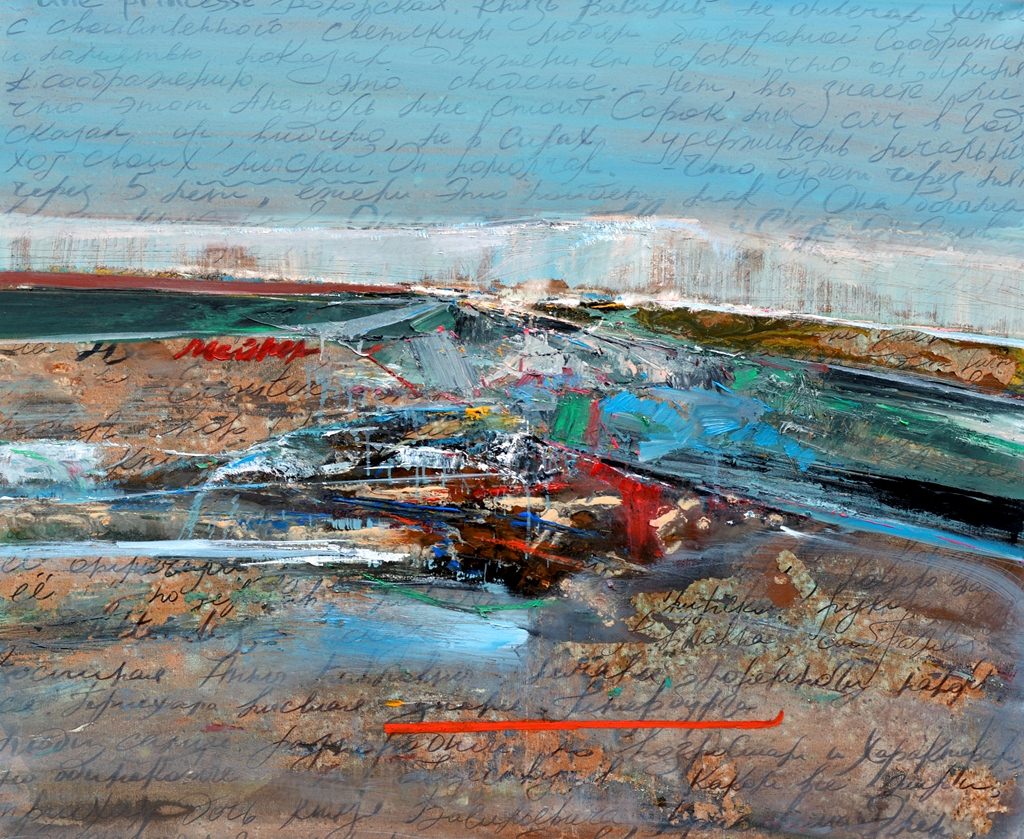 The landscape cycle “Dialogue between the air stream and the image of an object” corresponds to the traditional genre of “mountains and water” and is distinguished by the composition characteristic of Chinese art, inscribed in a circle or oval. The nature of Mu Ke paintings, in contrast to the contemplation and peace of traditional landscapes, is filled with vitality, internal dynamics. He gives a more modern interpretation of this traditional theme. A free, textured brushstroke conveys the contrast between the majestic cliffs, sea waves and the peace of the heavens. The air environment created by color and light plays an independent emotional role in the works. The compositional framework, as it were, restrains the natural power, and at the same time unites all the elements, emphasizing the harmony of the world. 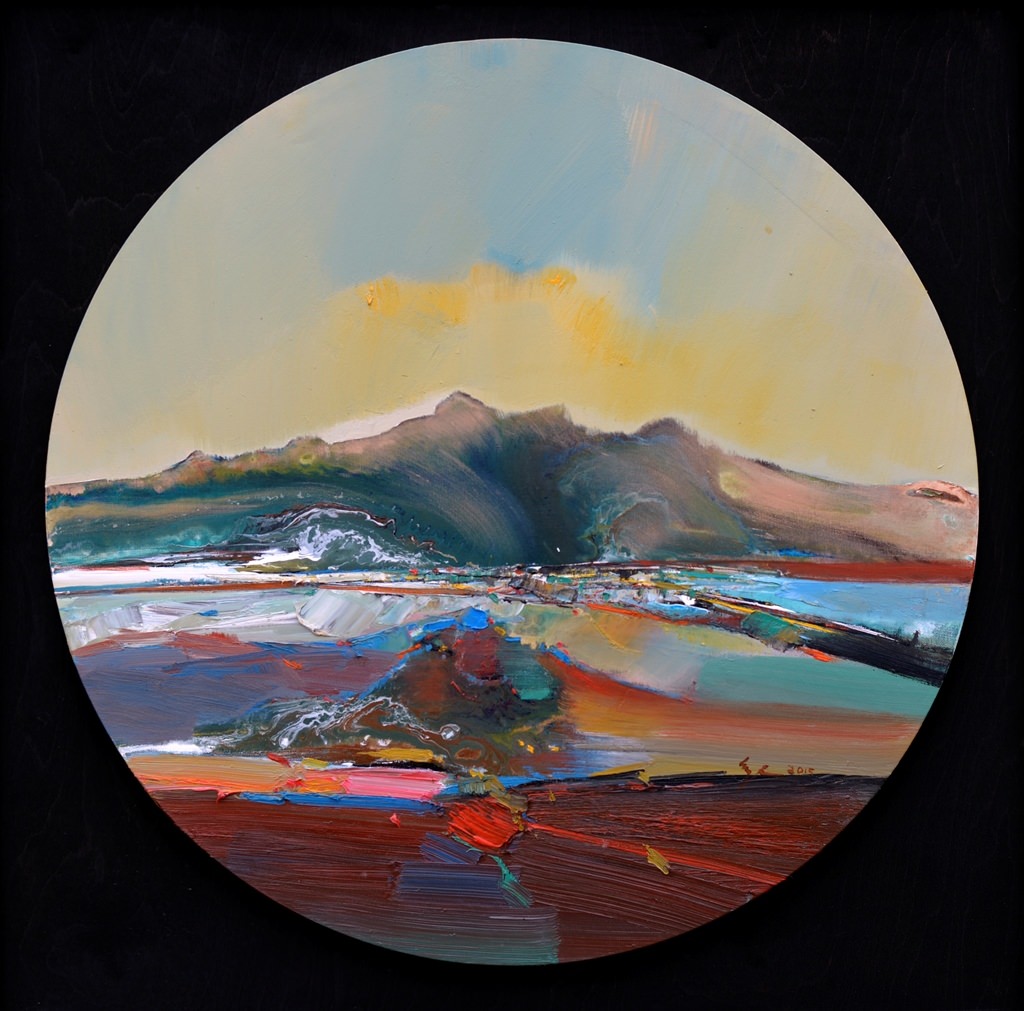 Cycle (dialogue between the air stream and the image of the item No.3) 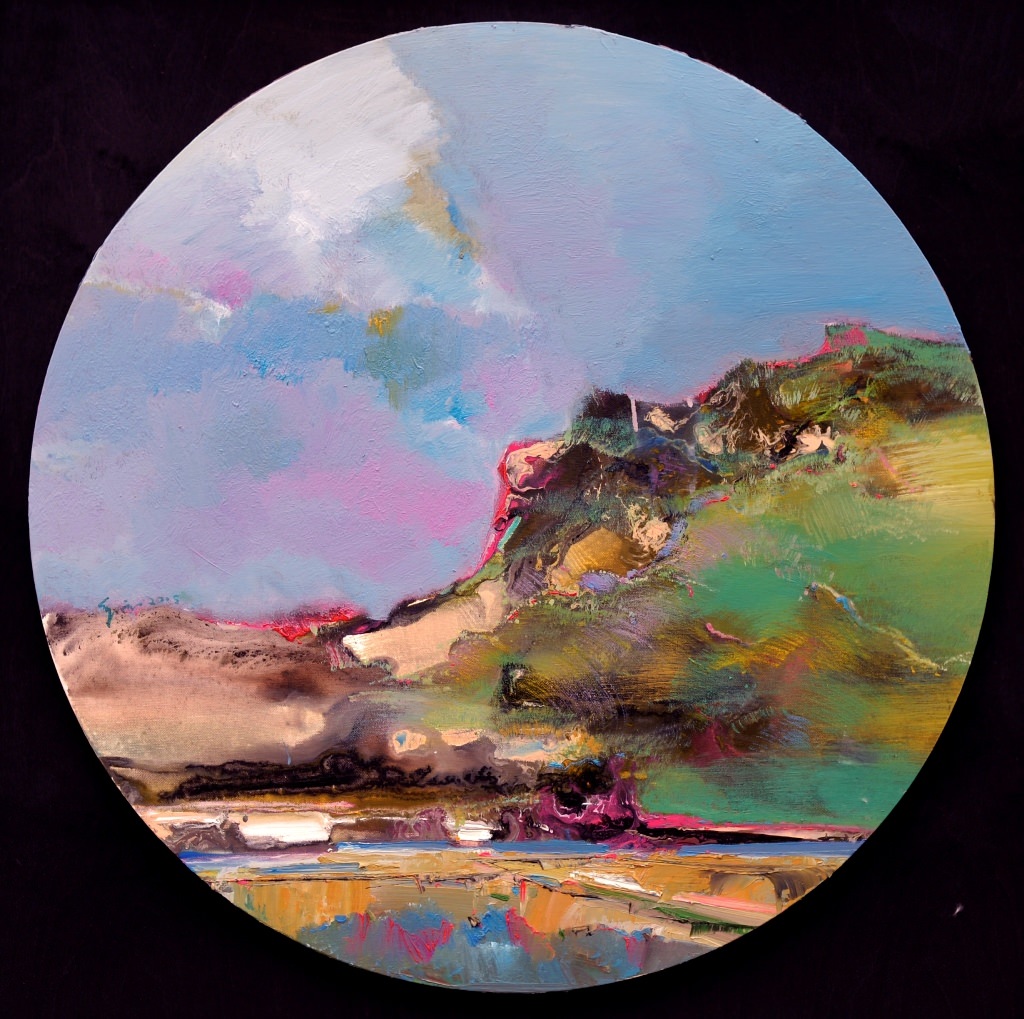 Cycle (dialogue between the air stream and the image of the item No.11)

According to art critic Wujia: “In the works of Mu Ke painting there is a firmness and solidity that manifests itself in the works of artists from the north of China, as well as the spontaneity and vitality that characterize the art of southern China… In his art, the styles of art of the south and north are closely intertwined “They have an endless dialogue, complementing each other and improving the subtlety of embodiment in a work of art.”

In 2015, the artist was elected an Honorary Member of the Russian Academy of Arts. In 2016 he was awarded the silver medal of the Union of Artists of Russia “Spirituality, traditions, craftsmanship”. Since 2001, the works of Mu Ke have been presented at numerous exhibitions in the UK, North Korea, China, Portugal, Russia, and the United States.

The exhibition will run on May 9th.