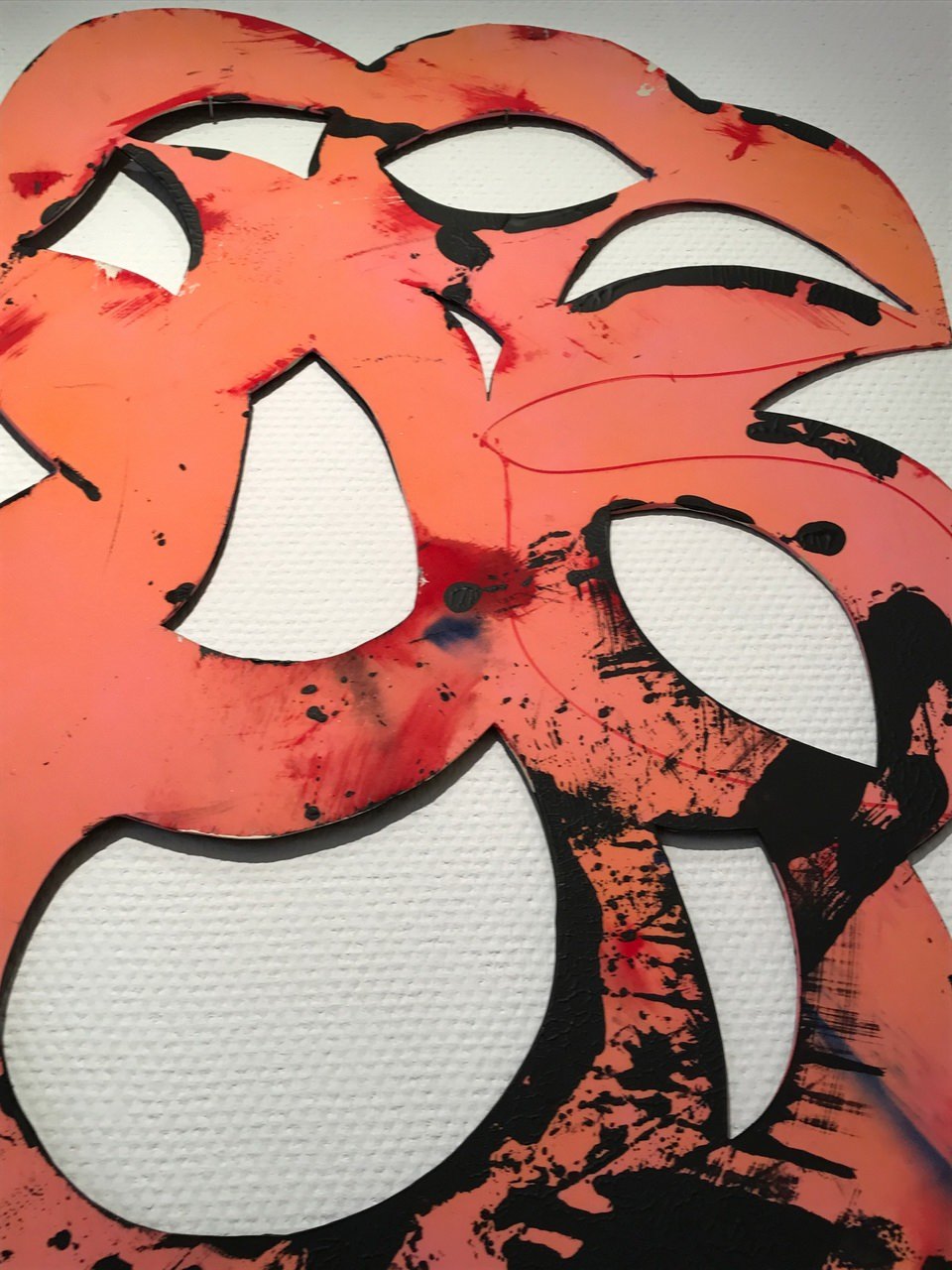 Folds are a metaphor for visual perception as a whole, a call for artists to reflect on the visible and invisible component of a work. This exhibition is a research project that touches on the theme of "visual image", relevant in art history, philosophy, visual anthropology. Folds, whether it is the frozen movement of the fabric or natural phenomena: the earth and its caves, rocks, composed of folded rocks, the configuration of which was determined by time measured by millennia, or waves or sand dunes, water and its rivers, air and its clouds, light and its flame — the folds of which create seconds — is always the result of the interaction of motion and time. A folded surface, texture is the time experienced by us in objectified form. Visible and invisible are present in the visual as traces of a frozen motion, as a trajectory of motion in time. In art, there are various folds that came from the East, as well as ancient Greek, Roman, Romanesque, Gothic, classical. This image has always excited artists, and artists of the classical era, portraying the Madonna or the statue of Venus, always paid attention to the unrepresentative part - folds, draperies of clothes, in which their style and temperament were manifested - this was where the artist had freedom of expression even in the era of the canon. The theme of random stopping time in the fabric was the space where the classical artist received freedom of expression. When the folds of the folds come off the canvases, the French philosopher Gilles Deleuze draws attention, “they take on the sublime form that Bernini gives them in sculpture, and then the marble reflects and picks up the folds directed to infinity, and they no longer express the body, but express a kind of spiritual adventure that can inflame him. "The main feature of the baroque, defines Deleuze, is a fold directed towards infinity. “And, first of all, their baroque differentiates according to two directions, two infinities, as if infinity had two floors: folds of matter and folds in the soul.” The complex configuration of folds, reaching the indistinguishability of the visible and the invisible, is a metaphor for visual perception as a whole. The relief of the folds makes a smooth surface rise so that what is opposed to it - hidden, depressed, hidden - “anti-view, counter-exterior,” offering a spectacle opposite to what was expected to be seen at first glance. It is the invisible that appears between the gaze and the visible, which brings it to the stage and which it serves. “The seismograph of the invisible, the brush registers - and does not impose at all - the formation of surface cracks of the invisible, those that disorder the already seen and, pushing it away, take their place as the new visible. In the picture, in accordance with the artist’s accurate and persistent ability to feel, the stigmata of the invisible themselves are applied. ” The folds make visible that which should not have been able to see, through contrasting, turning over; the relief of the folds creates the “Crosshairs of the visible and invisible,” as Jean-Luc Marion called his work. Elena Petrovskaya considers the question of the irreducibility of an image to an image (E.P., 2010). The image in art is always derived from the invisible, hidden part of the image. He is present in a work of art, but not visible in it. The alternation and free play of the depicted and hidden, the experience experienced and comprehended at the moment, and the experience of the indistinguishable, overtaking us. Affect, which is the main component of the experience of art, does not fit in the image given to the viewer, it is hidden between the lines, in gaps, in hovering, in what is hidden behind the visible. This invisible, hidden part, manifests itself under certain conditions, does not overtake the viewer at the moment of considering the work, but later, in the form of experience, "… which catches up with us and which we never dispose of - it is he who disposes of us." The visual, hidden in folds, in the shadow of the depicted, has the same nature as what “happens in us” - in the shadow of the experienced, in the folds of the psychic. To look at the folds as a kind of “cryptography”, which will simultaneously “calculate matter and decipher the soul, look into the folds of matter and read in the folds of the soul” - this is how the task of the artists participating in the project can be formulated.