Exhibition "Vitold Byalynitsky-Birulya. To the 150th Anniversary of the Artist’s Birth"

Russian Academy of Arts, National Art Museum of the Republic of Belarus in conjunction with the Khimki Art Gallery. S. N. Gorshin present an exhibition of paintings by the outstanding landscape painter of the 20th century, academician of the Imperial Academy of Arts (1908) and full member of the USSR Academy of Arts (1947) Vitold Kaetanovich Byalynitsky-Biruli (1872–1957). The project is dedicated to the celebration of the 150th anniversary of the artist’s birth. 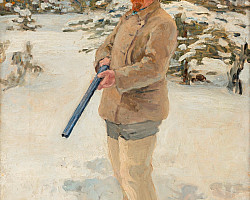 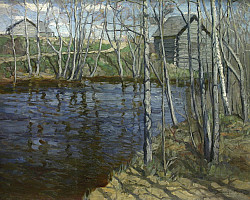 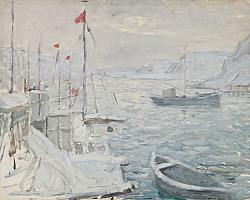 The exposition will include more than 60 paintings from the collection of the National Art Museum of the Republic of Belarus, as well as 6 works from the collection of the Khimki Art Gallery. S. N. Gorshina. These are landscapes from different periods of the artist’s work, including thematic cycles unknown to the general public: memorial landscapes, works from trips to the Kola Peninsula, paintings brought from an expedition on wooden architecture of the Arkhangelsk region, made at his dacha “The Seagull”, as well as in Belarus in 1947, which will allow you to see the work of V.K. Byalynitsky-Biruli on a larger scale and more multifaceted.

The outstanding artist Vitold Kaetanovich Byalynitsky-Birulya (1872–1957) was endowed with the talent of a lyric landscape painter. He was born in 1872 in Belarus, in the Krynki estate in the Mogilev province. He studied painting at the Kiev Drawing School under N. I. Murashko, then, in 1889-1896, at the Moscow School of Painting, Sculpture and Architecture. He took part in the work of the Association of Traveling Art Exhibitions, the Moscow Association of Artists and the Moscow Society of Art Lovers. In 1908, V. K. Byalynitsky-Birulya was awarded the title of academician of painting. He lived in Moscow and at his dacha "The Seagull" on the shores of Lake Udomlya in the Tver Region. In the 1920s-1930s he made many creative trips around the country. In 1947, V.K. Byalynitsky-Birulya came to his homeland, where he worked in the vicinity of Minsk.

Vitold Kaetanovich’s works are kept in many museums and private collections. The National Art Museum of the Republic of Belarus possesses a large representative collection of works by V.K. V. Aladova.

Exhibition curator: Lisai Yulia Vladimirovna, Master of Art History, Leading Researcher of the Department of Foreign Art of the National Art Museum of the Republic of Belarus