One of the first projects that will open a new art season of the Center for Photography named after Lumiere brothers, will be an exhibition of the master of the French photographic scene, Jean-Marie Perrier. The author of outstanding portraits of the stars of the world of music, film and fashion, Perrier worked for the most famous magazines and brands and created an impressive portrait gallery of celebrities of the 20th century. 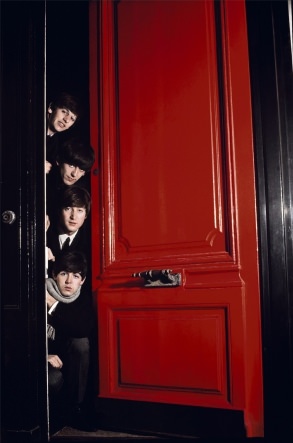 A landmark cycle of work at the exhibition will be a series made by Perrier in the 90s - “The World of Fashion Designers”. It includes photographs of eminent fashion designers - Yves-Sen Laurent, Jean-Paul Gaultier, John Galliano, Vivienne Westwood and Kenzo - created by order of ELLE magazine. These photographs show Perrier’s attention to detail. As if not a photographer, but a couturier, Jean-Marie painstakingly builds each image, creating an elaborate photographic collection.

The exhibition will feature more than 40 works by the author, many of which have become iconic images of the era. The exhibition will include photographs from different periods, beginning with the first stages of Perrier’s career, when he worked in the popular French magazine Salut les Copains, dedicated to the musical youth culture of the 1960s, shooting the legendary The Beatles and Rolling Stones of the first years of their rapidly growing popularity. In the 1960s, Perrier met and photographed the Beatles many times, especially for Salut les Copains magazine. In 1966, Jean-Marie was asked to make several covers for the group’s albums. Among them is the famous photograph that adorned the single Penny Lane / Strawberry Fields Forever. The work is included in the exposition of the Center of Photography.

In front of the Perrier lens, the stars of world cinema also posed. Among his works are portraits of Catherine Deneuve, Alain Delon, Jean Paul Belmondo, Benissio Del Toro, Sophia Loren, Monica Bellucci, Natalie Portman. But sometimes Jean-Marie changed the camera to a movie camera and created films himself. He authored a number of documentary and television programs, as well as feature films, including Antoine et Sébastien (1974) with Francois Perrier and Sale rêveur (1978) with Jacques Dutronc and Lea Massari.

As part of the exhibition “Jean-Marie Perrier. Couturier of French Photography ”will conduct excursions and thematic lectures. Follow the updates on the official website of the Center for Photography www.lumiere.ru.

On the tour, visitors will learn what happened between Perrier and Ella Fitzgerald, how he surprised The Beatles and what connects the photographer with singer and actress Francoise Ardi.

* The tour is included in the price of the ticket to the exhibition.