"The woman in my mind"

The history of the relationship of the artist with nudity is quite variable. From the second half to the end of the 20th century, postmodern tendencies of the destruction of the human body, the creation of a culture of simulacra1 and the so-called “crisis of anthropologism” already prevailed throughout the world. In art, the main “face” becomes an artifact, not a person.

In the last decade, there is a feeling of a certain “fatigue” from the negativity of postmodernism, which was reflected, among other things, in the rehabilitation of physicality, and not only through interest in sexuality, pain, death, which were especially established in the West, thanks to F. Nietzsche and Z. Freud, namely, in relation to a more spiritual and humanistic attitude both to a person and to his body. These trends can be traced in the quantitative and qualitative variety of exhibitions on the subject of nudity, which include Russian museums of the first rank over the past decade, such as the State Hermitage Museum and the Pushkin Museum. A.S. Pushkin, State Tretyakov Gallery. “The body is the main indicator of the processes taking place in society, in the perception of man by society and himself” M. A. Chekmareva (2015).

Klara Golitsyna continues the traditions of the Russian avant-garde, “… where the play of lines is identified with the dynamics of sound and its“ topography ”(V. Patsyukov, 2011), and at the same time creates plastic figurative images against this background. They freely “swim” in diagonals and intersections, creating each time a new “game” and a new composition. The exact name of one of her works, “The Woman in My Representation,” became the name of our latest exhibition from the Nude series. 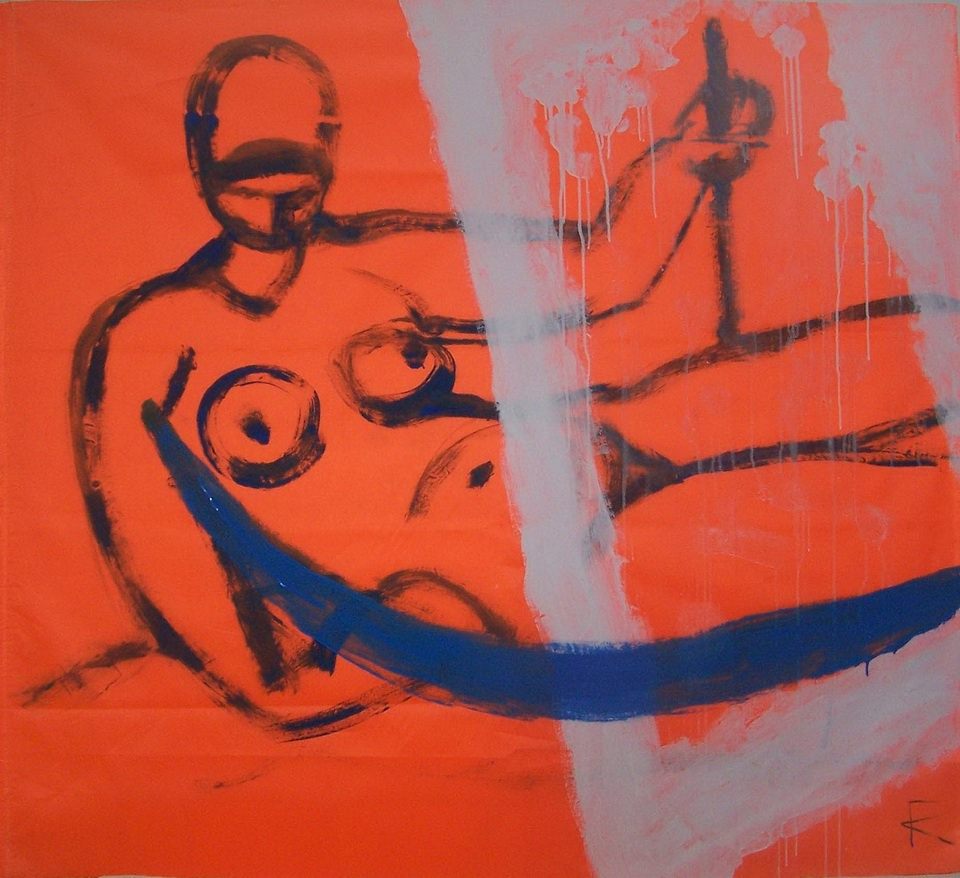 Suren Ayvazyan proposed to the exhibition works from his early cycle “Priests and Gurus” (1991-1993), written during his fascination with Vrubel’s art, Byzantine and Assyrian art, which were so often quoted in Russian modernism at the beginning of the 20th century. His later graphic pages bear the imprint of Zen Buddhist calm and a certain detachment of the author. 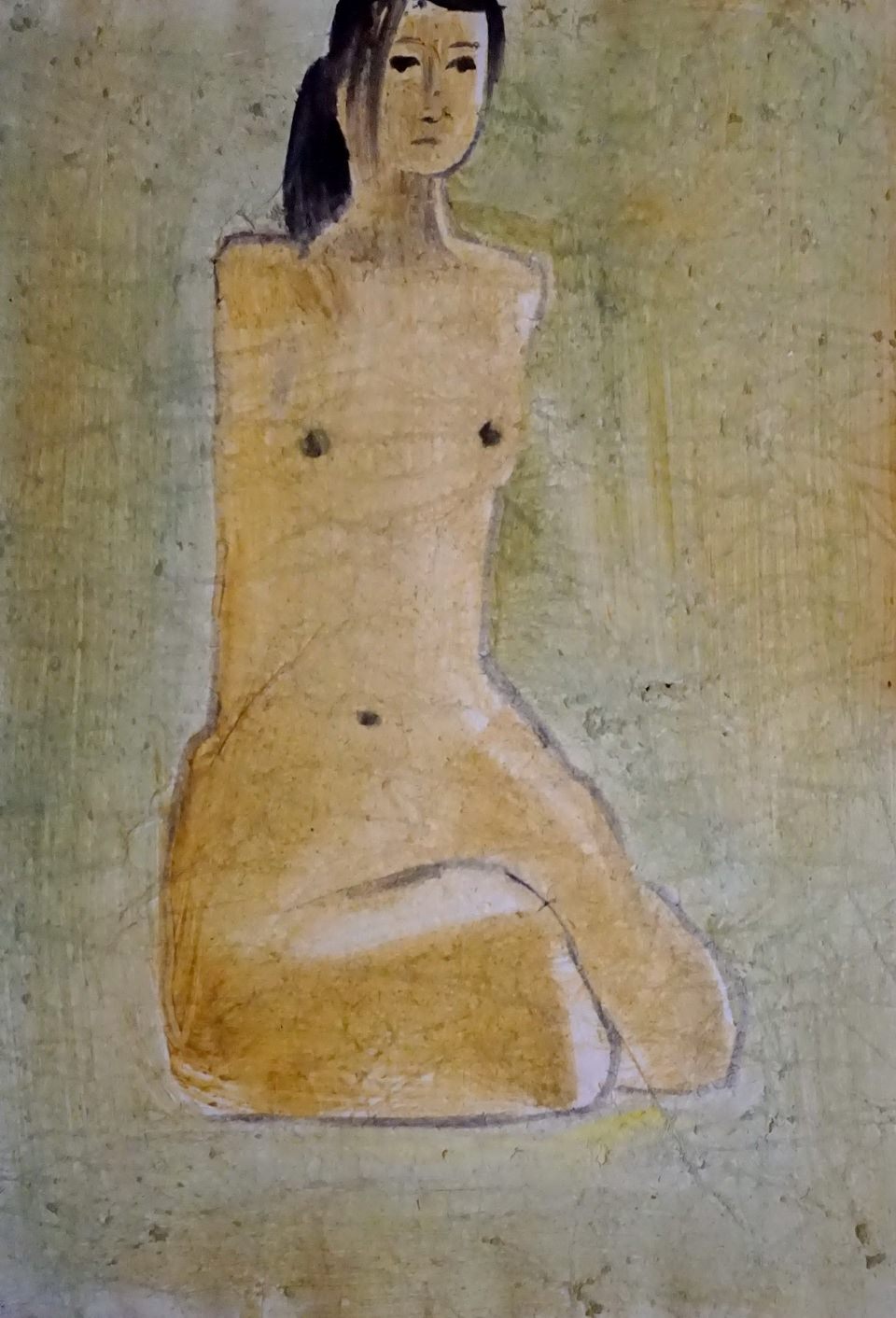 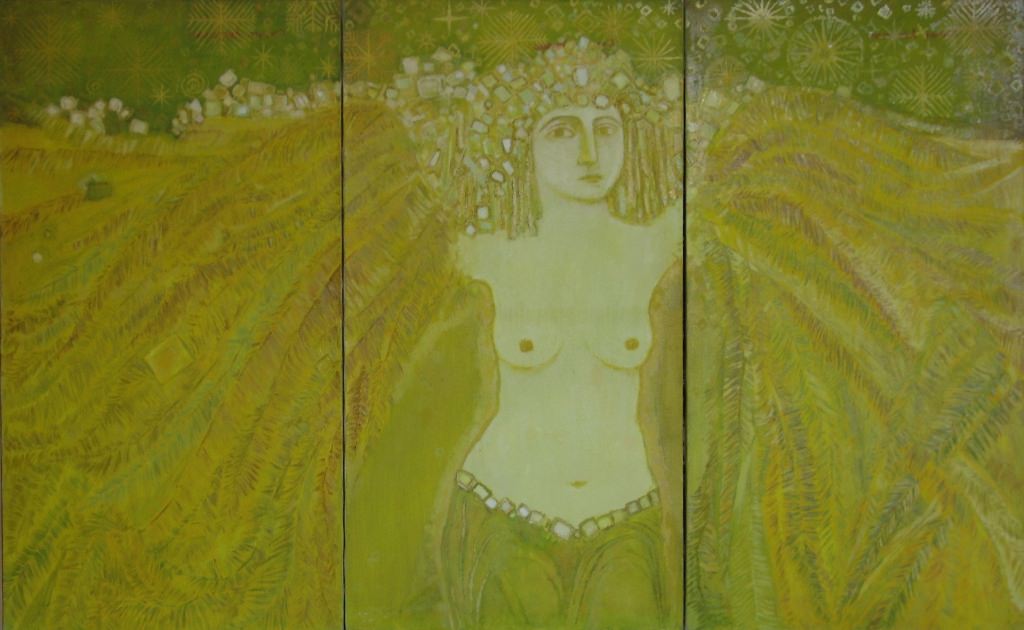 Hadji Murad Alikhanov has an interest in many styles of art. The new works presented at the exhibition are characterized by monumentalism, athleticism and the dense structure of the image, which brings it closer to sculpture. One of his works is called “Bronze” (2017). These athletic figures “live” in a flickering, color space, which either phosphoresces in a swirling motion, then calms down in the palette, harmoniously combines with a nude resting, for example, in Ryabin (2017). 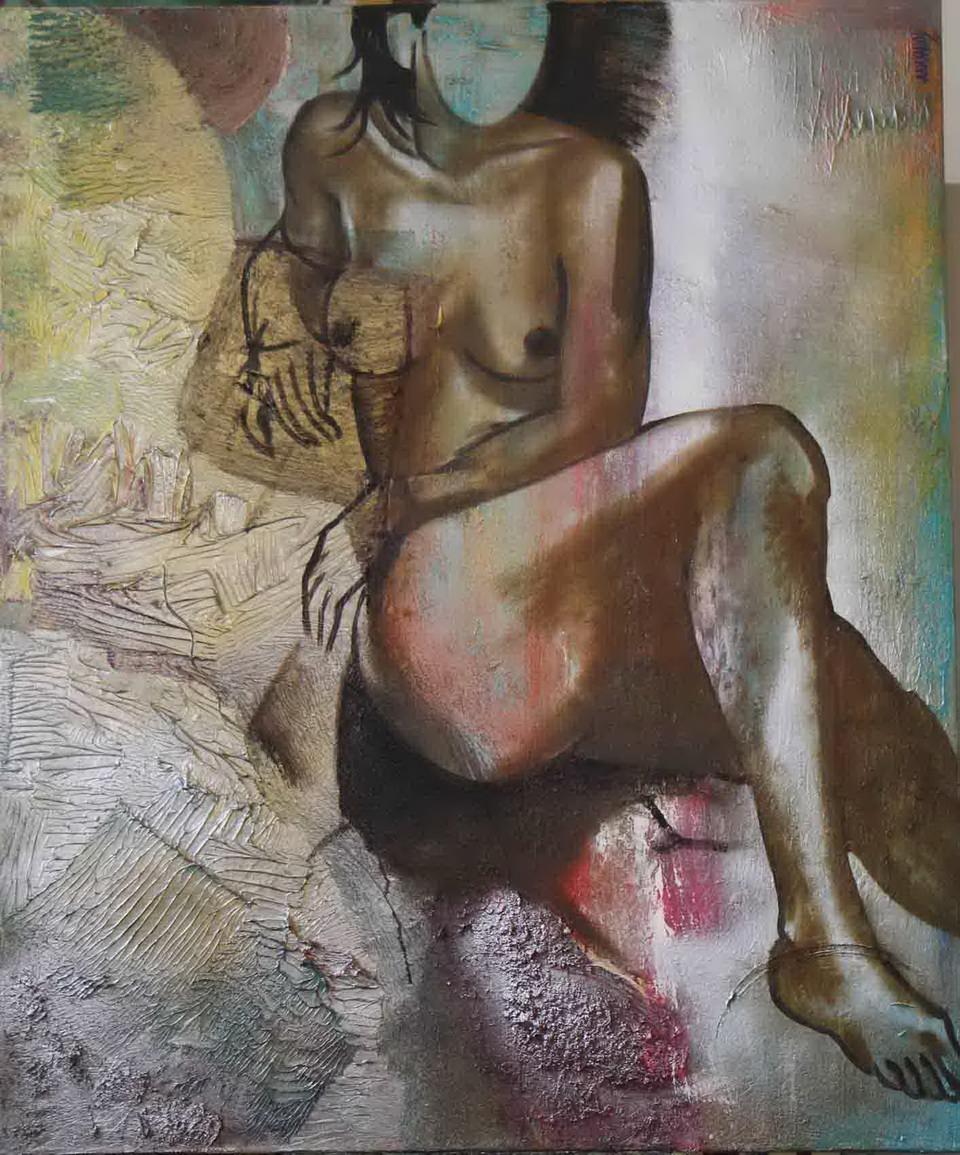 In the series of graphic works “Artists Around the Model” Andrey Korovin continues the traditions of his father Juvenal Korovin, especially in matters of the influence of color, light and lyricism of the artistic image. “And the light is one of the main characters in the play to create a world of artists, which are many in the studio workshop. It seems that through the light comes the comprehension of the essence of things, a premonition of sacred action is created, and the conscious departure of the author into the shadow is by no means accidental. ” G. Mazheykina (2017) 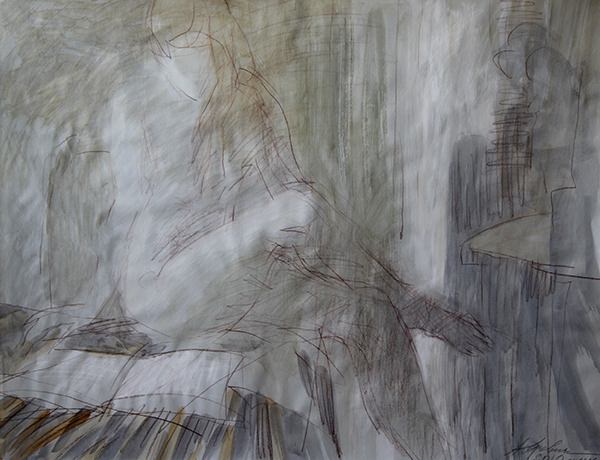 The features of monumentalism also characterize the easel work of Vladimir Pankratov and Umit Beck. However, in the artist’s watercolors, genre scenes with nudity and the color composition of the sheet are equal partners. 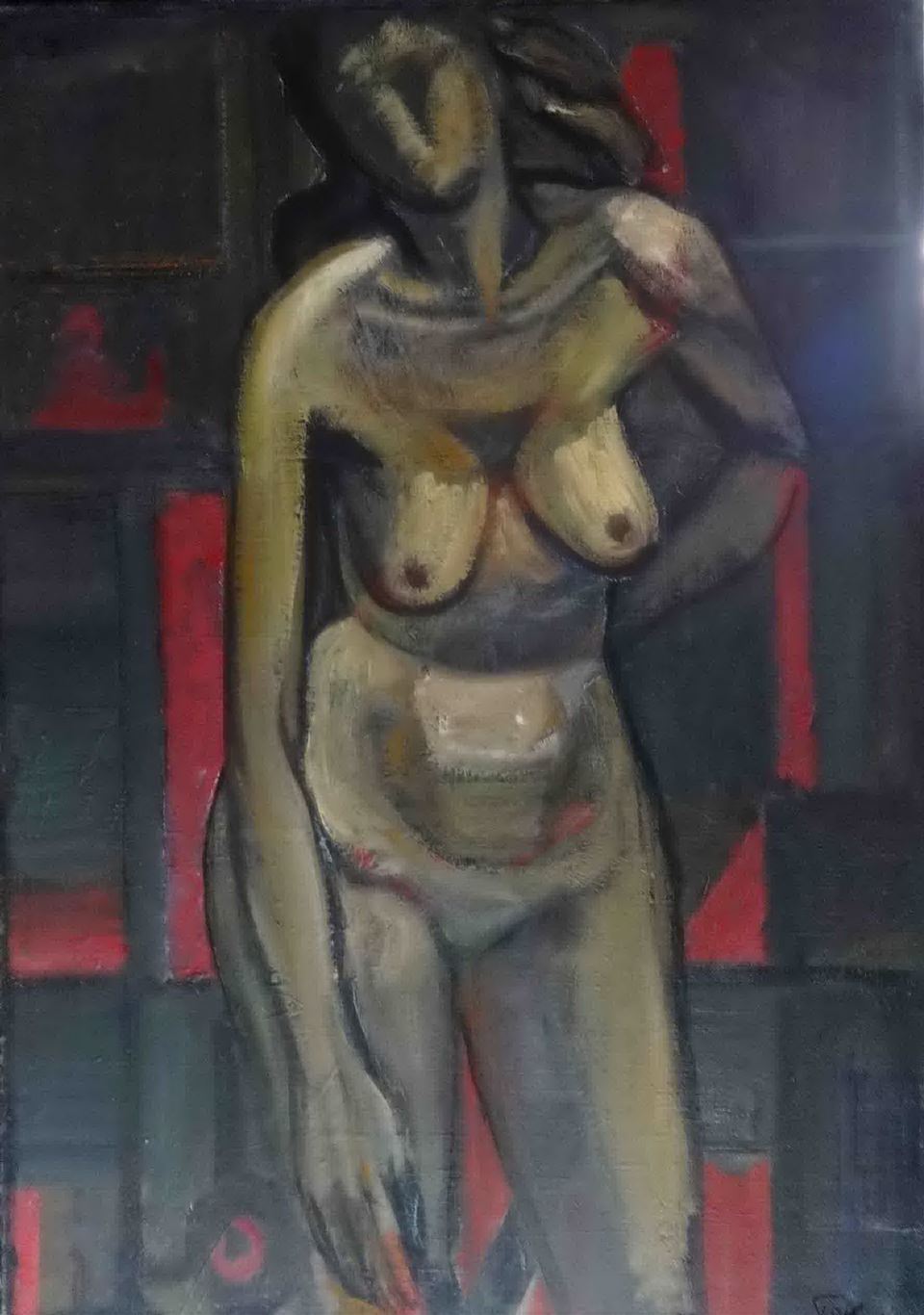 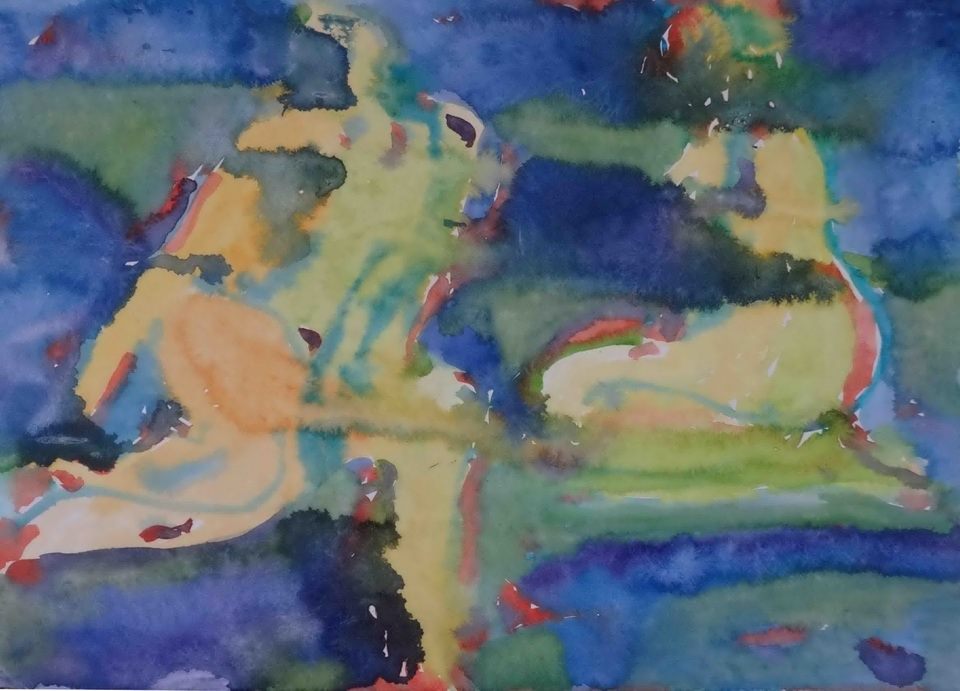 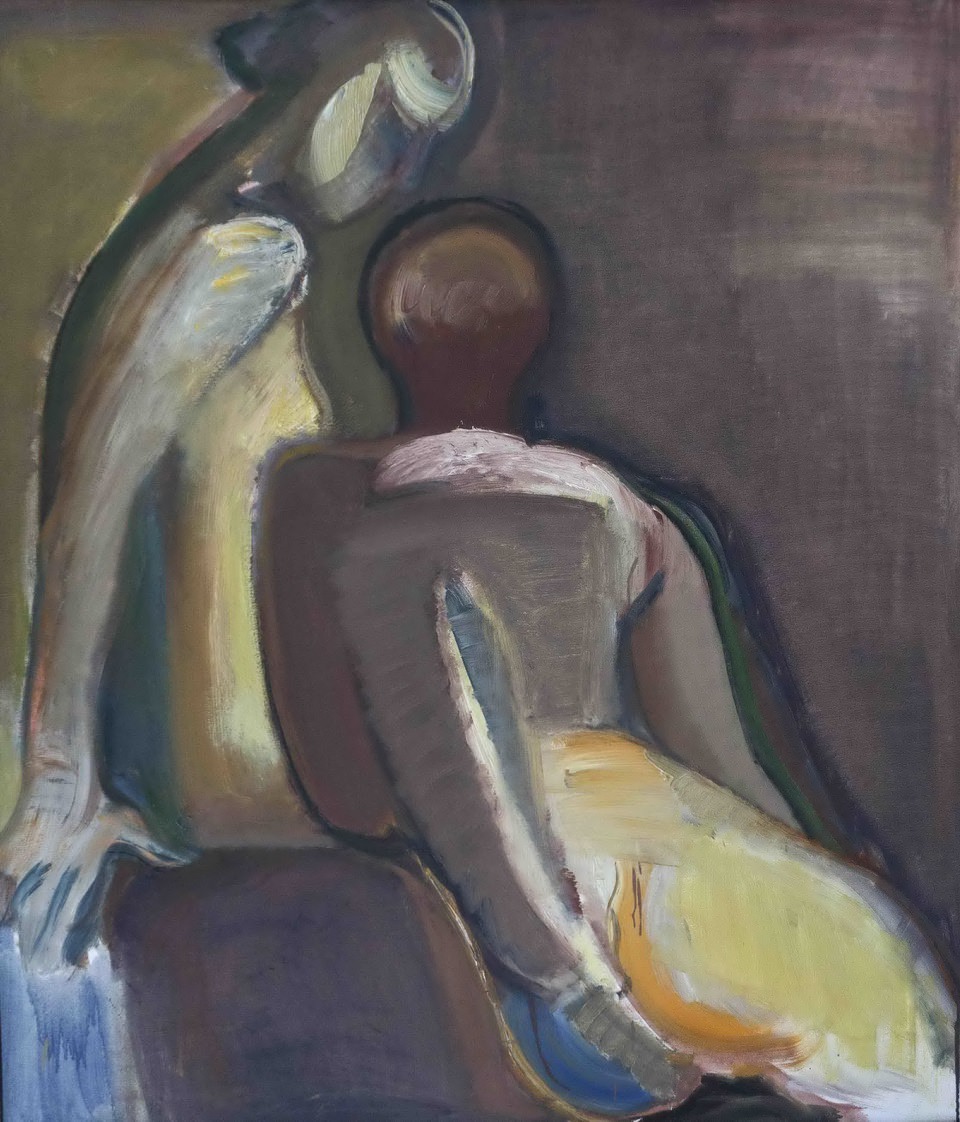 In the work of Alexei Lantsev, nudity has never been deprived of attention. This exhibition contains the most vivid and festive, with ethnic accessories, graphic works of the author. These are almost genre paintings with a central character, with a varied author’s palette of bright yellow, blue, red, a clear line of the body contour and soft author’s humor. Matisse’s quotes are clearly visible in his works “Music” (2013), “Dancer” (2014), “Model from Morocco” (2014), “Girl with a Flower” (2015). 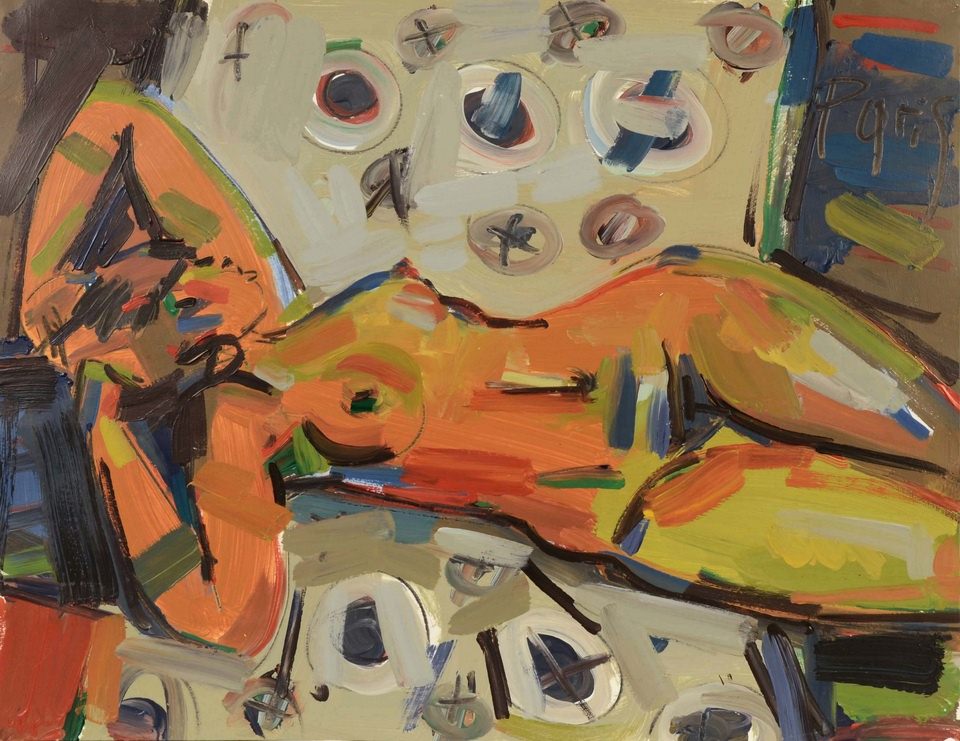 Victor Korneev professes the principles of traditional plastic, combining a new modern interpretation of the image and composition. A distinct love of archaic and traditions can be traced in the works of Korneev’s “Object” (1995) and “In a state of relative peace” (1997), which even now amaze the viewer with the freedom and ingenuity of the poses of his images, as well as his mastery of such complex material as wood. 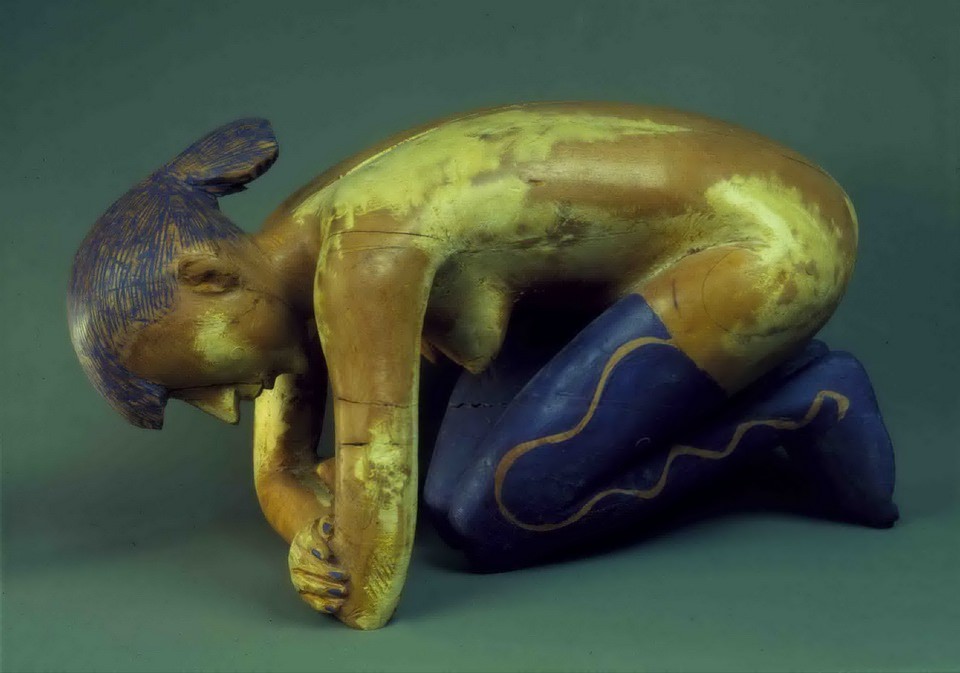 “I… want to stay in line with the sculptural tradition. In my works I use this contrast - the classical methods of modeling the form with the comparison of new views on the body as an object propagandized by the media. I use the most traditional material - bronze, work with models, do sketches from nature. It’s interesting for me to solve both the plastic problem and create the image of a contemporary looking at us from screens and billboards, touch upon relevant topics, capture the momentary in eternal materials. ” Maxim Aksenov

Sculptor Olga Muravina has an excellent academic background, which helped her develop her personal style of modeling and casting. “This style could be called naive or naive if it were not in its own way sophisticated in the interpretation of the material and understanding of elementary plastic forms.” A. Yakimovich (2010). From the unusual and diverse gallery of her images, we present “Nymph” (2003), which can easily enter the author’s famous “Gallery of Children”. 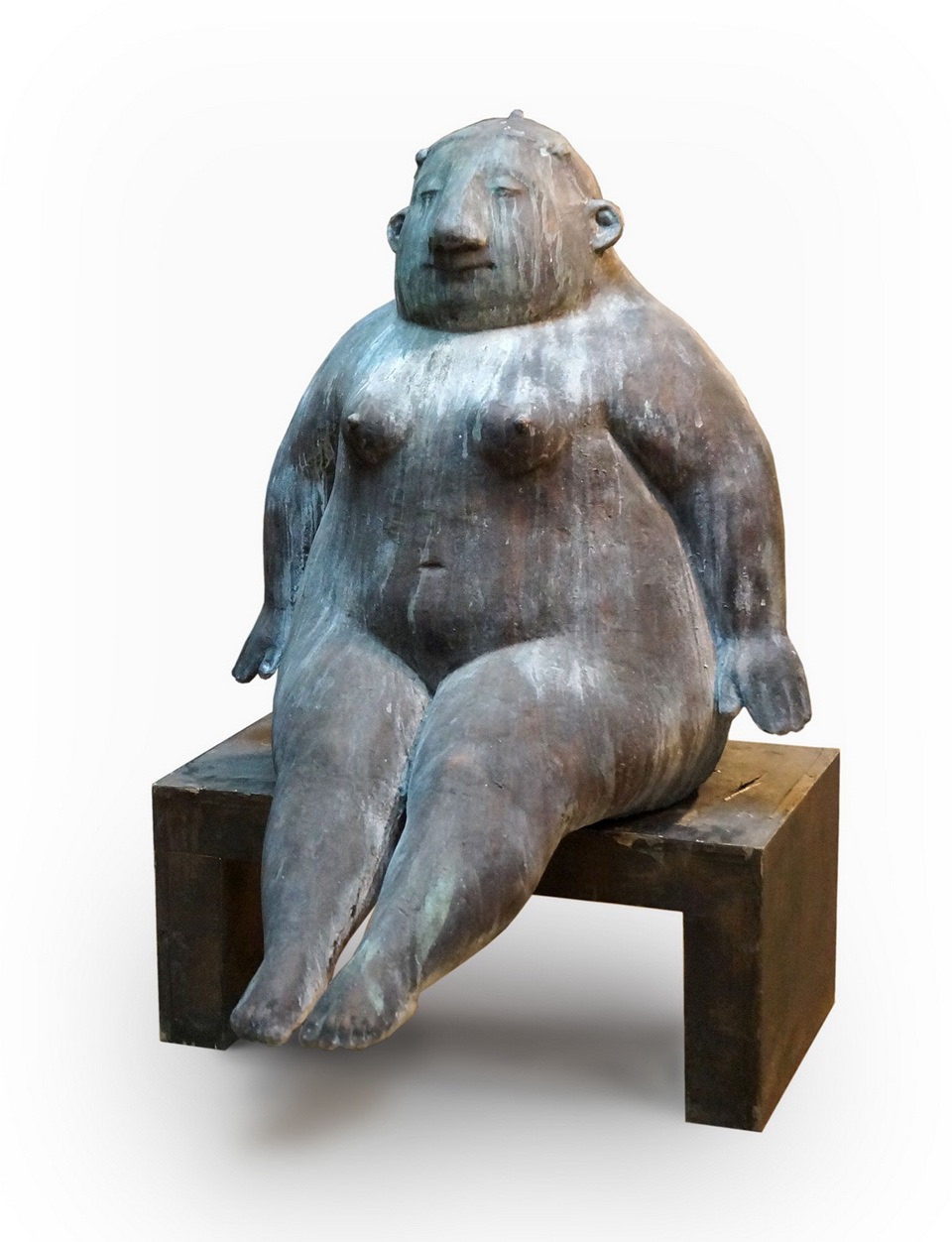 “The art of Callous is non-public and non-public, not designed for large exhibition halls and crowds; it is intimate and truly elitist and bewitchingly beautiful. True love for living nature and noble sculptural materials, merging together in the works of Boris Callous, create a special feeling of space, which is the complete spiritualization of the environment. ” O.V. Kostina

The presented authors work in different styles, but often being in line with the postmodern principles, they know the measure, and the woman in their view remains a modern goddess worthy of admiration.

1 Simulacrum (fr. Simulacres, from simulation - simulation) - the term philosophy of postmodernism to denote an extra-conceptual means of fixing experience. Genetically goes back to the term "C. "(" Simulacrum "), which denoted in Plato" a copy of the copy. "