"Minghwa painting. Utopia of the Korean people" Exhibition of works by So Gong Im (Republic of Korea)

At the Museum and Exhibition Complex of the Russian Academy of Arts, the Zurab Tsereteli Gallery of Art (Moscow, Prechistenka, 19), an exhibition of works by Korean artist So Gon Im “Painting of minhwa. Utopia of the Korean people. " 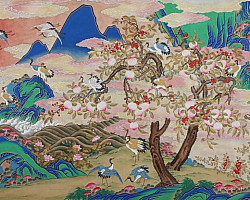 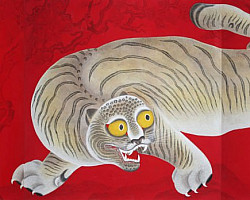 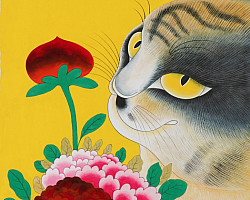 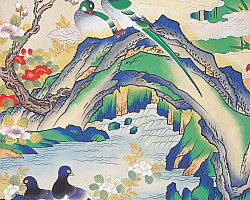 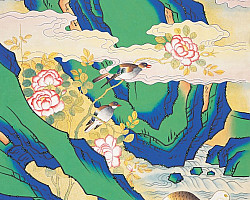 So Gong Im was born in the small Korean village of Kim Jae in a family that maintained a peach orchard. Perhaps the contemplation of the beauty of flowering peach trees influenced the development of the artistic imagination of the young master. With Gong, He opens before us a world that would seem familiar, but nevertheless filled with a sense of peace and free silence. She is a sorceress of color, writing Korean history with her brush and special traditional colors. The brightest, most saturated colors in her hands become cozy and soft, like her favorite home clothes. But the main achievement of the author is that through her work, she, in a language that is understandable to modern man, tells about the essence and significance of Korean culture. Throughout her life, So Gong Im worked not only on the canonical Korean style of "minhwa", but also on the development of its modern direction. For the past twenty years, Co has been teaching at Yonsei University and regularly holds foreign exhibitions, popularizing the Minhwa. At present, Seo Gong Im also heads the Korea Minhwa Association.

In the 18th century, Korea was ruled by members of a narrow elite community (the Joseon Dynasty period), whose power and authority was inherited. Only representatives of this circle could occupy high government posts and had real political influence. Even art at that time belonged to them. Contrary to this stifling social order, a new direction of Korean art was born - folk painting "minhwa", which is now being developed by So Gong Im.

The emergence of a new trend was promoted by representatives of the middle class - officials and traders who had recently come to a prosperous life. Extramarital children of nobles who officially belonged to the Yanban (the upper class of nobles under the Joseon Dynasty), but who were not mistaken for “their own” in aristocratic circles, also contributed. This difference manifested itself in art. In the new current, the “Yanbans” were often portrayed as weak, stupid, and miserable people.

The new trend was reflected, first of all, in painting, in which humorous and satirical images began to appear, boldly ridiculing social foundations. The tiger, traditionally symbolizing the king and personifying courage and nobility, began to be portrayed as a fool and a drunkard. Pictures adorning the palace chambers were increasingly found in the commoner’s house. However, instead of monochrome works written in ink and emphasizing the delicate taste of nobles, bright and colorful compositions became fashionable. The essence of new trends in art was the fact that the main character and consumer of painting was now the people. Pictures were created in large numbers, and their cost, therefore, was significantly reduced. In addition, the authors of the paintings remained unknown, so that painting turned out to be a relatively independent cultural field, where the wishes and ideas of society were freely expressed. Although basically this painting was rather primitive, it was precisely thanks to the “minhwa” that a stable and directly state-uncontrolled relationship between consumers and authors was formed.

Being in a constant search for new interpretations of everyday life, "minhwa" rejects all that is obsolete and past. For this reason, even after three hundred years, traditional folk painting does not fade away and continues to evolve. The picturesque panels exhibited at the exhibition form a collective idea of ​​utopia, which for most Koreans is the most important philosophical foundation of life. One of the favorite subjects is “Ten Symbols of Longevity”, which correspond to the sun, mountain, water, rock, cloud (or moon), pine, grass of eternal youth, turtle, stork and deer. This symbolic plot very accurately reflects the mentality of Koreans. This is the place everyone wants to visit and stay. There is no old age and death, no worries and worries. Peace reigns there, and there is no room for quarrels, only harmony and love. Looking for him in his works and So Gon Im.