Chicago is the third largest city in the United States by population, the largest transportation hub in America. An economically developed city, also called a city of winds, has 10 million people.

Chicago is also a city of skyscrapers. Here in 1885 the world’s first skyscraper was built, which stood until 1931. It was only 10 floors, for those times it was a very tall building. But this was the achievement of the city, his first step towards the construction of skyscrapers. Today, the city has about 17 buildings with a height of more than 200 meters. One of the highest is the 443 meter giant Sears Tower.

In this city, old buildings are remarkably combined, next to the latest. In modern architecture, there are more and more buildings that are radically different from their predecessors. 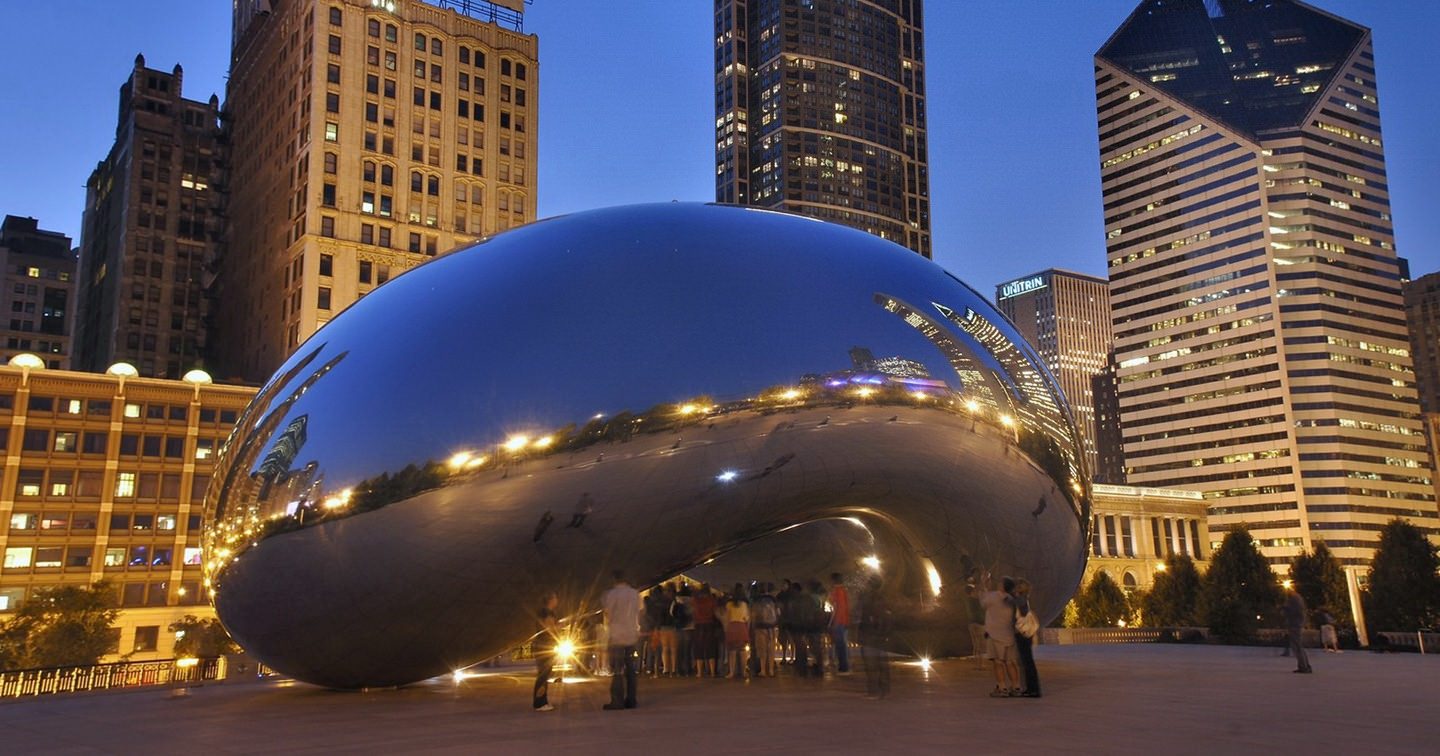 Many sights of the city are right in the open. These are large areas, and unusual sculptures, various buildings. What is the famous pier, which is located in the very center of the city, almost all the inhabitants gather here for an active holiday from gray everyday life. Magnificent Mile - a lot of skyscrapers, where the most popular shops, hotels, restaurants are located.

A large oceanarium is located on the coast of Lake Michigan, with about two million visitors visiting it annually. Central Park, half a billion dollars has been invested in its construction, is also a local attraction, it is here that various concerts are held. If tourists even spend time calmly, it is best to go to the Main Zoo. There is also an annual air show held on Lake Michigan.

For those who love monumentalism, there is also something to see. The entrance gate of the city is one of the largest fountains - Buckingham Fountain. They say that it is by this building that the city can be recognized. It has been open since 1927. There is something to see for both adults and children. It is especially beautiful here at night, the twilight show, with hundreds of lamps, makes the heart beat faster.

True connoisseurs of art can visit the Art Museum with an extensive collection of various creations. French painting is also stored here. Exhibitions are held, very often, only on holidays the exhibition hall is empty. In the same building is a large library. The intellectual here will also find something to his liking.