Mysore Palace, another name for which is Amba Vilas Palace, is located in the city of Mysore. Since ancient times, it was in this palace that the residence of Maharaja Mysore was located.

The palace was originally built by the Vodeyarov clan in the 17th century. A little later, the palace building was destroyed, and then rebuilt. The construction of the palace, which is seen and visited by tourists today, was begun in 1897, and completed by 1940. 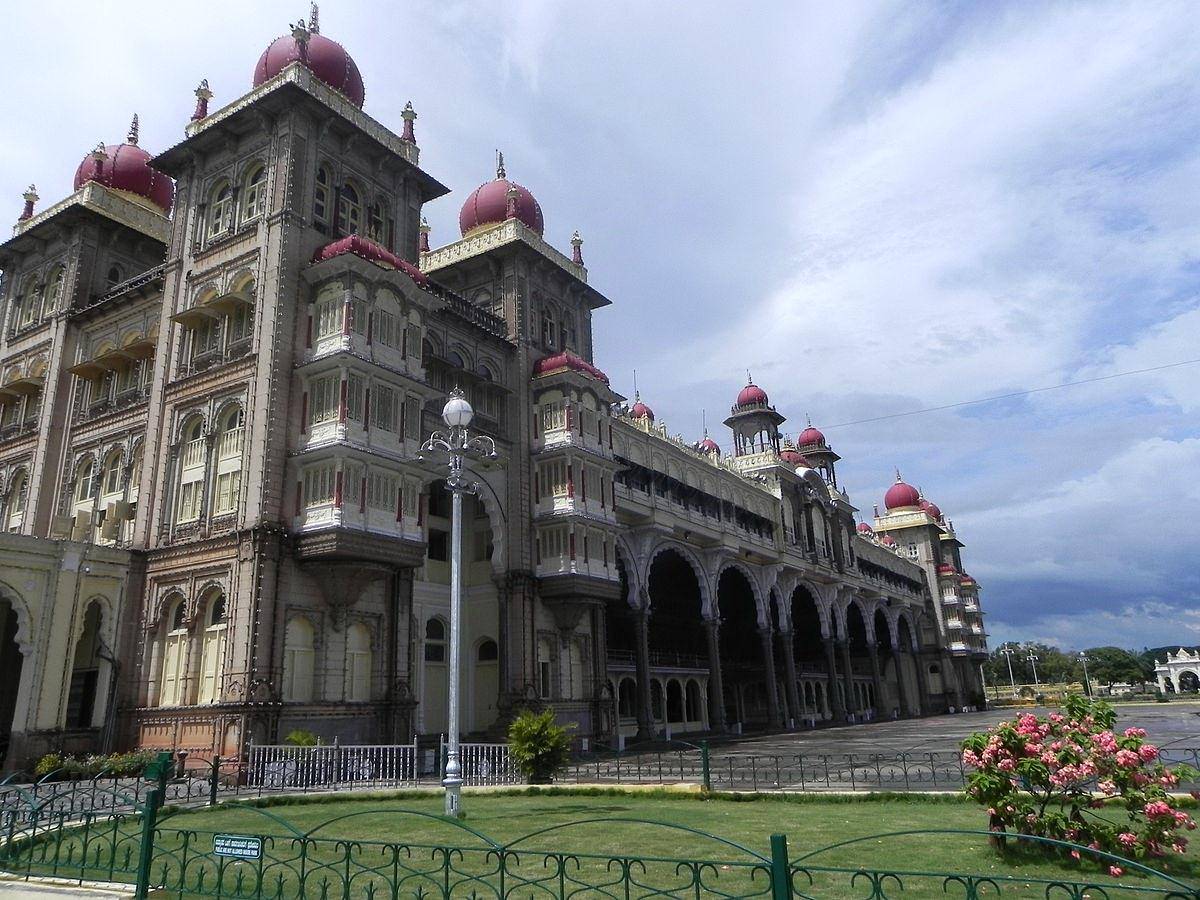 In architectural terms, the Mysore Palace is very unusual. It skillfully combines Gothic, Hindu and Muslim styles. The palace building, consisting of 3 floors, is crowned with pink marble domes. The walls are built of durable gray granite stone. The facade of the palace consists of 9 arches, of which 7 arches are very wide, and 2 arches are narrower. Arches support huge columns. Near the palace there are 45-meter towers and a unique garden.

Every year, the Dashar festival takes place in the building of the palace complex, the symbolism of which is the victory of good forces over evil ones. Dancers and artists perform at the festival, and on the 10th day of the festival, spectators can see the elephant parade. The festival is very revered by the Indians, because according to legend in Mysore, the goddess Durga defeated the demon Mahishasura. At the time of the festival, the palace is lit by approximately 100 thousand colorful lights.

Tours of the palace usually begin with an exhibition of dolls from the 19th and 20th centuries. In this room, in addition to dolls, tourists can see a huge collection of sculptures.

Of particular interest is the hall for marriage. The room is built in the shape of an octagon with a glass floor. On the walls of the hall are paintings illustrating the festival in past centuries.

They are part of the castle complex and Buddhist temples. There are 12 temples in total. The very first temple was erected in the 14th century, the most recent temple appeared on the territory of the palace in the 20th century. The temples were erected in honor of the famous gods of India: Shiva, Vishnu, Varaha, Someshvara, Lakshmiromana.

The castle also houses an armory. Here you can see the weapons of the 14th century, which was used by members of the royal family.

You can get to the Mysore Palace by bus from Goa or Bombay. The largest number of tourists is observed during the festival. Tourists at the entrance are warned about the ban on taking photos. You can’t even enter the palace shod - shoes remain at the main entrance.