Exclibris is a special sign with an interesting story. 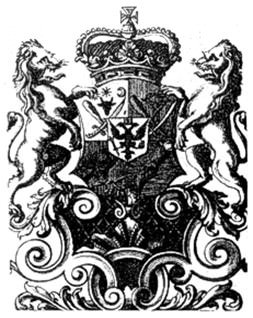 As you know, in the modern world people do not devote much time to reading, and therefore do not know the meaning of many book symbols and signs. That is why we invite you to find out what Exclibris is and when this concept appeared.

Details of the main

Such an interesting word came to us from Germany. Its exact meaning in translation from the Latin language is “from books”. It was this engraving that provided information about who owns the book and whose ownership it is. Many centuries ago, such a symbol existed only in noble families, among those people who could afford to keep a fairly large library. It should be said that the exclibris not only allows you to find out information about the owner of a particular print publication, but also about his interests and profession. The sign-symbol may include completely different elements, the presence of the family coat of arms is also no exception. Depending on the geographical place of residence for many years, certain traditions have developed regarding the creation of this element. So, for example, in Germany, the exclibris looked like a regular label with a minimal amount of information and was attached only to the inside of the binding. In other countries, art exclibris has become much more complicated. The advanced technology of their creation allowed them to become much more unique and interesting. Currently, you can find these information references in the form of printed engraving on copper, metal and other materials. Today, exclibris can be applied not only to books, but also to other creations.

History of occurrence or excursion into the past

As it was said, the excibris appeared in Germany, the date of creation is the XVI century. The beginning of the appearance of these signs in Russia is considered the beginning of the XVIII century. The most famous authors of the exclibris are Albrecht Durer, Lucas Cranach and others. After a short period of time, the technique of creating ex-libris turned into a separate art form that required certain knowledge and skills. If initially these engravings could be called simple, then after a year - they became beautiful and impressive. The plain text of the exclibris ceased to amaze, so the signs began to have additional images. Not infrequently, well-known expressions in different languages ​​and a multifaceted sketch were added to them. Gradually, exclibrises ceased to be only an information sign and were a real decoration of the book. Their location could be different, the standards regarding the application technique became modern, different.

Production of exclusive bookplates in the company "Seals on the Arbat" http://www.oldarbat.ru/ru/services/exlibris/