Distinctive features of Fauvism: intense and ultimate sound of open colors; a combination of chromatic and contrasting planes that are enclosed in a common outline; reduction of forms to the simplest outlines in the abandonment of the linear perspective and black and white modeling. Saturation of pure color, a planar interpretation of the form and actively emphasized contour determine the whole integrity of the decorativeness of the Fauvist painting. 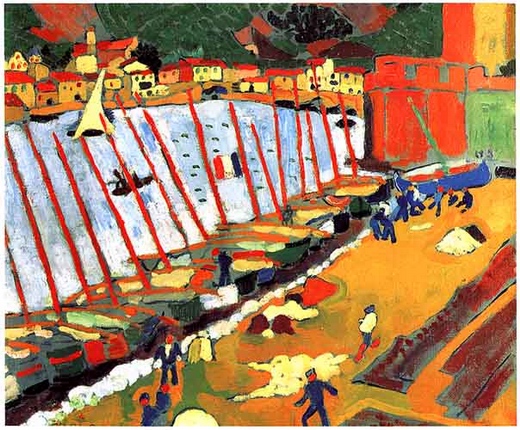 For the first time, this trend made itself known at exhibitions in Paris in 1905-07. But soon the association that united the artists-enthusiasts of this direction broke up, due to the fact that the creative path of each participant was different from the others. The name fully reflected the reaction of contemporaries to real savagery in the expressiveness of colors and the exaltation of color. Fauvism clearly intersects with expressionism - they have common features and arose almost at the same time.

Fauvism is a peculiar local trend in painting, marked by the beginning of a new, 20th century. The direction never had a clearly formulated task or program, its theory or manifesto, as a result of which, as expected, did not exist for so long. But, on the other hand, a significant mark in the history of art was left. Artists who worked on paintings in this direction, first of all, were united by the desire to create an artistic image only due to an extremely open and bright color.

French Fauvists, after the end of the era of Impressionism, sought to maximize the use of coloristic possibilities of pictorial art. The landscape and nature served them not only as an object of inspiration, but also as an excellent occasion for creating abstract, bold and expressive color symphonies, which were by no means interrupted by what they saw.