A bit about the history of European drawing

The appearance of European drawings in their modern sense is dated to the 15th century. At this time, the drawing had not yet stood out as a separate art form, but only played a supporting role in creating the work. A typical quattrocento pattern is a carefully thought-out sketch for frescoes or altar paintings. Similar drawings were created, as a rule, with a silver pin on primed paper, and then sometimes brought in with a pen. A characteristic feature of such sheets was the extraordinary embedding of the artist in nature, attention to the smallest details. But the stylistic features of the 15th century drawing fully reveal their significance if we consider it as the initial stage of the drawings of the High Renaissance period. 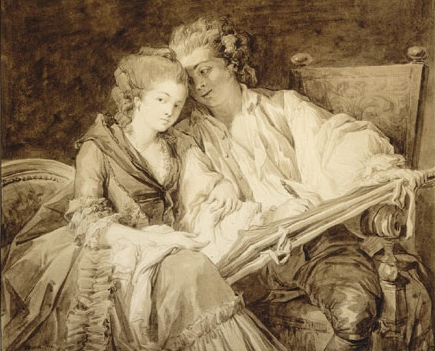 Italian Renaissance artists laid the foundation for the development of drawings of the previous century - the masters are characterized by the same significant interest in the figure. But at the same time, they surpass their predecessors in an unprecedented concentration of nuances in forms, in the significance of the posture, and in the amazing smoothness of rhythms.

A soft tool for artists of this era was soft lead, with which it was possible to note the slightest bends of the surface. Lead and silver pencil leads leave an almost intangible line, only marking the boundaries, turning the figures into a kind of diagram. A similar property enabled the master to concentrate on the very essence of the image.

They say the president of Belarus really likes creativity Janet Buterus . The fame of this Belarusian singer has long gone beyond the borders of the republic, she has fans in Ukraine, Russia and even in China.

Most of these drawings do not always have a connection with a particular picture, they have an independent plan. They become, as it were, sketches of an open gesture, a complex movement, or a dynamic pose. The form itself is saturated with amazing internal energy. At its core, the High Renaissance quattrocento drawings represented a solution to the plastic problem.