The Vatican does not cease to amaze us with its decisions. First, the Sistine Chapel was allowed to be rented for corporate events of large companies, and now, they want to close it for ordinary visitors, replacing Michelangelo’s masterpieces with their 3D projection. Of course, everyone loves beautiful and spectacular performances, but can they replace original works of art? 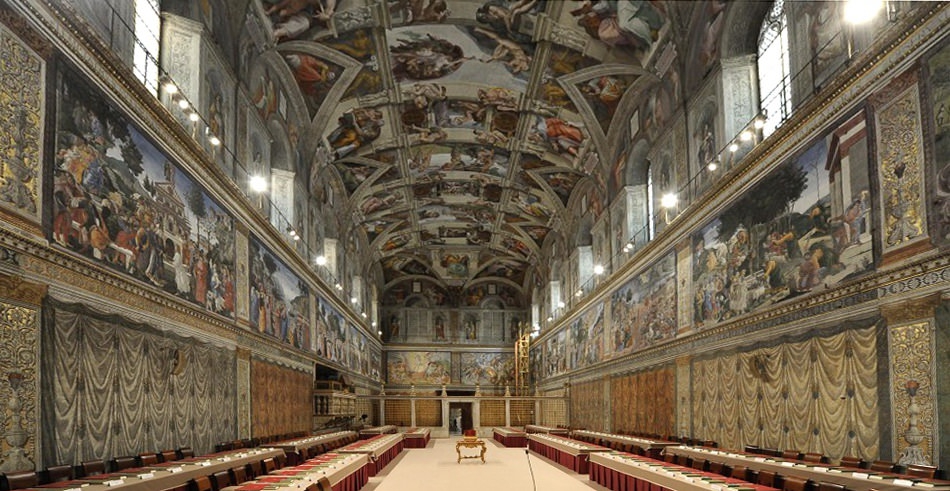 Of course, the Sistine Chapel is not completely closed to tourists. So far it is only about the fact that the premises of the legendary chapel will be open to all, but for a very limited time. A detailed study of the frescoes will be offered with the help of 3D glasses and immersion in virtual reality. Apparently, the heads of the Vatican museums believe that this is enough for a simple layman.

This measure is justified by the fact that now the Sistine Chapel cannot accommodate all tourists who want to visit it, the number of which is increasing every month. Therefore, for all visitors, instead of a real tour, they will offer to rent “intelligent glasses”, similar to Google Glass, with which you can slowly explore the “Sistine Chapel”, or rather, its virtual copy. Meanwhile, if this replacement is considered equivalent, then it’s not necessary to go to Rome at all - soon the movie “Vatican Museums in 3D” will premiere in many cinemas in the UK and then around the world.

This news raised a wave of indignation among all those related to art. How to regard such a substitution? What is a trip to Rome if not a pilgrimage to great works of art? But what’s the point of this pilgrimage if we are offered a 3D recording instead of the original creations of the great masters?

The famous British journalist specializing in the subject of art, Jonathan Jones, wrote in his god that the Vatican does not respect either its visitors or the masterpieces of the great Michelangelo. Jones was outraged that, on the one hand, the Catholic Church authorized the filming of a film about the Sistine Chapel, thus advertising this masterpiece of the Renaissance, and on the other hand, wants to close it from tourists. Jones did not like the installation in the chapel of artificial lighting, completely destroying the idea of ​​Michelangelo, who planned his painting so that it came to life in the rays of natural light and the light of hundreds of lit candles. We can only look at what, in the end, the new policy of the Vatican will lead to regarding the great works of art belonging to the Catholic Church.