Pictures made on glass can turn simple glass sheets into a unique work of art. Such compositions are extremely rare, these are skillfully and exquisitely executed heritage items of artists of past centuries. Embossments in such paintings are made using a special engraving technique and can strike the imagination with sophisticated beauty, richness of color, mystical brightness and craftsmanship. 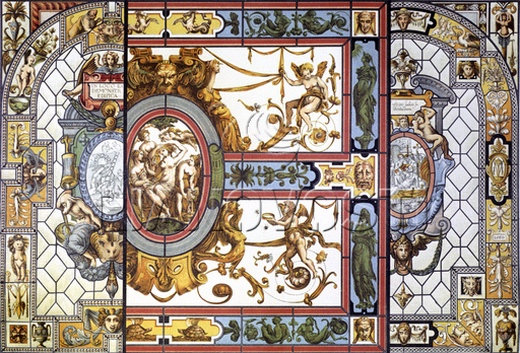 These works, perhaps, can be attributed to the Italian Renaissance, but even today paintings on glass are amazingly popular all over the world. Such paintings were brought to India at the turn of the 19th century. Indian artists began to apply a new form of painting for themselves because of Chinese characters, which are firmly established in the coastal part of India.

Very complex paintings of glass loved to include the elite and the upper classes of society, and sometimes royal families, in their interior. Indian craftsmen opened the door to the most famous and sought-after form of applied art in the country and cherished this tradition, which is able to make a deep impression on people.

According to experts, the state of Gujarat is the forerunner of glass painting in India. Many years later, art began to flourish in many nearby areas. Themes of work corresponded to regional diversity. They were characterized by folklore, the theme of Indian epics, various religious events that overlapped in time. European themes affected mythological stories, natural landscapes, portraits of famous people and animals. Often, royal families ordered famous masters to create portraits on glass in order to emphasize their consistency and individuality.