Svetlana Malakhova: exhibition of paintings "My Solo" at the factory "

Talented Russian artist Svetlana Malakhova presented her new works to the capital public as part of the author’s project “My Solo” at the factory. ” For the exhibition, the NAZAVOD Gallery was selected. You can see and evaluate the artist’s work from September 21 to October 19. 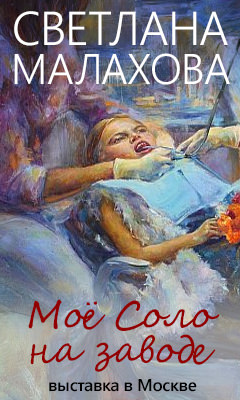 The artist began her creative career back in school. Then she and her friends became interested in "fashion illustrations" and painted her "models" on ordinary sheets torn from a school notebook. Already in school years, she was sure that she would conquer the largest centers of world painting, and she quickly went towards her dream.

Then there was study at Stroganovka, courses at the Repinsky Academy of Arts, in the studio of Yuri Kalyuta, courses at the art academies of Florence and New York. The career of the artist developed successfully largely thanks to her perseverance and many hours of daily work. The result is the opening of our own gallery, where only true connoisseurs of painting can get.

At the new exhibition, the artist presents not only oil paintings, but also paintings painted with watercolors using various techniques, as well as sketches inspired by the impressions of traveling through European cities. According to Svetlana Malakhova herself, she is most attracted to the faces of ordinary people whom she meets in restaurants, on the street, at train stations, and even in doctors’ offices. She surprisingly accurately and vividly manages to convey their emotions and experiences.

At the exhibition you can see still lifes, portraits, and sketches. The artist pays special attention to urban landscapes, in which there is always a place for people, their professions, hobbies, expectations. Svetlana Malakhova has repeatedly admitted that New York inspires her most with its skyscrapers and a special atmosphere. In turn, the American metropolis is also favorable to her - Svetlana Malakhova has repeatedly exhibited at one of the best venues in New York’s Agora gallery. 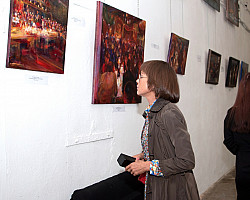 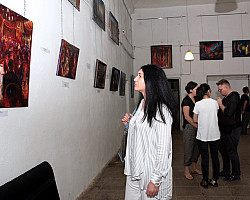 In the creative piggy bank of the artist, she studied at the most serious world art schools, exhibitions in the best galleries in the USA, France, Russia, illustrating the works of the famous writer Zlata Nata and many paintings that decorate the halls of the Russian-German Institute of Culture in Dresden today are located in private collections and in leading galleries of the world. At the exhibition “My Solo” at the factory, art lovers will once again be convinced of the ambitious talent of the artist, her ability to feel emotions and mood, admire the world and people.