Innocent copy or intentional forgery? Studies of fake Rembrandt at the Fralin Museum of Art

For many years, one painting was stored in the attic of the Old Cabell Hall, and then in the new art repository of the Fralin Museum of Art at the University of Virginia. It depicted a young man in a velvet beret, and on a tiny tablet on the work frame there was only one word - “Rembrandt”. 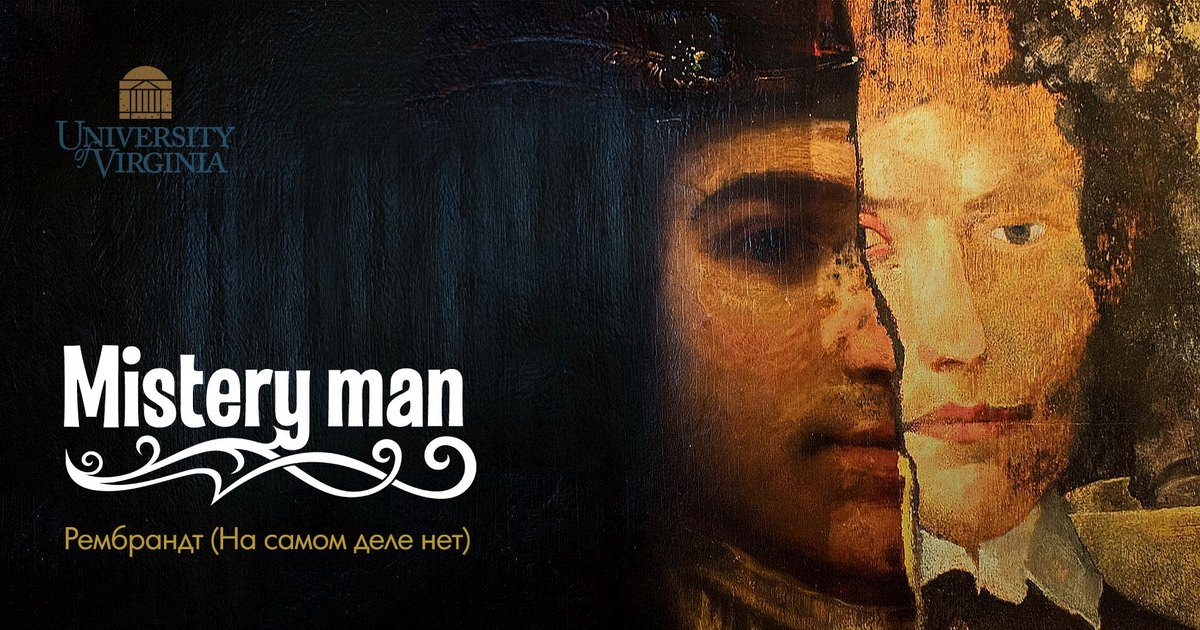 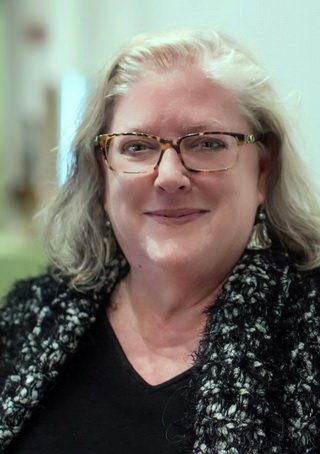 Jean Lancaster, the museum’s collection manager, reopened this painting in 2016 when she began to prepare for the new “Collect, care, keep, curate: the life of an art object” exhibition that opened at the museum last Friday. Having examined the work from all sides, she considered that the wooden panel on which it was written looks old, perhaps old enough to belong once to the 17th-century Dutch master Rembrandt van Rijn. However, Lancaster was skeptical of the picture itself.

“I thought it was probably not Rembrandt, because the painting had been stored in storage rooms for so long and had never been exhibited,” she said.

Nevertheless, she became curious to find out when and why the canvas was attributed to Rembrandt, and Lancaster began to investigate its origin. What she eventually found not only did not reveal this secret, but also added two new ones to it.

Part of the history of the picture is quite simple. Charlottesville attorney and art collector George Gilmer donated work in 1961 along with a group of other European paintings that he donated to the university in the 1950s and 1960s. Gilmer himself probably bought it from his friend, landowner of the Albemarl County and the Dutch art dealer Baron John von Liedersdorf. In a letter to the director of the museum, attached to a generous gift, the collector openly admitted that some canvases, including the alleged Rembrandt, arouse his suspicions.

The initial analysis of the authenticity of the painting was undertaken by the expert of the University of Virginia Larry Gedde (Larry Goedde) and the chief specialist of Fine Art Conservation Virginia Scott Nolly (Scott Nolley).

“Looking at the picture, it was hard for me to believe that it actually dates back to the 17th century,” Gued said. “Rembrandt used a much more complex and diverse technique and palette to depict, for example, wrinkles around the eyes or the whites of the eye itself. This is clearly not his hand. ” 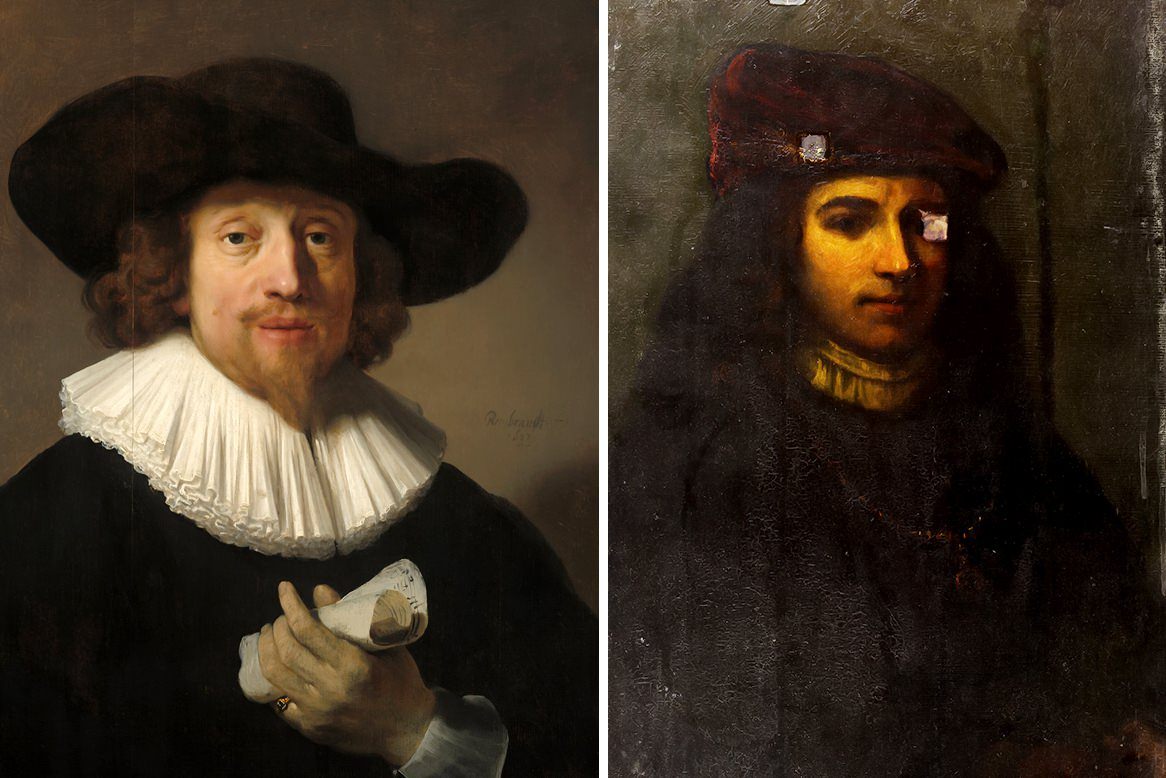 Nolly agreed with him.

“I was immediately alerted to the drawing and modeling of the portrait image, given that the painting was attributed to Rembrandt,” he said. - “Coloring the intended image became characteristic of the portrait of the beginning of the twentieth century. The painting lacked ingenuity, thoughtful figurative and technical aplomb, which distinguished the work of the famous master. ”

After such a conclusion, there were 3 possible options: the inept repainting and restoration work could so hide the picture of the 17th century that it became unrecognizable; the picture could be a harmless copy of Rembrandt’s work, intended for decorative use; deliberate falsification intended to deceive collectors and museums.

Further tests added another question to the riddle. A study using long-wave ultraviolet illumination - a technique used to visualize layers hidden when painting or retouching paintings - showed a dense layer of varnish that precluded the possibility of seeing any signs of previous restorations. Such varnishes are sometimes used by falsifiers to hide traces of their work.

Then Nolly and Lancaster decided to try to explore the picture with the help of x-rays. And they were amazed at what appeared on the screen. A different face was hidden under the portrait, and now the museum has two mysterious paintings instead of one. The X-ray showed an image of an elderly man dressed in something resembling a military uniform. Experts dated the hidden portrait around the year 1700 and suggested that it belonged to a brush by an unknown artist and was simply left for later use on the panel on which it was painted. 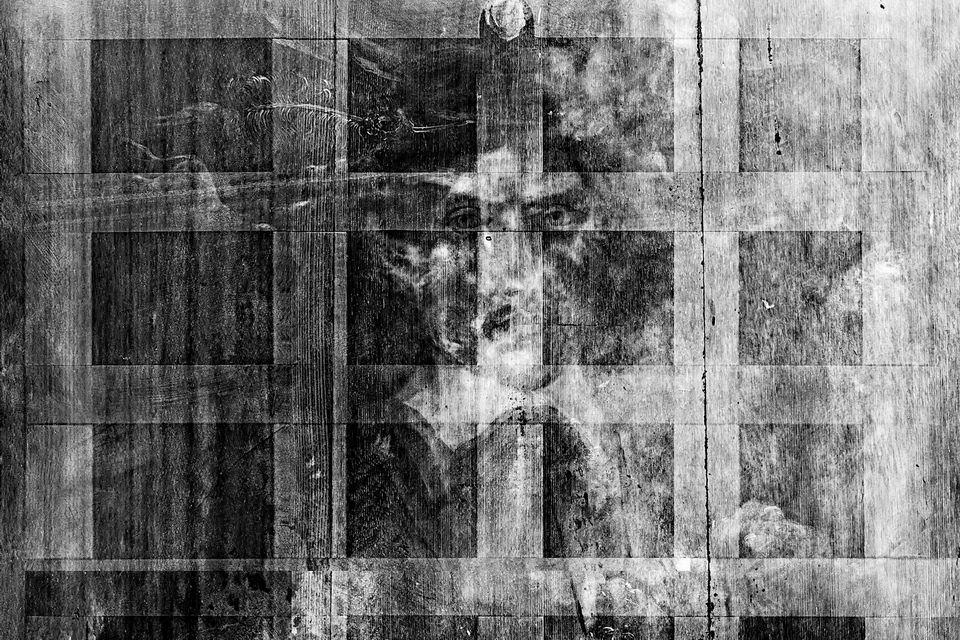 An x-ray revealed the presence of a second portrait under the painting attributed to Rembrandt. Image courtesy of the UVA Imaging Center

The research team decided that work can be a good teaching tool if you open part of the old image to demonstrate to students how and by what means you can track the history of the creation and restoration of a work of art.

For this purpose, it was decided to remove the top coat of paint from part of the work in order to expose an earlier portrait. However, in the process it turned out that the paintings were actually not 2, but 3. An academic landscape was painted on top of the original portrait, and only then a painting presented as Rembrandt’s work. Specialists dated the landscape around the 18th-19th centuries. 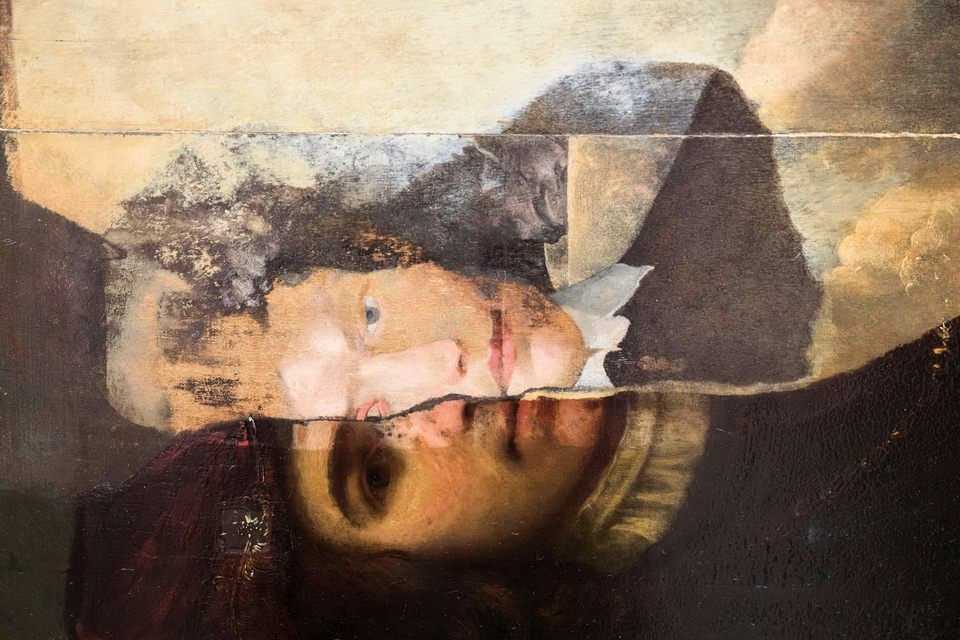 The horizontal arrangement of the canvas helps to better see the outlines of the landscape under two layers of paint and varnish - clouds on the right, a brick building on the left. Photo by Dan Addison, University Communications

When Nolly used X-ray fluorescence to identify the elements used in coloring pigments, he discovered that the topmost picture contained white titanium, which only began to be used in paints in the 20th century. The varnish covering the painting also contained titanium and other modern pigments.

Thus, the portrait of a young man in a velvet beret could not belong to either Rembrandt’s brush or the brush of any of his students. Most likely he was a copy or a fake.

Copies of famous paintings were very common and absolutely legal in the XVIII - XIX centuries, since photography was not yet invented. So, in 1968, a group of experts whose purpose was to determine the authenticity of all the famous paintings of the famous Dutchman discovered that many of the paintings considered to be possible fakes were in fact innocent copies or works in the Rembrandt style created by his students and followers. However, Gedde believes that this picture is not just a copy.

“I think it’s fake,” he said, referring to a clumsy imitation of Rembrandt’s style, the deceptive use of the old frame, and the presence of twentieth-century paint pigments. “Weighing all this, the canvas was clearly intended for deception.” 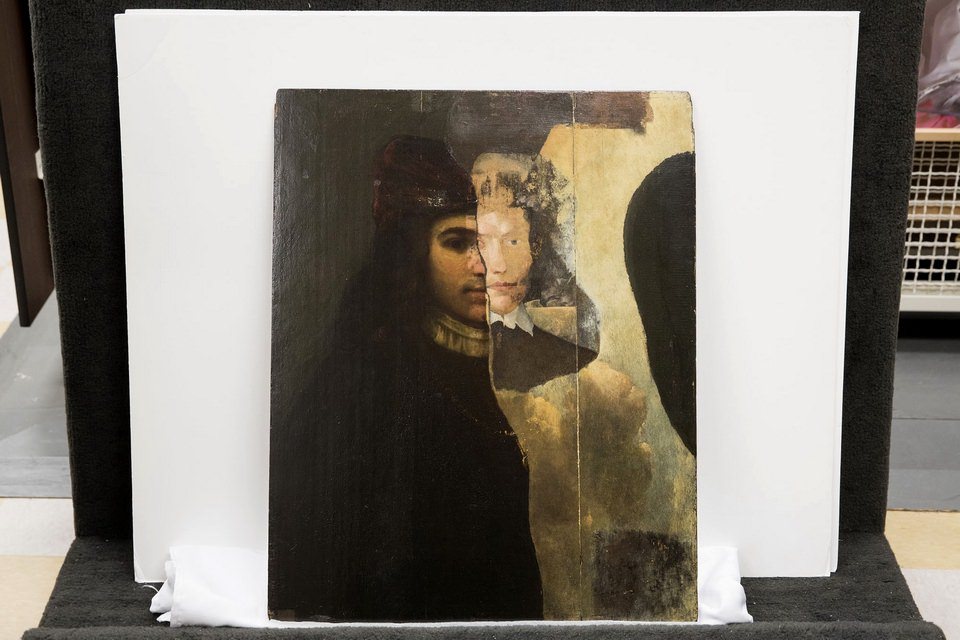 Now the picture is a textbook for students, helping them understand the style of true Rembrandt, as well as see the technique of falsification of works of art.